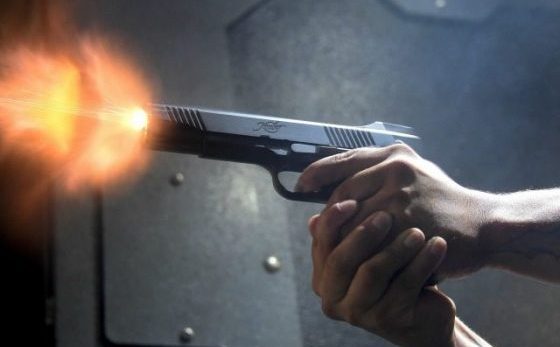 Over 60 people were shot in Chicago over the weekend, 40 of whom were shot in a 7 hour time period making gun control an epic fail. Many of those shot succumbed to their injuries and ended up dying in one of the areas with the strictest gun control policies.

ABC 7 Chicago reports that from Friday at 5 p.m. through Sunday night at least 63 people were shot, with at least 10 dying from their injuries  One paramedic reportedly described the streets of Chicago as being “a war zone,” reported The Daily Wire.  “We know that some of these incidents were targeted and are related to gang conflicts in those areas,” Chicago Police Chief of Patrol Fred Waller said on Sunday. “They take advantage of that opportunity and they shoot into a crowd, no matter who they hit.”

So gang bangers don’t care about laws? You don’t say. ABC 7 Chicago also reported that “during one two-and-a-half hour-hour period, 25 people were shot in five multi-injury shootings.” Most of the shooting took place in Chicago’s South Side and West Side according to the Chicago Tribune. Police continue to blame gangs for Chicago’s violence.

The bloody and violent statistics comes as tens of thousands of concertgoers converged downtown for Lollapalooza, which drew heightened security and a large police presence following the country’s deadliest mass shooting at a Las Vegas music festival last year. But it obviously didn’t help much in a city which boasts about having some of the nation’s toughest gun control laws. Making good people helpless won’t make bad people harmless, and unfortunately, that’s something the left refuses to accept.

The largest shooting over the weekend in Chicago, which injured eight people including a 14-year-old girl, took place in the South Side’s Gresham neighborhood. The shooting occurred as a group was standing in a courtyard just before 12:40 a.m. The crowd had gathered after attending a funeral repass, said Fred Waller, Chicago police chief of patrol.

During a Sunday news conference, Waller voiced frustration at gang members whom he blamed for taking advantage of large summer crowds to use as cover to take revenge. “If they shoot you, they don’t even run,” said one man watching police work the scene, according to The Chicago Tribune. “They just walk away, they ain’t trying to run.” Does anyone want to take a guess as to why that is?  Because the gang bangers know everyone else has been legally disarmed and there’s no risk to the gang banger at all whatsoever.