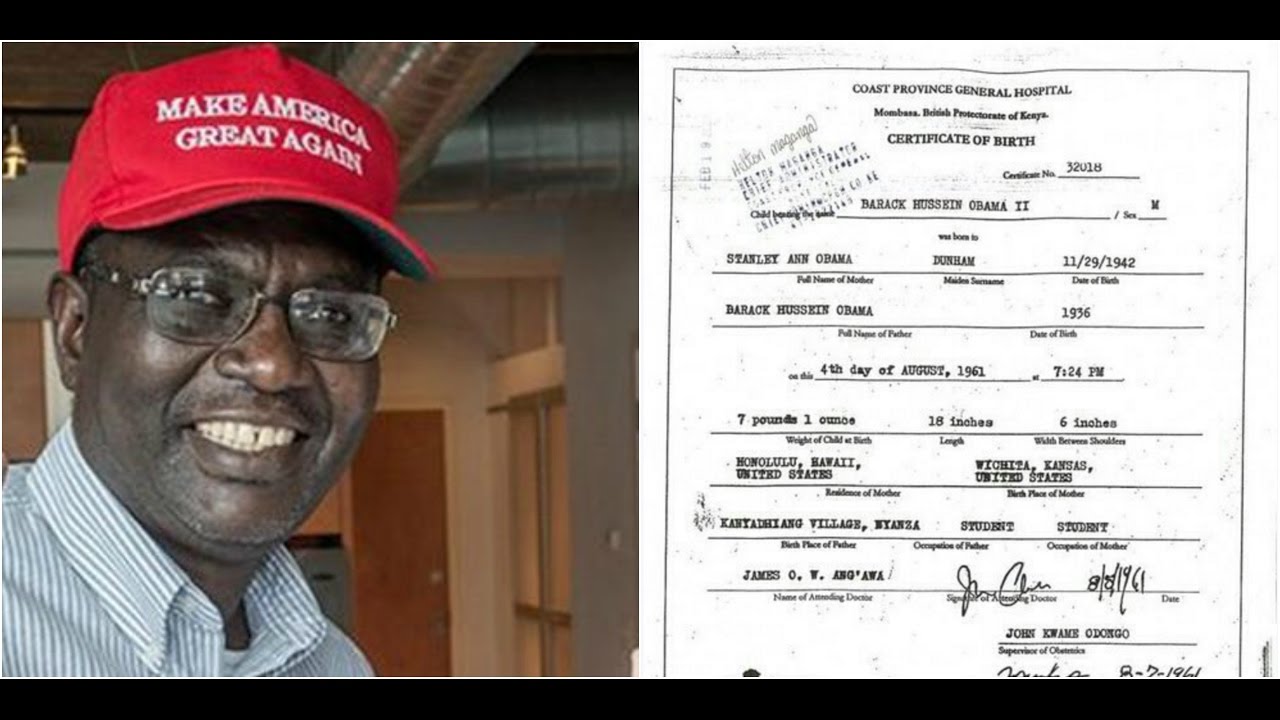 The separation between former President Barack Obama and his half-brother Malik are well-documented. Malik has mentioned on numerous occasions that Barack is inaccessible to him.

Is this enough to destroy any chance of the relationship being salvaged?

At what point does a relationship become so strained that a President’s own family stops supporting him?

As you can see by his Twitter profile picture, Malik Obama is a supporter of President Donald Trump and has been for some time.

In the run up to the 2016 presidential election, Malik supported Donald Trump and attended the third Trump-Hillary debate as Trump’s guest.

Malik seems very careful not to cast heavy or well-defined criticism toward his half-brother Barack.

He claims that they do not communicate and that he barely knows his brother.

But many Americans still wonder if he was trying to tell us something with that March 2017 tweet, without having to come out and say it directly.

The Obama Kenyan birth certificate has been claimed a forgery.

Malik Obama was born in 1958 in Nairobi Kenya. He was 3 years old when Barack was born.

To trust the memories of a 3-year old would be an obvious stretch. But others in the Obama family have made claims of a Kenyan birth, including his own grandmother. She claims she was there.

Someone is lying.  According to Obama’s Kenyan (paternal) grandmother, as well as his half-brother and half-sister, Barack Hussein Obama was born in Kenya, not in Hawaii as the Democratic candidate for president claims.  His grandmother bragged that her grandson is about to be President of the United States and is so proud because she was present DURING HIS BIRTH IN KENYA, in the delivery room.  -This, according to several news sites and Pennsylvania attorney Philip J. Berg (see video below) who is, surprisingly, a life long democrat himself.  Berg is the former Deputy Attorney General of Pennsylvania, and he has an impressive background in his activities as a democrat, but his support for the party seemingly stops when it comes to his trust in Barack Hussein Obama.

Isn’t it funny how controversial items have a way of getting lost on the internet?

This alleged recording of a call between Bishop Ron McCrae and Sarah Obama (Barack’s grandmother) has somehow survived the YouTube purge, for now.

Watch it while you can. It may not be there for much longer.

We might never know, with 100% certainty, where Barack Obama was born. But the Kenyans certainly seem to think he was born there, and so do several members of the Obama family.

Barack Obama admitted he came from Kenya last month, but as usual he was careful not to say he was “born” there. Some might say that this was his way of satisfying the Kenyans while maintaining a level of plausible deniability.

Obama is gone and some might also say that it hardly matters now.

The former president must still be brought to justice, IF the truth is ever fully revealed and it is discovered he was factually born in Kenya.

I doubt we will ever see that day, but that does not mean we should lay down and let the story go away.

The truth must always win.

If Barack Obama defrauded America, and the world, then justice must eventually be brought upon him.