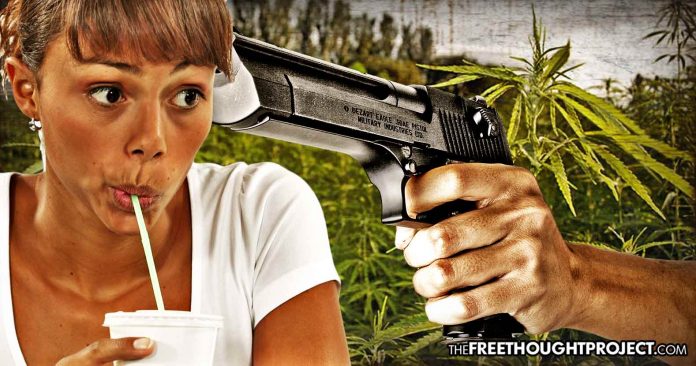 The recent ban of plastic straws in numerous municipalities throughout California is a striking example of how the government passes revenue generating laws in a frantic attempt to solve problems of their own making.

There is no doubt that plastic pollution is a serious problem that needs to be addressed by the people of the planet. According to a report published by the Ellen MacArthur Foundation, by the year 2050, there will be more plastic in the oceans than there are fish. Right now, one garbage truck of plastic is dumped into the ocean every minute.

This disturbing reality is underscored by the recent discovery of another giant patch of plastic—bigger than Mexico—floating in the South Pacific Sea. It was discovered by Captain Charles Moore, who found the North Pacific Garbage Patch in 1997.

The effects of this ocean epidemic are captured in videos of marine life being impaled, trapped or killed by plastic. One distressing video shows researchers in Costa Rica removing an entire plastic straw from the nostril of a sea turtle. In another video, a whale asks fishermen for help removing a plastic bag from its head and then appears to flap its fin in appreciation. One million seabirds die each year from ingesting plastic debris, and up to 90 percent have plastic in their guts.

However, forcing people to pay fines for using plastic straws is not the solution. Instead, finding alternatives and cleaning up the existing mess in the oceans should be the focus. Furthermore, the government should not be entrusted with solving this problem, as they are largely responsible for fact that plastic, instead of hemp, is used for most everyday products.

Although hemp was just officially made illegal in 1970 as a part of the Controlled Substances Act, it was not considered as a viable source for most commercial merchandise throughout the 20th century as a result of cannabis prohibition. Prior to cannabis prohibition, hemp was used for a surprising number of industrial products, including most paper, fabric, textiles, and paints.

Oddly enough, the first cars were initially built to run on ethanol, or alcohol, which could also be derived from hemp. Henry Ford even famously designed a car model that ran on hemp fuel and was partially built with hemp as well.

Ford was not the only early auto inventor who had a vision of cars running on plant-based fuel. Rudolf Diesel, the inventor of the Diesel engine, built his original model to run on biofuel, but the engine was modified to run on petroleum-derived diesel after his untimely and mysterious death.

Unfortunately, alcohol and cannabis prohibition made it impossible for these types of engines to be on the market, so the industry turned to gas and oil, which has had devastating consequences for the environment in just the last century.

The late cannabis activist Jack Herer suggested in his book “The Emperor Wears No Clothes” that one of the reasons why politicians got behind cannabis and hemp prohibition so unanimously, was because they were paid off by powerful lobbyists in industries that could be made obsolete by hemp.

“If all fossil fuels and their derivatives, as well as trees for paper and construction, were banned in order to save the planet, reverse the Greenhouse Effect and stop deforestation; then there is only one known annually renewable natural resource that is capable of providing the overall majority of the world’s paper and textiles; meet all of the world’s transportation, industrial and home energy needs, while simultaneously reducing pollution, rebuilding the soil, and cleaning the atmosphere all at the same time… and that substance is—the same one that did it all before—Cannabis Hemp… Marijuana!” Herer said in his book.

As the Free Thought Project has reported, hemp production—if it were legalized nationally—could replace a number of products that pollute the environment.