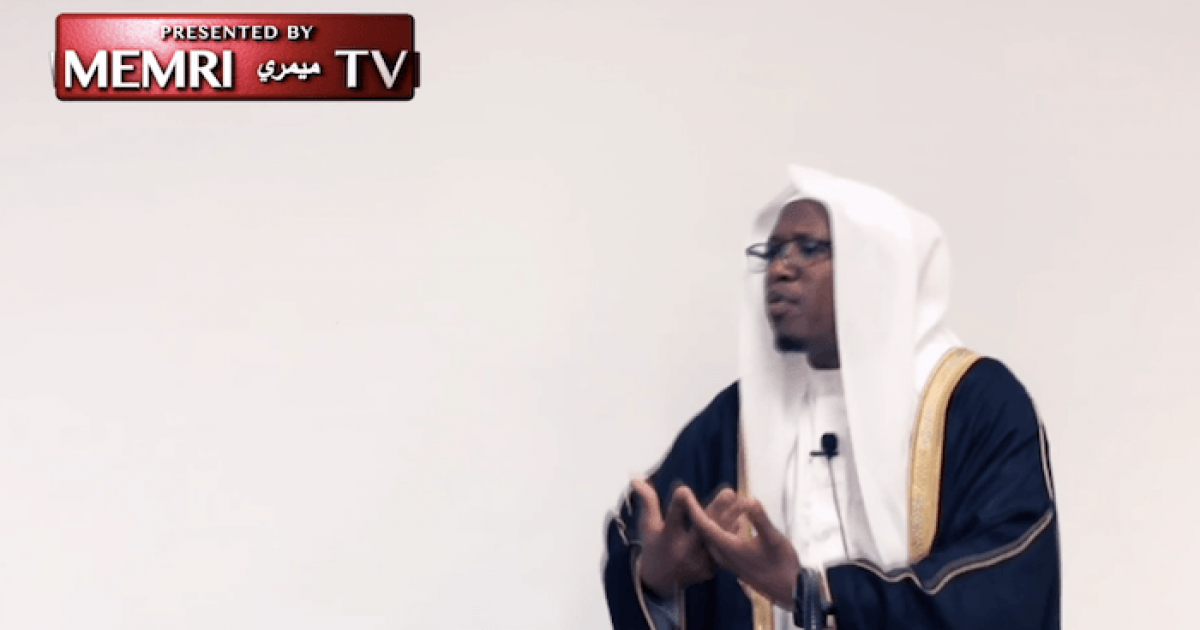 “Fight against those who disbelieve in Allah. Make a holy war…When you meet your enemies who are polytheists, invite them to three courses of action. If they respond to any one of these you also accept it and withhold yourself from doing them any harm. Invite them to (accept) Islam; if they respond to you, accept it from them and desist from fighting against them…. If they refuse to accept Islam, demand from them the Jizya. If they agree to pay, accept it from them and hold off your hands. If they refuse to pay the tax, seek Allah’s help and fight them.” (Sahih Muslim 4294)

“Virginia-Based Imam Sulaiman Jalloh: Allah Willing, America Will Be a Muslim Nation, Islam Is the Solution to the World’s Problems,” MEMRI, June 22, 2018:

Imam Sulaiman Jalloh, who delivers sermons in English at several mosques in the Washington, D.C. area, including the Loudon Islamic Center in Leesburg, Virginia, the Dar Al Noor mosque in Manassas, Virginia, and the Prince George’s Muslim Association in Lanham, Maryland, said in a sermon that Islam was the “only solution to solve America’s problems.” It would solve the world’s problems, he said, but none of the Muslim countries could serve as an example of the implementation of Islam to solve life’s problems. He further said that the U.S. has “great potential” and that he believed that “it will be a Muslim nation, and potentially one of the best Muslim nations that you will see in a long time.” The sermon, titled “The Source of Slavery & Nazi Laws,” was posted on his YouTube channel on June 22.

Dozens of Imam Jalloh’s sermons can be found on his own YouTube channel, the YouTube channel of the Dar Al-Hijrah Islamic Center in Falls Church, Virginia, the YouTube channel of the Muslim Association of Virginia, and the website of the Prince George’s Muslim Association. Imam Jalloh has also spoken at many Islamic events. In October 2016, he told CNN in an interview about the U.S. presidential election: “Today, some people say, ‘You and I have no right to be here.’ That although this nation was founded on freedom of religion, your religion and mine is not welcome here’… My dear respected brothers and sisters: This time, I believe none of us has the option to just sit home.”

The following are excerpts from Imam Jalloh’s July 22 sermon:

Sulaiman Jalloh: “Allah teaches us to help the needy people of all kinds of needs. That is why Islam is only solution to solve America’s problems. Islam will be the solution to solve the world’s problems. Do you know why people are not implementing Islam as the solution? Find one Muslim country that has implemented Islam to solve all the problems of the Muslim countries. Not one can be an example of how Islam solves all of life’s problems. That’s the problem we have, brothers and sisters. We are not going to absolve ourselves from this we need to show people the way the Prophet sallallahu alaihi wasallam [peace be upon him] showed people.

“Islam spread not because any of us spread it but because Allah spread it. The companions of the Prophet sallallahu alaihi wasallam went to all corners of the world and they were successful just by trading with people, bartering with people, and showing them the adl [justice] of Islam, not by the sword. You cannot compel people. La ikraha fee alddeeni qad tabayyana alrrushdu mina alghayyi [let there be no compulsion in religion. Truth stands out clear from error]. This is what Allah said. America has great potential, I strongly believe, inshallah, it will be a Muslim nation, and potentially one of the best Muslim nations that you will see in a long time. Because there are a lot of people with good hearts, and when they embrace this deen [religion] and taste its sweetness, they are going to make better policies that help everyone inshallah.”