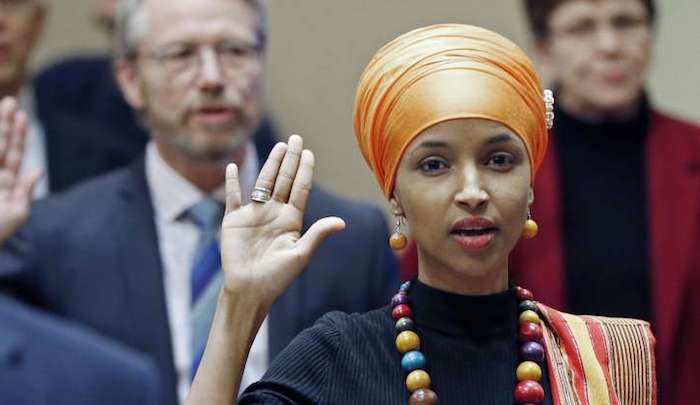 Despite this compelling evidence of dishonesty, Ilhan Omar will almost certainly be elected to Congress: voting against her would be “Islamophobic.”

Minnesota state Rep. Ilhan Omar (D-60B) is the presumed frontrunner for the MN-5 House seat being vacated by Rep. Keith Ellison (D). The seat is safely Democratic; Hollywood progressives, local party officials, and Minnesota media have all but scheduled the August 14 primary as her coronation. Their enthusiasm is rooted in Omar’s identity: she is a photogenic, hijab-wearing Muslim who entered the United States as a Somali child refugee.

Likely because of this, however, Omar’s media and party supporters have been aggressively uninterested in a disturbing allegation about Omar with legal ramifications: that in 2009, she seems to have married her brother. That allegation has been public for nearly two years without Omar addressing its specific foundations.

Newly uncovered evidence — exclusively published below — adds another allegation: Ilhan Omar has since signed off on apparent falsehoods, under penalty of perjury, during her 2017 divorce from the man in question: Ahmed Nur Said Elmi.

Minnesota law deems court records of divorce proceedings to be available to the public. In 2017, several months after Omar’s marriage history briefly created a national news item, Omar quietly petitioned family court for a default divorce, claiming she could not locate Elmi.

The above document depicts Omar, under penalty of perjury, attesting to the court that she has not had contact with her legal husband since June 2011.

To those familiar with the 2016 coverage of this story, this claim should strike as a jaw-dropper. (Ed. note: scroll down below for a summary of the Ilhan Omar backstory.)

To reference just one example, the three immediately following photos were pivotal elements of the 2016 coverage. These pictures first appeared on Ilhan Omar’s personal Instagram account in 2014 (her username at the time was “hameey”), and depict Ilhan visiting Ahmed Nur Said Elmi in London that year.

There are many other examples of consistent social media communication — comments, likes — between the two since June 2011.

When confronted with the above pictures in 2016, UK resident Ahmed N. Elmi admitted to a reporter that he was indeed the scarved man in the three pictures. However, he also claimed to not know the name of the woman in the colorful head covering adjacent to him, and that she certainly was not his legal wife. He then gave the reporter a different birthdate for himself than the April 4, 1985, birthdate given for Ahmed Nur Said Elmi in Omar’s divorce petition.

In short, he claimed to simply be a different Ahmed N. Elmi, who coincidentally happened to get photographed with Ilhan Omar at a London event.

On October 20, 2013, Elmi posted the above photos of himself in the hospital following minor surgery.

Clearly, his hospital intake bracelet identifies his date of birth to be April 4, 1985.

While other men named Ahmed Elmi have lived in the U.S. and London, there simply are no records to be found of another one sharing the exact birthdate as the Ahmed Nur Said Elmi whom Ilhan Omar divorced. Of course, this Ahmed Elmi has also been photographed with Ilhan Omar, and regularly communicated with her on social media.

Her comment indicates that she knew how to reach Elmi by phone years after June 2011, another strike against her sworn claims.

Why might Omar apparently risk her political career and serious legal exposure by attesting to that easily challenged “June 2011” claim? Could it credibly be faulted to an honest, if severe, mistake?

Another document from Omar’s 2017 divorce proceedings suggests a more compelling, if speculative, motivation:

The above document contains extraordinary information.

First, Ilhan attests that there are no children born “of” her marriage to Ahmed Elmi, but that one of her children was born “during” that marriage. A yellow box notes that the document “has been updated since signed,” and an initialed note contains the update:

The Respondent [Ahmed Nur Said Elmi] has not signed a declaration of non-paternity as the Petitioner [Ilhan Omar] has had no contact with him since before the child was conceived.

In 2016, Ilhan told the press that her 2009 marriage to Ahmed Elmi was essentially a two-year hiatus from her relationship with Ahmed Hirsi, the legal father of all three of her children. She claimed to have separated from Hirsi, then met and married Elmi, a relationship which failed permanently sometime around June 2011, and then rekindled with Hirsi and had a third child.

Ilhan is filing for default divorce here. I cannot imagine that a judge would grant a divorce without Elmi even being served if the paternity of a minor child was in question.

On this point, one last bit of evidence seems to be a Pandora’s Box:

That’s Elmi himself, holding baby Ilwad at the hospital. She was born the day before to his legal wife, Ilhan Omar. Who attested in court that she has had zero contact with Ahmed Elmi since before Ilwad was conceived, let alone born.

The silver lining for Elmi here is that he still likely has little reason to fear a process server greeting him in London with a paternity test.

Because he clearly calls his wife’s child … a niece?

For Rep. Ilhan Omar, everything about this Instagram post is a Code Red, and she’s up for election in six days. PJ Media has emailed her campaign seeking comment multiple times since August 3, but has not yet received a response….