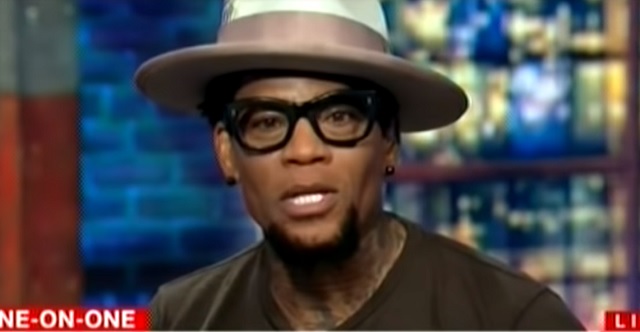 For historical context, white people were the first to end slavery and they repealed the Jim Crow laws.

“The bottom line is this,” Hughley said. “We have watched children being put in cages. And the very scriptures that they quoted to put black men in chains, they used to put immigrants in cages.”

The term racism is said to have originated with communist Leon Trotsky in 1933, but it was only popularized rather recently by Trotsky’s bedfellows in the US media.

Here’s a Webster’s dictionary from 1955 showing the term “racism” didn’t even exist:

The New York Times’s Chronicle, which mapped out what percentage of Times articles included specific words over the years, showed they didn’t start pushing the term until around the late 1960’s:

As the Times’ Chronicle feature produced embarrassing results such as those above, the viewer was disabled shortly after it was released.

“Racism” is an interesting word in that it has no set definition. In Hughley’s case, for example, he thinks it’s not racist to say white people as a racial group should not be allowed to decide what is and isn’t “racist.”