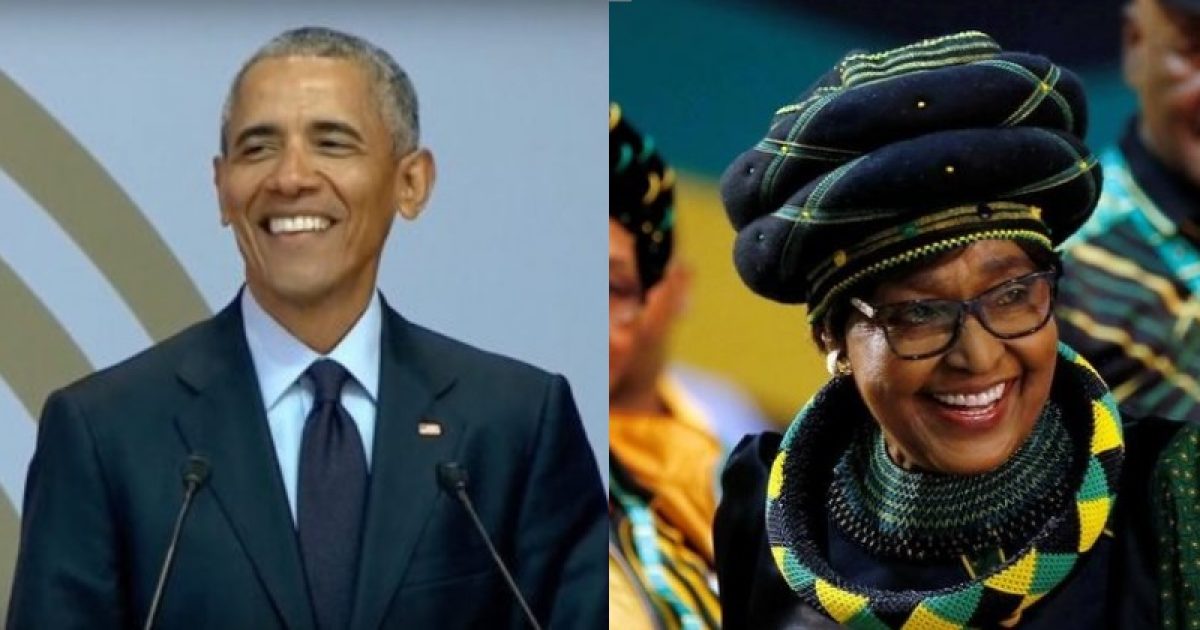 Barack Obama can never get enough awards. Here’s one he truly deserves.

The award honors global leaders for “their exceptional work toward a more just and peaceful world.”

Along with Obama, Discovery President and CEO David Zaslav, Humana CEO Bruce Broussard and New Jersey Gov. Phil Murphy (D) will also receive the Ripple of Hope award, according to a release.

Stompie Seipei was killed on Winnie Madikizela-Mandela’s instructions to prevent the Mandela “crisis committee” discovering how badly the Mandela United Football Club had assaulted four youths they had abducted from the Soweto Methodist Manse, the Truth and Reconciliation Commission heard on Wednesday.

Former club “coach” Jerry Richardson testified that Madikizela-Mandela decided to kill Seipei to cover up what had happened.

The Mandela crisis committee, made up of church, community and ANC leaders, was formed to secure the release of four boys, including Seipei, who were abducted from Methodist minister Paul Verryn’s manse in late December 1988.

“I slaughterd him (Seipei) like a goat,” Richardson said, as Seipei’s mother, Joyce, left the hearing hall in tears.

Truly a peace prize worth throwing over the fence, John Kerry style.