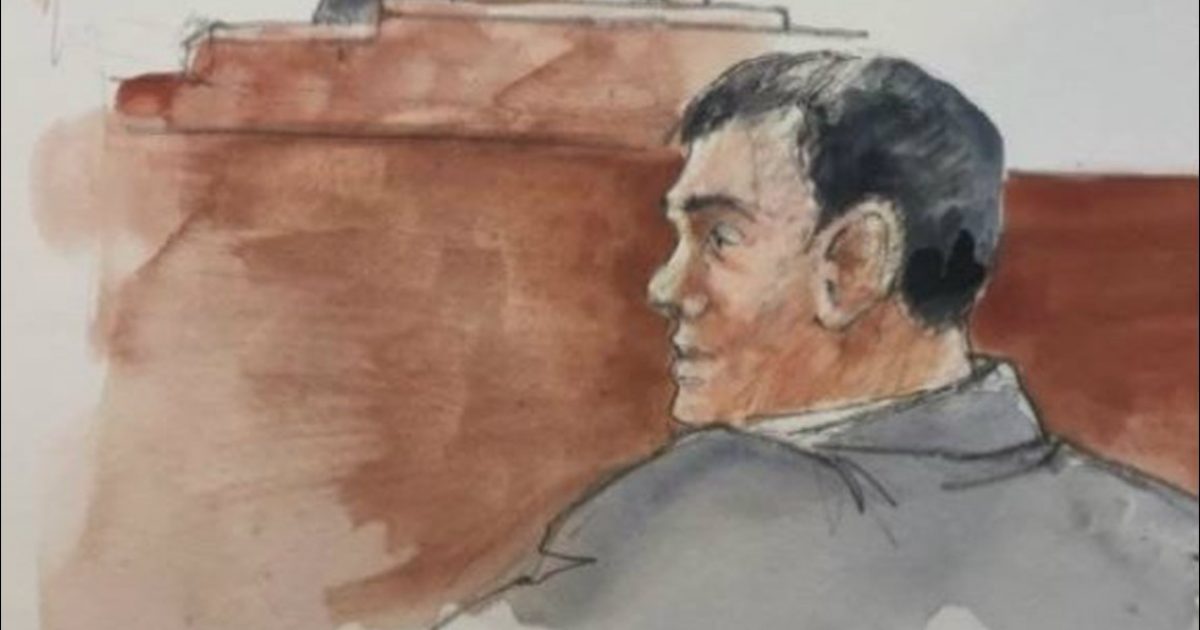 FBI special agent Joseph Astarita was found not guilty after a three weeks trial in which he was accused of obstruction of justice and making false statements in the shooting of LaVoy Finicum on January 26, 2016.

“I had no indication I had fired. I didn’t hear it, feel it, see it that day,” Astarita told jurors this week.

After less than a day of deliberation, a jury of nine men and three women found FBI special agent Joseph Astarita not guilty of lying about a high-profile police shooting during the 2016 Malheur National Wildlife Refuge occupation.

Investigators said law enforcement fired a total of eight shots at the roadblock. While all were deemed justified, Astarita’s three-week trial revolved around two of them.

Even with Astarita’s acquittal, it’s still uncertain who actually took those two shots. The verdict leaves several open questions about a pivotal moment in the 2016 occupation.

“I’m disappointed that we’re not going to come to a resolution as to where those shots came from,” said former FBI Special Agent in Charge Greg Bretzing, who oversaw the agency’s response to the occupation and approved the Jan. 26, 2016 operation to arrest the leaders. “I believe that the jury made an informed decision based on all the evidence that was presented to it.”

But the jurors in Federal District Court concluded that Mr. Astarita, 41, a 13-year veteran with the F.B.I. and a member of its elite hostage rescue team, was not the one who fired the mysterious shots. The decision only deepened the mystery that has surrounded the unexplained shots, and has been a topic of intense debate among law-enforcement officials, conspiracy theorists and militia supporters ever since the confrontation along a snowy, tree-lined rural road in central Oregon.

The verdict was seen as a victory for the rescue team whose members said they had felt besieged by the charges against Mr. Astarita. Teammates who had supported Mr. Astarita, believing he had never fired the shots, expressed relief at the outcome. And for the F.B.I., the acquittal was a rare public exoneration in face of relentless attacks by President Trump and his conservative allies.

For federal prosecutors, the decision was only the latest disappointment in two years of efforts at obtaining significant convictions in trials of leaders or participants in the takeover of the Malheur National Wildlife Refuge.

The entire case should have been blown wide open with opening testimony by former Special Agent in Charge Greg Bretzing, when it was revealed that the government was involved in multiple Brady violations concerning this trial.  That became something of a question for me as to how they might get their sniper off the hook for that which he stood accused.

The fact that the FBI does not account for all of the rounds its agents fire should be concerning to anyone and everyone.  Even more disturbing is the fact that the FBI didn’t want body cam footage from Oregon State Troopers.  What is the point of body cams if you can turn them on and off at will?

In fact, Shari Dovale, who attended and reported on the trial wrote about the FBI’s handling of the crime scene.

After approximately one week of testimony one of the biggest messages I walk away with is that the FBI treated the crime scene — where LaVoy was shot and killed — much differently than they had been taught and trained to.  They walked all over the crime scene picking up pieces of potential evidence, ordered the Oregon State Police to turn off their body-cameras and refused to give individual statements to the criminal investigator assigned to learn the truth about the events leading up to the shooting of my husband.  I wondered quietly, how many of us would have been allowed to write our own rules, not any one of us would be allowed to throw out the rule book without explanation or reason.

The family of LaVoy Finicum has also filed a wrongful death lawsuit, which is quite expensive.  Finicum’s widow, Jeanette spoke about what’s been going on.

They will be facing enormous legal costs associated with the lawsuit, something a service I provide can save substantially on, and so if you are able to make a donation, purchase a book, tshirt or Pocket Constitution, it would greatly offset the costs of deposing dozens of individuals and retaining several expert witnesses.

It’s obvious that someone is covering something up.  How does the FBI not know who fired shots and who didn’t fire shots?  It’s abundantly clear that when Finicum exited his truck at least two shots can be heard hitting the truck.  Take a look and listen.

And though there were eight shots fired at the scene, only 2 shell casings were ever recovered.  That’s quite convenient, isn’t it?

Defense lawyers Robert Cary, based in Washington, D.C., and Portland defense lawyer David Angeli called Astarita “a hero who puts his life on the line for his country every day.”

“We are grateful to the men and women of the jury who saw through a case that never should have been brought,” they said in a statement. “Joe Astarita is innocent, and it was our privilege and honor to represent him.”

Look for Astarita to follow in the footsteps of Lon Horiuchi, an FBI HRT sniper and former US Army officer, who shot unarmed Vicky Weaver in the head while she ran inside with a baby in her arms at Ruby Ridge

.  He was later promoted.

There is still time to at least bring the truth to light through the wrongful death lawsuit.  Won’t you help?