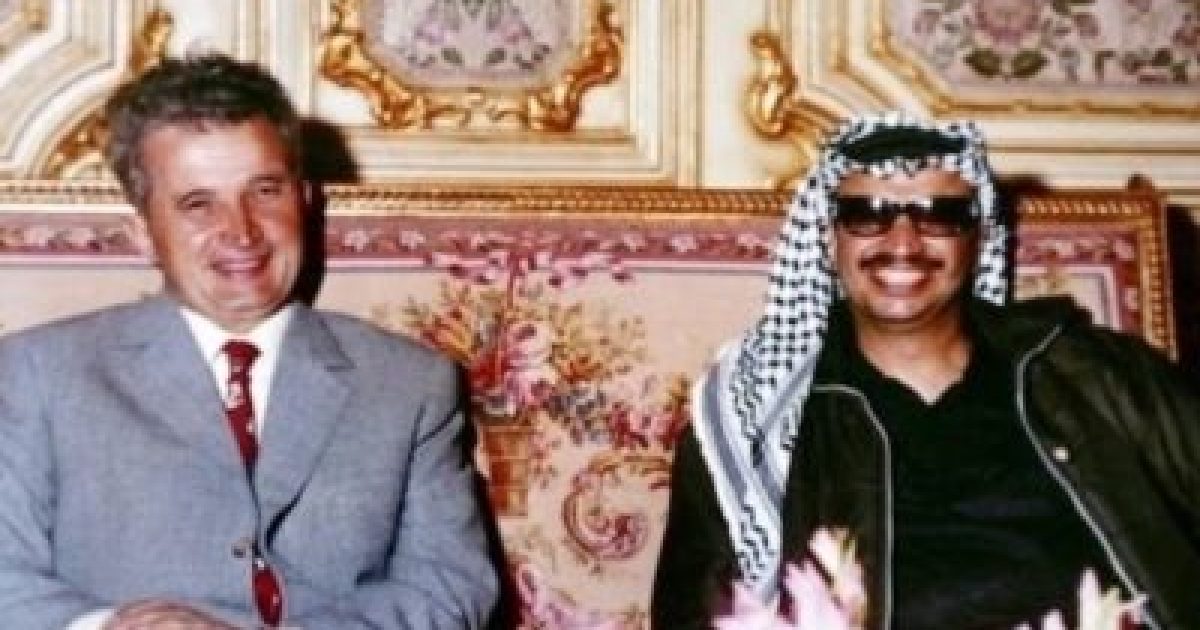 Note: This is an exclusive excerpt from Robert Spencer’s new book, The History of Jihad From Muhammad to ISIS

. All quotes are sourced in the book.

In 1948, the nascent state of Israel defeated forces from Egypt, Iraq, Syria, Transjordan, Lebanon, Saudi Arabia, and Yemen that had been determined to destroy it utterly. The jihad against it continued, but it held firm, defeating Egypt, Iraq, Syria, Jordan, and Lebanon again in the Six-Day War in 1967, and Egypt and Syria yet again in the 1973 Yom Kippur War. In winning these victories against enormous odds, Israel won the admiration of the free world, leading to the largest-scale and most audacious application in Islamic history of Muhammad’s dictum “War is deceit.”

In order to destroy the impression of the tiny Jewish state’s facing enormous Muslim Arab foes and prevailing, the Soviet KGB (the Soviet Committee for State Security) developed the fiction of an even smaller people, the “Palestinians,” menaced by a well-oiled and ruthless Israeli war machine. In A.D. 134, the Romans had expelled the Jews from Judea after the Bar Kokhba revolt and renamed the region Palestine, a name they plucked from the Bible, the name of the Israelites’ ancient enemies, the Philistines. But never had the name Palestinian referred to anything but a region, not to a people or an ethnicity. In the 1960s, however, the KGB and Hajj Amin al-Husseini’s nephew Yasir Arafat created both these allegedly oppressed people and the instrument of their freedom, the Palestine Liberation Organization (PLO).

Ion Mihai Pacepa, who had served as acting chief of Cold War– era Communist Romania’s spy service, later revealed that “the PLO was dreamt up by the KGB, which had a penchant for ‘liberation’ organizations. There was the National Liberation Army of Bolivia, created by the KGB in 1964 with help from Ernesto ‘Che’ Guevara…the KGB also created the Democratic Front for the Liberation of Palestine, which carried out numerous bombing attacks…. In 1964 the first PLO Council, consisting of 422 Palestinian representatives handpicked by the KGB, approved the Palestinian National Charter—a document that had been drafted in Moscow. The Palestinian National Covenant and the Palestinian Constitution were also born in Moscow, with the help of Ahmed Shuqairy, a KGB influence agent who became the first PLO chairman.”

For Arafat to head up the PLO, he had to be a Palestinian. Pacepa explained that “he was an Egyptian bourgeois turned into a devoted Marxist by KGB foreign intelligence. The KGB had trained him at its Balashikha special-operations school east of Moscow and in the mid- 1960s decided to groom him as the future PLO leader. First, the KGB destroyed the official records of Arafat’s birth in Cairo, and replaced them with fictitious documents saying that he had been born in Jerusalem and was therefore a Palestinian by birth.”

Arafat may have been a Marxist, at least at first, but he and his Soviet handlers made copious use of Islamic anti-Semitism. KGB chief Yuri Andropov noted that “the Islamic world was a waiting petri dish in which we could nurture a virulent strain of America-hatred, grown from the bacterium of Marxist-Leninist thought. Islamic anti-Semitism ran deep…. We had only to keep repeating our themes—that the United States and Israel were ‘fascist, imperial-Zionist countries’ bankrolled by rich Jews. Islam was obsessed with preventing the infidels’ occupation of its territory, and it would be highly receptive to our characterization of the U.S. Congress as a rapacious Zionist body aiming to turn the world into a Jewish fiefdom.”

For tactical reasons, Jordan, which is a sovereign state with defined borders, cannot raise claims to Haifa and Jaffa, while as a Palestinian, I can undoubtedly demand Haifa, Jaffa, Beer-Sheva and Jerusalem. However, the moment we reclaim our right to all of Palestine, we will not wait even a minute to unite Palestine and Jordan.

Once the people had been created, their desire for peace could be easily fabricated as well. Romanian dictator Nicolae Ceausescu tutored Arafat in how to play the West like a fiddle. Pacepa recounted: “In March 1978, I secretly brought Arafat to Bucharest for final instructions on how to behave in Washington. ‘You simply have to keep on pretending that you’ll break with terrorism and that you’ll recognize Israel—over, and over, and over,’ Ceausescu told him [Arafat]…. Ceausescu was euphoric over the prospect that both Arafat and he might be able to snag a Nobel Peace Prize with their fake displays of the olive branch…. Ceausescu failed to get his Nobel Peace Prize. But in 1994 Arafat got his—all because he continued to play the role we had given him to perfection. He had transformed his terrorist PLO into a government-in-exile (the Palestinian Authority), always pretending to call a halt to Palestinian terrorism while letting it continue unabated. Two years after signing the Oslo Accords, the number of Israelis killed by Palestinian terrorists had risen by 73 percent.”

This strategy continued to work beautifully, through U.S.-brokered “peace process” after “peace process,” from the 1978 Camp David Accords into the presidency of Barack Obama and beyond, with no end in sight. Western authorities never seem to ponder why so many attempts to achieve a negotiated peace between Israel and the “Palestinians,” whose historical existence everyone by now takes for granted, have all failed. The answer, of course, lies in the Islamic doctrine of jihad. “Drive them out from where they drove you out” is a command that contains no mitigation and accepts none.