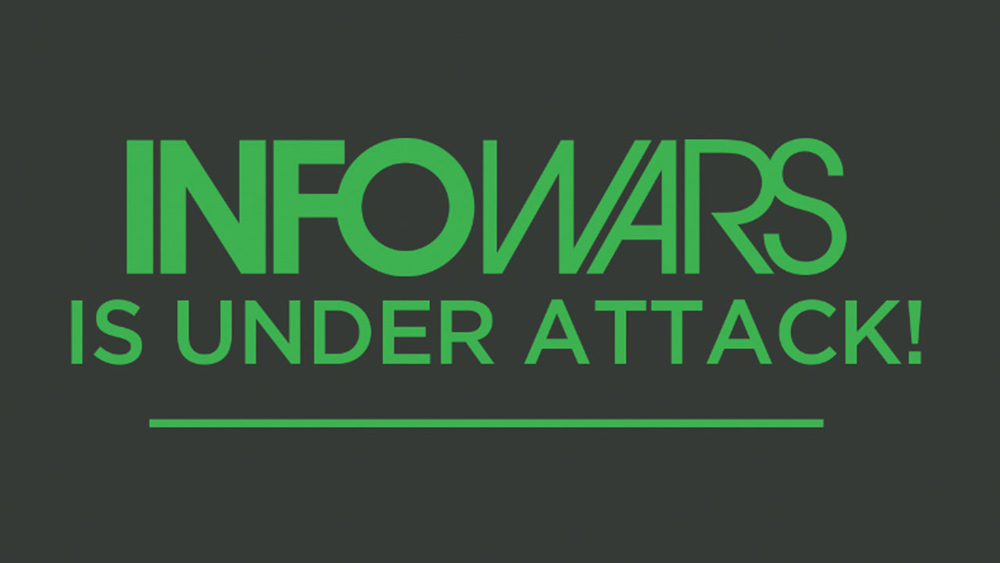 (Natural News) Beyond the extreme censorship and de-platforming of the past week, InfoWars has been under intense cyber assault in a malicious effort to utterly exterminate the Alex Jones news organization. As of right now, InfoWars is offline. The app is not loading, and the website is down.

It’s clear that America is under a coordinated, communist-influenced techno-tyranny ATTACK that’s systematically taking down all pro-Trump, pro-America content. The DOJ is asleep, practically in a coma. The President is fighting for survival against a malicious smear campaign being run by deep state operatives working in conspiracy with a complicit, anti-America media. Almost every institution of power in America — the media, the tech giants, universities, regulators and even the FBI — has been corrupted and turned against America. They are all actively coordinating a nationwide takedown of America.

We are in a state of war. We are under an intense, coordinated attack being run by hate-filled, anti-America tyrants and co-conspirators. They have decided that no one will be allowed to speak unless they support the globalist destruction of the American Republic.

Alex Jones has issued an emergency public statement, which is available UNCENSORED on REAL.video: