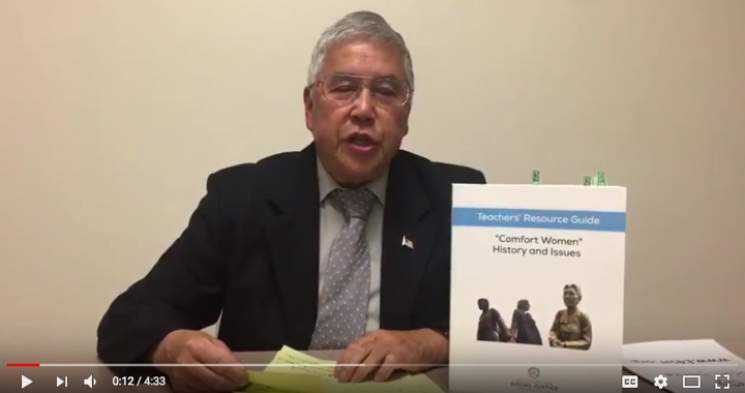 Last week, I reported on the fact that Senator Dianne Feinstein’s driver of 20 years was alleged to have been a Chinese spy, and that the media and federal investigators simply let him go, claiming that he had not provided anything of substance to the Chinese.  Now a report is out claiming that both the media and the FBI were complicit in the coverup of the Chinese spy known as Russell Lowe.

…the news that Senator Feinstein had an agent of China’s communist regime burrowed into her staff for more than 20 years was greeted with a collective yawn by the “mainstream” media. Hot Air’s Ed Morrisey reported on August 9 that “So far, news outlets like the New York Times, the Los Angeles Times, and even Washington D.C.’s own Post still have yet to report a single word on this penetration, even while both newspapers are filled with Russian intel ops and their aftermath.”

Ditto for the major broadcast networks. The Media Research Center reported on August 9: “In yet another case of double standards, the media has all but ignored a scandal surrounding longtime Democrat Senator from California, Dianne Feinstein. New reports are revealing that Feinstein had unknowingly let a Chinese spy infiltrate her office, working for her as her personal driver for twenty years. But there hasn’t been one mention on television of the story from CNN, MSNBC, ABC, CBS or NBC, despite the media’s supposed ‘concern’ over foreign nationals hacking our democracy.”

Just so we know who we are talking about, here is a video of Russell Lowe, who is not identified as the senator’s driver, but as the “Office Director of U.S. Senator Dianne Feinstein.”  The YouTube video was published by the Education for Social Justice Foundation on May 4, 2018, and is entitled “Comfort Women Sexual Slavery History.”

However, Jasper went on to point out:

Consider: The 85-year-old Feinstein, now seeking her sixth term in the Senate, has been a leading advocate for expanded relations with China for decades. And she has personally profitted from her cheerleading for the Peoples Republic of China. She and her third (and current) husband, Richard Blum, have made millions of dollars on their investments in, and deals with, the Beijing regime. (See here, here, and here.)

Feinstein has been an unstinting and enthusiastic booster of the Red Chinese dictatorship for decades, despite its ongoing horrendous record of repression, torture, censorship, religious persecution, organ harvesting, forced abortion, mass surveillance, cyber espionage, trade violations, intellectual property piracy, military aggressiveness, threats against the United States, etc. There is obviously a huge conflict of interest concerning the longtime Feinstein-Blum financial dealings with China and Senator Feinstein’s steady performance as one of Beijing’s most reliable and influential voices in the United States. Now the Russell Lowe-China spy issue adds another curious wrinkle to the picture that should inspire at least a reporter or two in the “prestige press” to dig a little deeper, right? Apparently not. The entire Fake News corral seems to be fine with Feinstein’s tweet of August 4 as the final word on her staffer-spy scandal. As a reminder, here’s what the senator tweeted: “The FBI told me 5 years ago it had concerns that China was seeking to recruit an administrative member of my Calif staff (despite no access to sensitive information). I took those concerns seriously, learned the facts and made sure the employee left my office immediately.”

So, according to Feinstein, the employee (Russell Lowe) “left my office immediately.” And did he leave the United States, or is he still here? Is he an American citizen? Why was he not prosecuted? What was President Obama’s role in extending this FBI “courtesy” briefing to a fellow Democrat — in contrast to the prosecution/persecution that has greeted President Donald Trump over the so-called Russian collusion charges? Presumably, then-FBI Director James Comey had a central role in the Feinstein-Lowe get-off-the-hook-free decision. It is also likely that then-FBI Deputy Director Andrew McCabe, his aide, Lisa Page, and her lover, Peter Strzok, chief of the FBI’s Counterespionage Section, also would have been involved. Is that not even a little bit curious? Even suspicious? The Obama-Comey-McCabe-Page-Strzok FBI allowed Dianne Feinstein’s spy to simply fade away without a peep. The Obama-Comey-McCabe-Page-Strzok FBI liars and leakers (and their underlings, many of whom are still in place at the FBI), who kept a steady stream of leaks flowing to damage President Trump, kept totally mum on Senator Feinstein for five years! And they are still keeping their lying-leaking lips sealed on the matter. We’ve only been allowed to see the tiny tip of a potentially huge iceberg.

Nothing has been done to Lowe.  He continues to serve in the area, as far as we know, as a Chinese propagandist, and neither Feinstein nor Lowe are being further investigated as either spies or traitors.

But this is par for the course when it comes to the FBI, isn’t it?

The FBI and the mainstream media is just as corrupt as Communist Senator Dianne Feinstein.