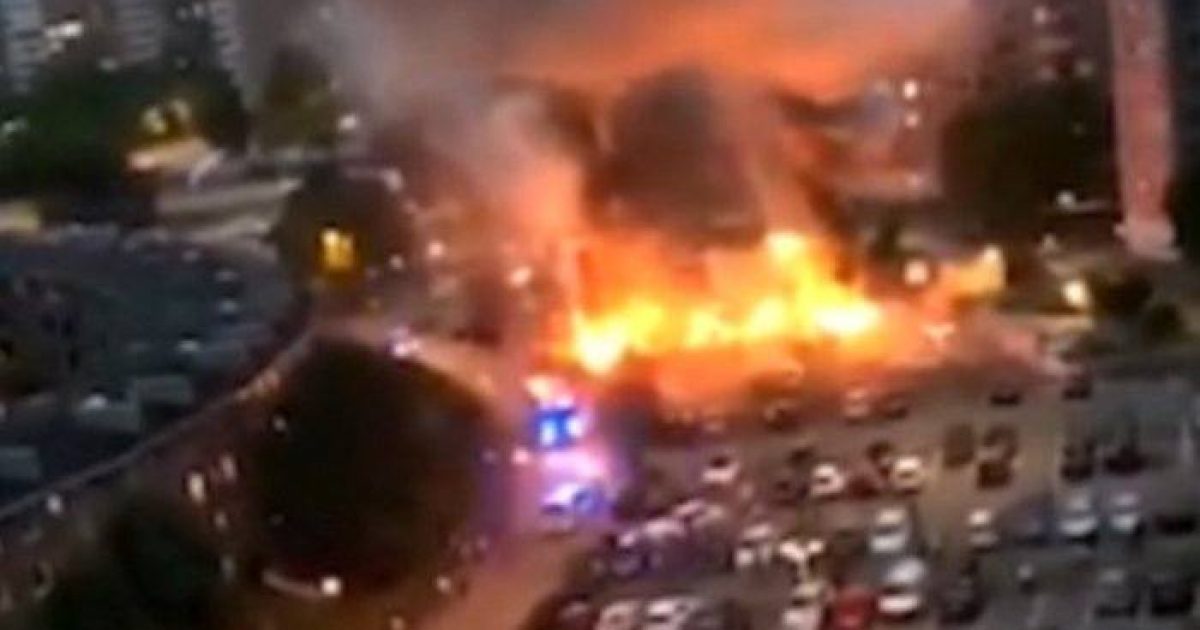 “Youths” is a frequent establishment media euphemism for Muslims. If they were in Britain, they’d be “Asians.”

This is indeed a military operation. It is part of the jihad to bring down the Swedish state and replace it with an Islamic government.

A gang of masked “youths” rampaged through Sweden’s second-largest city Monday night, setting cars ablaze in an attack described as “extremely organised” and like a military operation by the Prime Minister.

Police chose not to arrest the “young people” at the scene and have since contacted their parents, reports state.

Officers said Tuesday that up to 100 cars had been either burnt to or vandalized in the city and in nearby towns such as Trollhattan, an industrial area with high unemployment, and Falkenberg.

Such areas, with large migrant populations, have become hotspots for violence in the Nordic nation in recent years with many described as “no-go zones.”

Sweden is to hold national elections in less than a month, and left-wing Prime Minister Stefan Löfven reacted angrily to the latest attacks, blasting the perpetrators directly.

“I’m getting pissed off – really! My question to these people is what the hell are you doing?” he said on a radio show according to Aftonbladet, promising to push for harsher penalties against those involved.

“It seems very organized, almost like a military operation,” he said, adding: “My message to those involved is that there is no disappointment, frustration, or injustice that motivates you to turn on someone else’s car.

“We have summed up the damage in all the different places. It’s a total of about 100 cars that are damaged or burned out,” police spokesman Ulla Brehm told SVT.

She added: “We have already started talking to parents of the young people who were active in the morning. We chose not to seize someone on the spot but have identified them, and talked with them.”…