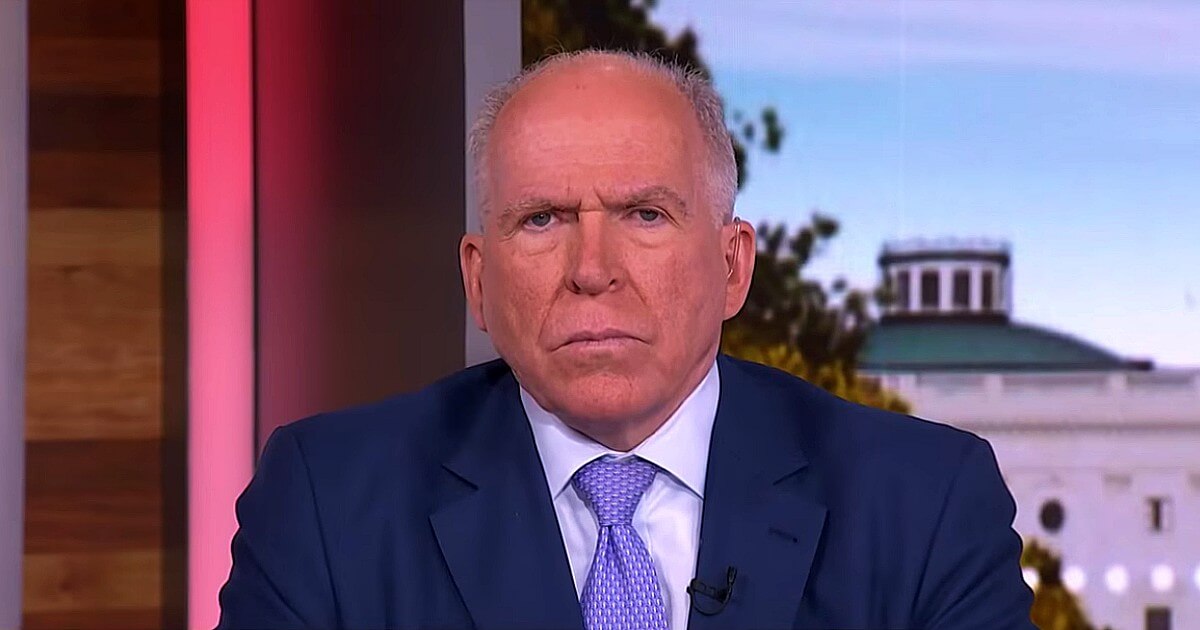 Honestly, I have no regard for a man like Rudy Guiliani, who dresses in drag even while Donald Trump smiles about it, but he is more than likely close to being correct in this, he was just one step away from the truth.  However, appearing on Fox News’ Hannity, Guiliani pointed blame for the entire Trump-Russia investigation being the nothing more than the playbook devised by Obama’s Muslim stooge and former CIA director John Brennan.

On Monday, Guiliani claimed that Brennan was the “quarterback” when it came to the Trump-Russia investigation.  Now, he wants an independent counsel to “investigate the investigators.”

Why?  Nothing will come from it.  This is nothing more than WWE, and I’ve been saying it from the beginning.

“I’m going to tell you who was the quarterback for all of this,” Giuliani said. “Strzok, he’s a bit of a puppet. Then there’s Mueller, he’s a puppet…The guy running it is Brennan. And he should be in front of a grand jury.”

“That led to the request for the investigation,” Giuliani said. “So he takes a false…dossier; he gets the senators involved, and a couple of Republican senators; and they demand an investigation. A totally phony investigation.

“Now, why can’t we get an investigation when there are clear facts showing possible violations of the law?” Guiliani queried.  “Even in the order appointing Mueller, which is completely illegitimate, they don’t point out any crime. You have to point out a crime under the independent counsel regulations. They don’t point it out.”

“We have lots of crimes and we can’t get Sessions to move and appoint an independent counsel,”  he continued.  “He’s, look, he’s recused from everything. And Rosenstein is too much involved in it. And they’re possible witnesses.”

OK, let’s get something straight here.  Sessions answers to Trump. So, the fact that he continues to be of no effect in the matter should be ground for removing him from office, and if you think that Trump isn’t doing that because he’s such a nice guy, then you aren’t paying attention.  This is controlled-opposition, plain and simple.  Trump knows better.  He’s had a year and a half to know better.

“And that’s why he’s a possible witness,” Giuliani responded. “Independent counsel to investigate the investigators.”

Really?  This is what we’re going to do?  We’re going to pile on more debt in investigations that will come to nothing?

Guiliani claims that the dossier was nothing more than a “cut and paste job by a down and out ex-spy… who hated Trump and was paid by Hillary Clinton and the DNC.”

In commenting on the fact that Trump’s DOJ is hiding affidavits that were based on the dossier to obtain FISA warrants to spy on Carter Page, Guiliani said, “Well, my goodness, here are the things we need to know about it. Was the fact that Hillary Clinton and DNC– the people who paid for this — was that pointed out to the judge? Because if it wasn’t you’ve got a glaring omission.”

“Was it pointed out during the course of this that Steele was fired by the FBI?” Guiliani asked, even though the FBI continued their relationship with Stelle after allegedly cutting it off.  “Were problems in his background exposed to the judge? I mean, when you present this guy, was he presented as a fully reliable informant or were the questions — you have to do that in an affidavit. I wrote many of these affidavits.”

“So here’s the point,” Giuliani said. “Strzok created a false document. When we say is there any evidence that his bias led to action that he took against Trump? Yeah. He perjured himself in the affidavit in order to start his insurance policy investigation.”

“They were hoping they could do something with that before the election, but they ran into the same problem Mueller runs into,” he concluded.  “The president didn’t do anything wrong. They couldn’t find any evidence. They struck out.”

So, we are continuing to hear about this drama at our expense why?  Oh, that’s right, it’s totally for political theater and to drive voters to the booths during mid-terms, because it’s certainly not to bring about resolve or justice.  Otherwise, it is simply a waste of time and money.  Thanks for the update Rudy.