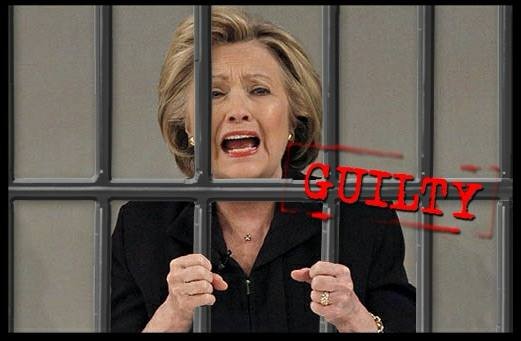 This morning, Yahoo.com re-published an article on Investors Business Daily(IBD), titled “Russian Collusion Investigation: It Was Hillary Clinton All Along”.

However, you can see the article archived here.

Russia Investigation: It’s beginning to look as if claims of monstrous collusion between Russian officials and U.S. political operatives were true. But it wasn’t Donald Trump who was guilty of Russian collusion. It was Hillary Clinton and U.S. intelligence officials who worked with Russians and others to entrap Trump.

That’s the stunning conclusion of a RealClear Investigations report by Lee Smith, who looked in-depth at the controversial June 2016 Trump Tower meeting between officials of then-candidate Donald Trump’s campaign staff and a Russian lawyer known to have ties with high-level officials in Vladimir Putin’s government.

The media have spun a tale of Trump selling his soul to the Russians for campaign dirt to use against Hillary, beginning with the now-infamous Trump Tower meeting.

But “a growing body of evidence … indicates that the meeting may have been a setup — part of a broad effort to tarnish the Trump campaign involving Hillary Clinton operatives employed by Kremlin-linked figures and Department of Justice officials,” wrote Smith.

Smith painstakingly weaves together the evidence that’s already out there but has been largely ignored by the mainstream media, which have become so seized with Trump-hatred that their reporting even on routine matters can no longer be trusted.

But he adds in more evidence that the Justice Department only recently handed over to Congress. And It’s damning.

Memos, emails and texts now in Congress’ possession show that the Justice Department and the FBI worked together both before and after the election with Fusion GPS and their main link to the scandal, former British spy and longtime FBI informant Chris Steele.

As a former British spook in Moscow, Steele had extensive ties to Russia. That’s why he was picked as the primary researcher to compile the “unverified and salacious” Trump dossier, as former FBI Director James Comey once described it.

Steele’s dossier, for which Fusion reportedly received $1 million, was largely based on interviews with Russian officials. And who paid that $1 million? As we and others have reported, it was Hillary Clinton’s campaign and the Democratic National Committee, then under Hillary’s control.

The media knew all this, of course, but largely ignored it.

The great irony here is that, after more than two years of investigating, the only real evidence of collusion with Russians at all points to Hillary Clinton. It was she who hired Steele to dig up dirt on Trump using Russian sources.

But now, it turns out, it goes even deeper than that.

Events surrounding that now-famous June 2016 Trump meeting suggest it, too, was a concoction of Hillary Clinton and her deep-state allies. And that meeting was the basis for much of the later Russian collusion “investigation,” if it can even be called that.

Bruce Ohr, the No. 4-ranking official at the Justice Department, “coordinated before, during and after the election” with both Fusion GPS founder Glenn Simpson and with Steele, notes Smith.

This shouldn’t come as a surprise, given that Ohr’s wife Nellie, a sometime employee of the CIA, was also working for Fusion GPS.

The FBI fired Steele in October 2016 after it discovered that he leaked information to the press. But that meant nothing. Bruce Ohr merely continued as the conduit from Fusion GPS for information related to Steele’s bogus Trump dossier.

The FBI and Justice used information from that 35-page document as the pretense for the FISA wiretap on Trump aide Carter Page. Far from being limited in scope, those wiretaps in essence provided a backdoor key to the entire Trump campaign — and the basis for the Russian investigation.

So far so good.

But an earlier investigation by RealClearPolitics showed that as early as March 2016, the FBI, other Western intelligence sources and Clinton campaign operatives contacted the Trump campaign about potentially damaging information about Clinton.

They were in effect live-trolling the campaign.

This is significant. Natalia Veselnitskaya, the Putin-connected lawyer who contacted the Trump campaign about having dirt on Hillary Clinton, was a client of Fusion GPS when she met with Donald Trump Jr. and others in the Trump campaign.

And she was accompanied by a former Soviet military counterintelligence official, now working as a lobbyist, named Rinat Akhmetshin.

What’s especially curious is that GPS’ Glenn Simpson admits he had dinner with Veselnitskaya both the night before and the night after the Trump Tower meeting.

Any possibility there was no discussion of the meeting between the two? Seems highly unlikely. Veselnitskaya herself subsequently claimed that the talking points for her meeting with the Trump people were provided to her by Simpson.

Once in the meeting, she quickly dropped the promises of having dirt on Hillary Clinton and instead brought up Russia’s long-standing desire to get rid of the Magnitsky Act, under which the U.S. imposed sanctions on a number of Russian moguls and government officials.

In short, they were baiting a trap for the Trump campaign to make it appear as if they were colluding with Russian officials.

Given the nonstop media coverage following leaks by the FBI and Justice, it seems the meeting served its purpose: It sowed the seeds of suspicion about the Trump campaign’s supposed Russian collusion.

The evidence goes even deeper than what we have summarized here. We suggest you read Smith’s piece, linked above.

“So here you have information flowing from the Clinton campaign from the Russians,” House Intelligence Committee Chairman Rep. Devin Nunes told Fox News on Sunday.

Was Hillary The Real Colluder?

Nunes, who heads Congress’ investigation into the matter, said it was likely that information “was handed directly from Russian propaganda arms to the Clinton campaign, fed into the top levels of the FBI and Department of Justice to open up a counterintelligence investigation into a political campaign that has now colluded (with) nearly every top official at the DOJ and FBI over the course of the last couple years. Absolutely amazing.”

We have to agree. If all that is true, it is absolutely amazing. After all, these are serious felonies, using the federal agencies to spy on a political opponent in league with a hostile foreign power.

As we said, the only real collusion appears to be on the part of the Clinton campaign — aided by the Obama administration, CIA chief John Brennan and a handful of high-level officials at the Department of Justice and FBI.