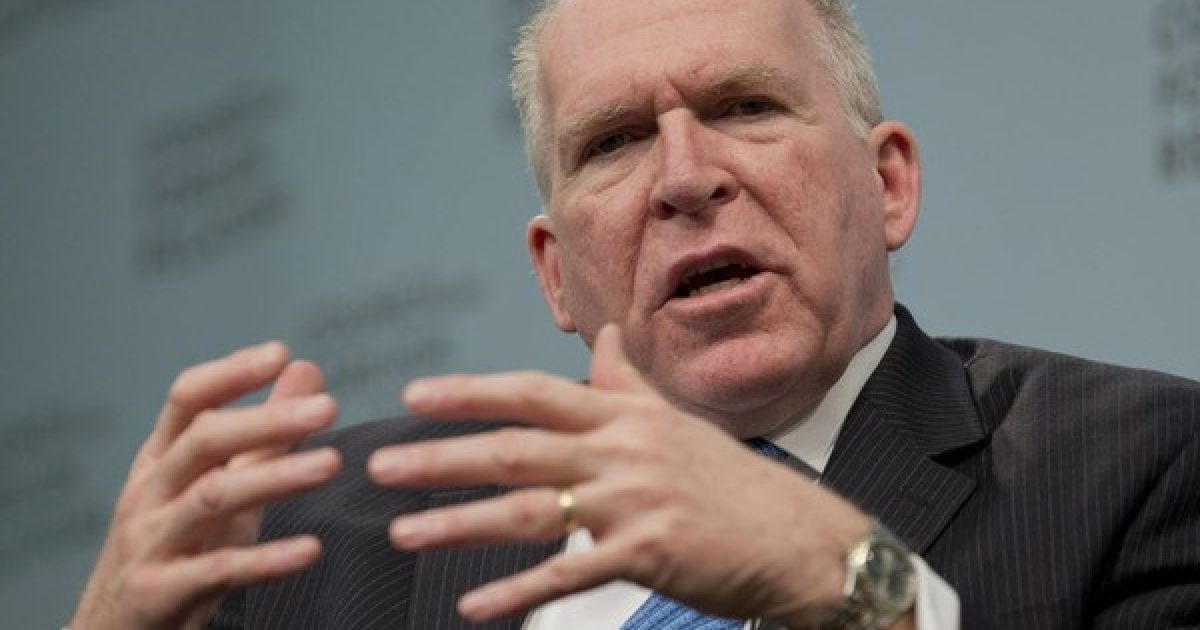 The announcement was made by White House Press Secretary Sarah Sanders, who read a statement from President Donald Trump.

Claiming that he has a constitutional responsibility to protect classified information, Sanders announced the revoking of Brennan’s security clearance during a late-scheduled press briefing.

The announcement included the fact that the administration is not only revoking Brennan’s security clearance, but also looking at doing the same to James Clapper, James Comey, Susan Rice, Lisa Page, Bruce Ohr, and others.

Still, there was no specific mention of Hillary Clinton, Huma Abedin and others in that camp.  They continue to have security clearance even after having been out of our government for years.

In fact, I do have to wonder why those are not immediately revoked once a new administration takes office.

The announcement comes just a day after Trump’s attorney, Rudy Guiliani, dropped a bombshell that Brennan was the “quarterback” in the entire Russia-Trump investigation.

Here’s the full statement from the White House:

As the head of the Executive Branch and Commander in Chief, I have a unique constitutional responsibility to protect the nation’s classified information. Including by controlling access to it. Today, in fulfilling that responsibility, I have decided to revoke the security clearance of John Brennan, former Director of the Central Intelligence Agency.

Historically, former heads of intelligence and law enforcement agencies have been allowed to retain access to classified information after their government service so that they can consult with their successors regarding matters about which they may have special insights and as a professional courtesy. Neither of these justifications supports Mr. Brennan’s continued access to classified information.

First, at this point in my administration, any benefits that senior officials might glean from consultations with Mr. Brennan, are not outweighed by the risks posed by his erratic conduct and behavior. Second, that conduct and behavior has tested and far exceeded the limits of any professional courtesy that may have been due to him.

Mr. Brennan has a history that calls in to question his objectivity and credibility. In 2014, for example, he denied to Congress that CIA officials under his supervision had improperly accessed the computer files of congressional staffers. He told the Council on Foreign Relations that the CIA would never do such a thing. The CIA’s Inspector General however contradicted Mr. Brennan directly, concluding unequivocally that agency officials had indeed improperly accessed congressional staffers files. More recently, Mr. Brennan told Congress that the intelligence community did not make use of the so-called Steele dossier in an assessment regarding the 2016 election, an assertion contradicted by at least two other senior officials in the intelligence community, and all of the facts.

Additionally, Mr. Brennan has recently leveraged his status as a former high ranking official with access to highly sensitive information to make a series of unfounded and outrageous allegations, wild outbursts on the internet and television about this administration. Mr. Brennan’s lying and recent conduct, characterized by increasingly frenzied commentary is wholly inconsistent with access to the nation’s most closely held secrets and facilities, the very aim of our adversaries which is to sow division and chaos.

More broadly, the issue of Mr. Brennan’s security clearance raises larger questions about the practice of former officials maintaining access to our nation’s most sensitive secrets long after their time in government has ended. Such access is particularly inappropriate when former officials have transitioned into highly partisan positions and seek to use real or perceived access to sensitive information to validate their political attacks. Any access granted to our nation’s secrets should be in furtherance of national, not personal interest.

For this reason I have begun to review the more general question of the access to classified information by government officials. As part of this review I am evaluating action with respect to the following individuals: James Clapper, James Comey, Michael Hayden, Sally Yates, Susan Rice, Andrew McCabe, Peter Strzok, Lisa Page, and Bruce Ohr. Security clearances for those who still have them may be revoked and those who have already lost their security clearance may not be able to have it reinstated. It is for the forgoing reasons that I have exercised my constitutional authority to deny Mr. Brennan access to classified information and I will direct appropriate staff of the National Security Council to make the necessary arrangements with the appropriate agencies to implement this determination.