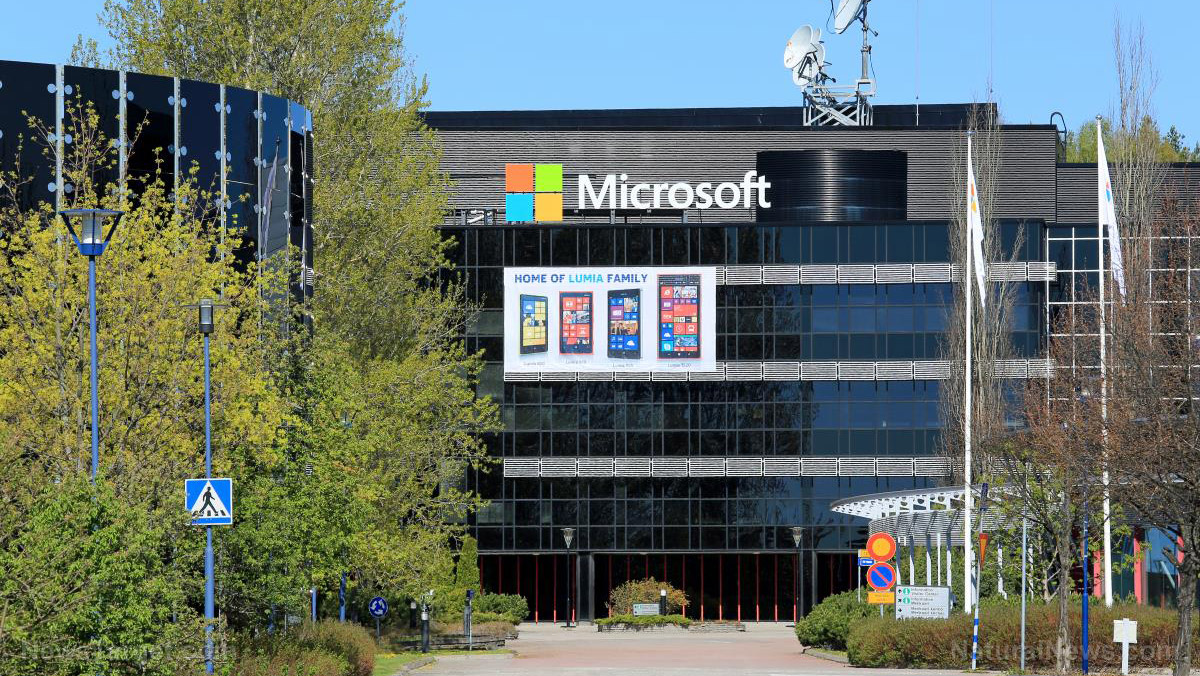 (Natural News) A social media alternative to Twitter that describes itself as being “dedicated to preserving individual liberty, the freedom of speech, and the free flow of information on the internet” has been served notice by tech giant Microsoft that it must remove content that the multinational corporation finds “offensive,” or else face a forced shutdown of its platform.

Microsoft Azure, which provides web hosting services for the Gab.ai, claims that some of the site’s users are posting “anti-Semitic” content that Microsoft finds unacceptable. Unless Gab.ai removes this content itself, Microsoft Azure has promised to shut the site down completely, taking its place as judge, jury, and executioner in the online censorship wars that have escalated in recent days.

Since part of Gab.ai’s claim to fame is it’s promise to never remove users from its platform for unpopular or politically-incorrect speech – unlike YouTube, Apple, and many others who’ve demonstrated that they’re more than willing to do just that – Microsoft’s demands fly in the face of Gab.ai’s commitment to free speech.

“Gab’s hosting provider, Microsoft Azure, has given us 48 hours to take action on two posts, or they will pull our service and Gab will go down for weeks/months,” “gabbed” Andrew Torba upon receiving the notice from Microsoft.

There’s no such thing as “hate speech,” and Microsoft has no authority to declare otherwise

“Speech that demeans on the basis of race, ethnicity, gender, religion, age, disability, or any other similar ground is hateful; but the proudest boast of our free speech jurisprudence is that we protect the freedom to express ‘the thought that we hate.’”

In other words, as much as some people don’t like to hear the opinions or statements of others, no matter how nasty they might be, the First Amendment clearly dictates that free speech is not to be infringed upon – not by the government, not by Microsoft, not by anyone.

But like Spotify, YouTube, Apple, Facebook, and many others, Microsoft has decided that its views override the Constitution. It even went so far to claim that the posts in question represented an “incitement to violence,” when in fact they were the mere ramblings of a man whom PJMedia.com‘s Megan Fox describes as a “stunted jackanape who stands out on the street corner with signs about how bad the Jooos hurt him or something.”

“But Microsoft has decided that an entire website can be taken offline because their gatekeepers don’t like some posts a user made. How is this Microsoft’s business? Gab pays for the hosting service from Microsoft Azure. How Gab runs its business is not up for discussion by Microsoft (or it shouldn’t be). How do we know Big Tech isn’t colluding and conspiring to get rid of competition? Has Microsoft … ever threatened Twitter?”

Fox makes some really good points here about how it isn’t up to Microsoft to make this decision. It’s even worse than YouTube removing Alex Jones from it’s platform, because in this case Microsoft isn’t even the entity in charge of Gab. It’s merely the behind-the-scenes service provider that basically keeps the thing running.

For more news on the technocracy’s attempts to silence free speech and control what people say and do online, visit ThoughtPolice.news.