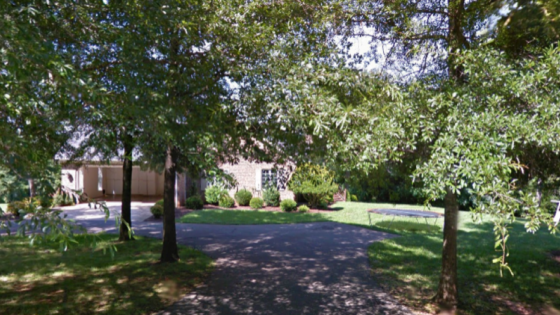 Two children partnered to save their mother’s life in a chilling case out of North Carolina.

Steven Kelley was assaulting Chandra Nierman inside the couple’s home on August 8 when he yelled he was “going to cut (the woman’s) throat and kill everyone in the house.”

Nierman’s 12-year-old son grabbed a gun and handed it to his 15-year-old sister, who fired twice – fatally striking Kelley in his chest. The teenager’s 16-year-old sister’s leg was grazed by a “fragmented bullet.” She was treated at a local hospital and released, reports WREG.com.

Kelley, 46, was found dead from two gunshot wounds just after midnight in the Forest City home he shared with Nierman, 44, and her three children.

Nierman had “significant” bruises from the attack, the sheriff’s office said.

This was not the first time Kelley abused Nierman, according to a press release the Rutherford County Sheriff’s Office posted on Facebook:

The investigation also revealed that the deceased male had threatened Nierman several times previously, and on Saturday, August 4, 2018 he had assaulted Nierman and fired multiple rounds from a firearm inside the residence to threaten and terrorize Nierman. The investigation further revealed that the deceased male, who had multiple firearms in the house and frequently carried one on his person, was a convicted felon and had two active domestic violence protection orders against him from two different women in Indiana and Ohio, although no domestic violence or assaults had been reported to law enforcement locally prior to the fatal shooting.

District attorneys decided not to press charges after the sheriff’s office argued the case was a “justified” shooting, according to The Charlotte Observer.

“Based on the facts and the evidence, it is the conclusion of the District Attorney’s Office that the shooting was justified and no charges will be filed,” deputies said.