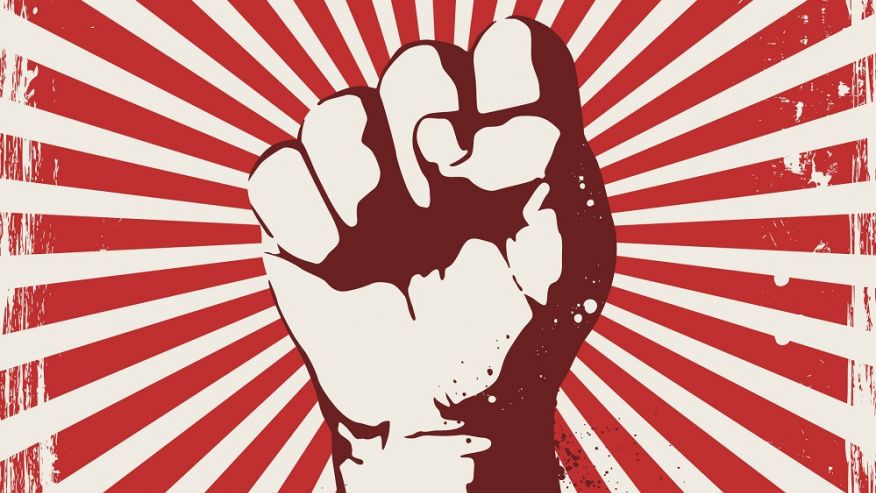 Over the last few years in the US, various cities have removed Confederate monuments, statues, and memorials of anything supposedly to do with slavery and or suppression. This has and is still being done under the direction of various chapters of Black Lives Matter and ANTIFA via those in local office who are members of these groups.

Much of the funding for removing these historical items is through anonymous donors, so we are told by city and county officials at the time, such as in the case of the removal of Confederate monuments in the city of New Orleans a few years back. However, most of us are aware that the funding comes directly from George Soros or through a business he owns.

The bottom line is, the removal of these artifacts have nothing to do with slavery or racial inequality as we are told, but in fact have everything to do with politics. We know this because the same people who want to remove historical artifacts want to remove the American flag. The main goal by these Soros funded groups is the erasure of American history in hopes of bringing a new dawn of Socialism to the country where the nation’s history is literally rewritten to fit the creed and morals of a new Nazi-like state. It is not surprising that Soros is spending billions in the process, since he was a Nazi during Hitler’s reign over Germany.

Every Holocaust survivor alive today recognizes the parallels of politics in the US today to that of Nazi Germany.

The most absurd fact about the removal of US history is the rapid rise in Satanic statues and occult symbols across the country. Recently, the Satanic Temple unveiled a statue of Baphomet, a goat-headed winged creature at the Arkansas State Capitol in protest of the Ten Commandments monument there. This is only the most recent erection of Satanic statues.  However, as many have gone up over the years in various parts of the country.

Denver International Airport is the largest example, having Satanic plaques, murals, and statues all over it.

Aside from Washington DC, which is filled with occult and Satanic symbols, many exist in cities and counties nationwide. Call them Masonic, Illuminati, etc, they are Satanic all the same.

In Georgia, there is what is known as the Georgia Guidestones.  Erected in 1980, it is a Stonehenge-like monument which depicts the creed of the New World Order in population control, eugenics, internationalism, etc. and is also considered Satanic by many religious organizations.

What the erasure of American history and the rise of NWO Satanic occultism means is the push by Leftist Socialists to transform the US from a free constitutional nation of Christian values and high moral standards to a border-free melting pot of deviant diversity. This transformation in the US began the first day Barack H. Obama took office and continued throughout his presidency. It is what he meant when he stated, “We are 5 days away from fundamentally transforming the United States of America” in a 2008 speech.

What Obama’s real intentions were, and still are, since he is still working on the sidelines with the Clintons and others still in power in Washington, is the total destruction of the USA as we know it. Just recently, the Leftist Democrats, along with RINOs who support them, had to come out of the closet and admit to actually being Socialists.

As Americans who value the USA and all it stands for, we must refuse every Socialist attempt to destroy our country. Not one single monument, statue, or memorial having anything to do with American history should be allowed to be taken down. Not one American flag can be allowed to be burned by anyone without repercussions for doing so, and everyone who wants to fly it should do so proudly. The National Anthem should be an integral part of every public educational institution in the country.

The time is long past for those of us who believe in the USA traditionally to refuse any form of Socialism, period and penalize those who push the agenda. We can recognize the difference between those who advocate Socialism from those who have a legitimate concern for real problems. A great example of the promotion of Socialist politics in the guise of a concern is the NFL players who take a knee instead of standing for the National Anthem. We know they are only making a political statement because they say they take a knee in protest of inequality, the police, and past slavery of blacks and minorities. Yet, they do absolutely nothing during the offseason to rectify it. If they really were concerned, they would be out doing what they can to correct the problem. Thus, what we have here is politics, nothing more.

We simply can not allow Socialism to take over the country and make every sacrifice ever made by everyone who has served in the US military since the beginning, in the name of freedom to become null and void.