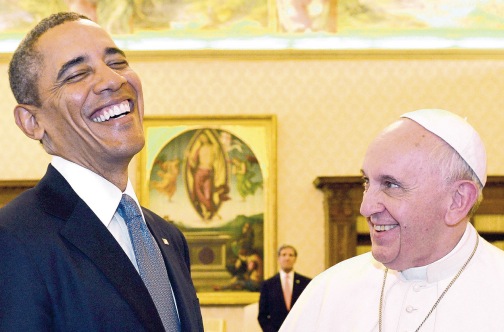 (Natural News) A prominent member of the Roman Catholic Church has come forward with some scathing words for Pope Francis, the man whom the Jesuits believe is a representative of Christ on earth, and who thus far refuses to address or even acknowledge the recent revelations about rampant pedophilia among priests in the state of Pennsylvania.

John Nolte, who writes for Breitbart, The Daily Wire, and various other news outlets is disgusted that Francis can’t be bothered to take time away from his busy schedule preaching about global warming and climate change to even make mention of the hundreds of Catholic clergy who have now been outed for molesting, raping, and even ritualistically abusing thousands of young boys and girls over the past 70 years.

“Where is the compassionate, accessible Wheelchair Pope, the Energizer Bunny Pope, the Cynicism-Busting Pope who has always been so eager to comment on every hot button issue, from Global Warming to immigration to homosexuality?” asks Nolte in a recent editorial piece for Breitbart.

“I know where Francis is not. He is not where he should be, in Pennsylvania overseeing a revolutionary and historic house cleaning of a satanic cancer that infects his Church, a 70-year-old cancer of priests and bishops and cardinals who are guilty of either engaging in an organized cabal to rape little boys and girls, or in covering up those unspeakable crimes.”

Following the recent release of what Nolte describes as an “utterly damning” grand jury report about the matter, Francis was petitioned for a statement – to which his only response was, “no comment.”

Keep in mind that even the grand jury admitted that it’s never seen anything “on this scale” before, and that “it happened everywhere.” It’s the biggest revelation to date concerning the dark and evil underbelly of the Catholic Church and its rampant pedophilia problem. But Francis apparently couldn’t care less, as he’s chosen instead to remain silent about it all.

In a best-case scenario, Francis is simply more concerned with hammering the doctrine of globalism into the minds of his followers than he is with addressing child rape and the abuse of mostly young boys at the hands of wicked impostors pretending to serve the cause of Almighty God. At worst, Francis is actually complicit in these heinous crimes, or at the very least complicit in covering them up to save face and protect the clergy that occupy positions of power beneath him.

Nolte points out that the “mother ship” of the Catholic Church, the Vatican, has been knowingly “enabling” this pedophilia ring for many decades. As the head of the beastly thing, Pope Francis had to have been at least aware of what was going on, if not directly involved in making sure that it was kept under wraps.

Whatever the case may be, Francis is now outing himself as an accessory, at the very least. He’s shown nothing but disregard for the case, and has shown not even a shred of support for getting at the root of the issue and nipping it in the bud. So what is he, then, other than another perpetrator of evil trying to disguise himself as a man of the cloth?

“You want to know what should chill every Catholic to the marrow? If this is happening here in America, a country with a legitimate criminal justice system and free press, what horrors are being unleashed in third world countries? In corrupt countries?” asks Nolte.

Be sure to read Nolte’s full article at Breitbart.com.