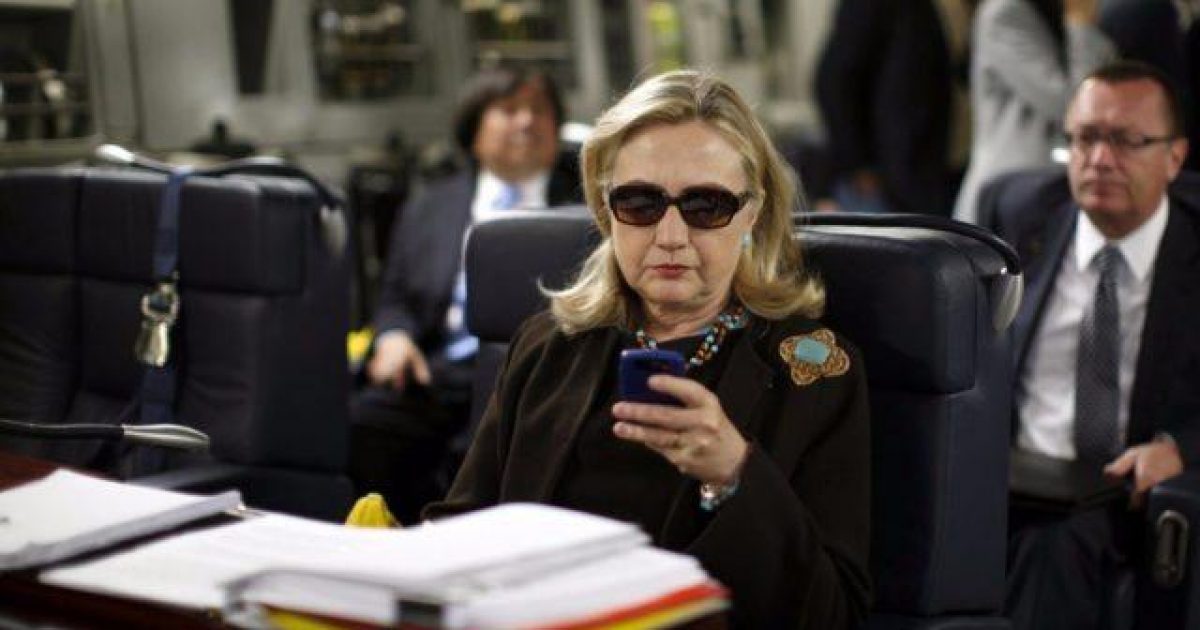 and is demanding that the investigation into it be re-opened.

On Thursday, the government watchdog announced had received two batches, 184 pages and 45 pages, of newly uncovered emails belonging to Hillary Clinton from the U.S. Department of State sent and received over her unsecured server.

The documents in response to an FOIA lawsuit filed on May 6, 2015, after the State Department failed to respond to a March 4, 2015, FOIA request.

Judicial Watch announced some details of what it had obtained in the documents.

The new documents include material classified “confidential” on negotiations between Northern Ireland and UK, as well as negotiations with Israel, Palestine, and France. They also include a reference to a Clinton meeting with controversial leftwing billionaire George Soros, and advice to Clinton from Sid Blumenthal, who was barred from a State Department position by the Obama administration and regardless continued to advise her on matters of state.

All of this suggests to me the necessity for the State Department to assert itself and take the lead in developing relations with the new government.

Judicial Watch President Tom Fitton called for the Department of Justice to take up the matter immediately.

“The Comey-Strzok-Lynch Clinton email “matter” was a sham, so it is urgent that Attorney General Jeff Sessions to order a new criminal investigation,” Fitton tweeted.

I say, fat chance.  The White House, the DOJ and everyone else has allowed the sham to go on for nearly two years now when everyone knows there is nothing there, and the American people were promised that Donald Trump would tell his Attorney General to investigate the Clintons if he became president.

Instead of an investigation, the American people were told what a debt of gratitude we owed Hillary Clinton and how she and Bill were “good people” and how he didn’t want to hurt them, even though he also said she was “guilty as Hell.”

Still, some people think there will be justice.  I know that after this life, there certainly will be, but I’m not holding my breath for justice in this life for the Clintons.

While I agree with Fitton on re-opening the matter, the fact is that even without re-opening an investigation, we already have enough documentation to bring justice upon her head for her illegal email server and treason.  Let’s just move on to a grand jury and indictments.