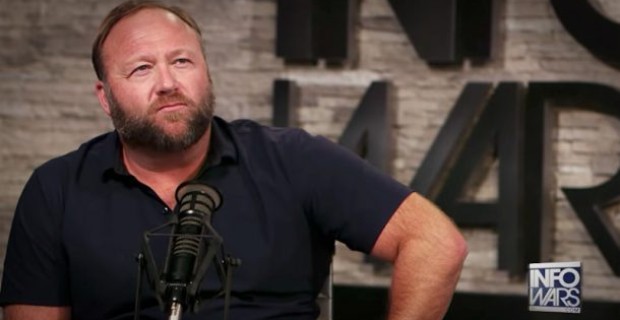 Alex Jones is offering $1 million dollars for anyone who can prove that he encouraged people to use “battle rifles” against the media, a lie that has been circulating for a full week with no retraction.

Both the New York Times and Media Matters reported that Jones had called on people to get their battle rifles ready for use against the media. The Infowars host was also suspended for 7 days on Twitter over the controversy.

Both articles deliberately omitted or avoided discussion of Jones clearly outlining that he was talking “politically and economically and judiciously and legally” moving “against these people”. Both Media Matters and the New York Times failed to explain that this was the context of the rant.

At no point did Jones urge his listeners to violently attack anyone and his only reference to the media was when he said, “the media is so disciplined in their deception.”

Lester Holt then regurgitated the claim that Jones was inciting violence against the media during an interview with Twitter CEO Jack Dorsey.

$1 million dollars is on offer, to be donated to the charity of the winner’s choice, to anyone who can specifically pinpoint where Alex Jones urged people to use battle rifles against the media.

The context of the rant was clearly related to Antifa, following the emergence of video footage showing Antifa members threatening to kill the president.

Jones was only advocating that Americans ensure they have adequate means of self-defense. He has never and will never encourage offensive violence.

Infowars has been banned by Facebook. Please help us by sharing this article on your own Facebook page.