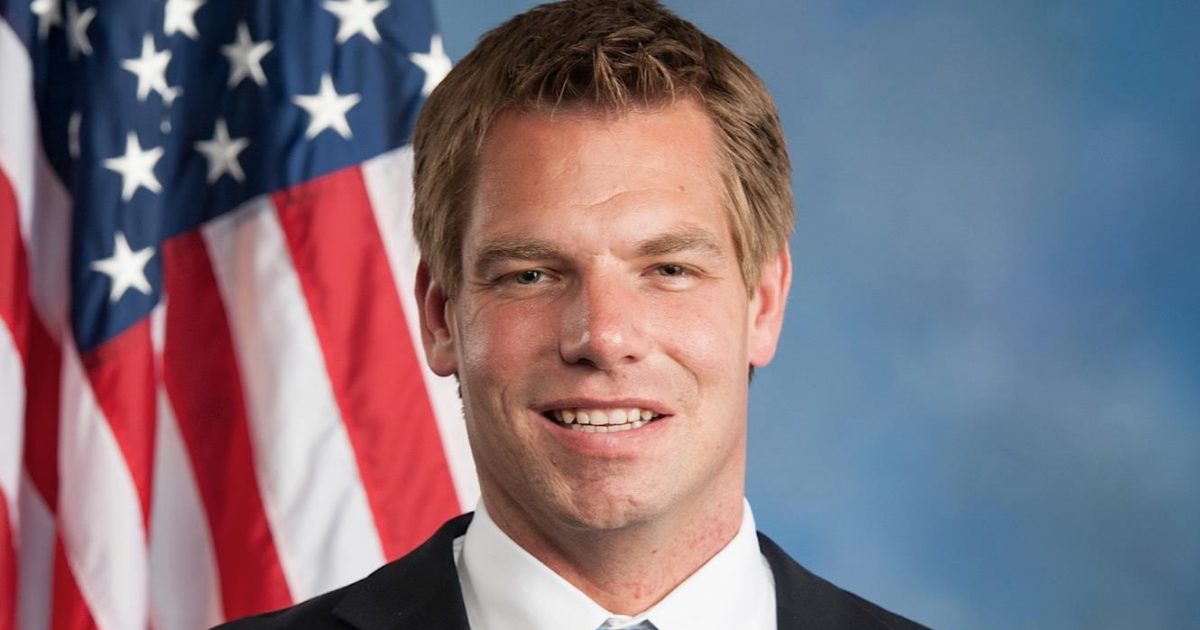 On Monday, Communist Representative Eric Swalwell (D-CA), a man who called for the prosecution of citizens who would not turn in their weapons to the state, said that after the 2018 midterm elections, he would consider a presidential run in 2020.

I don’t know whether to say, “Go ahead” or not, but I do know this man has a very dangerous ideology that is anti-American no matter what language he wraps it in, just a like a lot of Californian politicians.

Fabricating news network CNN host Poppy Harlow said to Swalwell during an interview on Monday, “Let’s talk about where you’ve been standing a lot, congressman, and that is in Iowa – 10 times over the last year and a half. Now I like Iowa … People running for president also like Iowa.”

“Are you going to run for president?” she asked.

“I’m going to do all I can do first to win my way back to Congress,” Swalwell said.  “I’m helping a lot of colleagues. Particularly, there’s three seats in Iowa where we have two of our candidates under the age of 40. Then after the midterms, I’m going to consider it.  Right now, I’m helping candidates who are stepping up to protect our health care, paychecks and protect the democracy. I’m inspired by so many new candidates who are bursts of new energy, ideas and leadership.”

“There was the news in there, ‘I am considering it,'” she queried, trying to get a straight answer from an obvious weasel.  “So not a denial. You are thinking about running for president. Why do you think that you would be (a) your party’s best shot at the Oval Office and (b) the single best person to lead this country?”

“Poppy, this president has just taken a wrecking ball to so many freedoms that give me, a first generation person in my family to go to college, an opportunity,” Swalwell said. “I was raised to believe if you work hard, it means something. I think that having experience and energy to give Americans a health care guarantee, invest in modern schools, to make sure we green our grid and infrastructure, that that is the path forward – and that the future for our country is a page forward. I’m going to consider [running for president].”

Wait, what?  This guy talks about wrecking ball to freedoms while demanding to prosecute law-abiding citizens for not turning in their guns?  Hello pot, this is kettle.

And what?  While he says “I was raised to believe if you work hard, it means something,” he then goes on to tell you what that means.  He wants to take what you work hard for and then steal it from you through taxation to fund his little projects that he thinks moves the country forward when it actually moves us backward.

Where did this man get “experience and energy” to give Americans a health care guarantee?  Where does he think he gets the authority to do that in the first place from our Constitution?  I’ll tell you where.  Nowhere!

When he speaks of “investing in modern schools,” he means stealing more money from taxpayers to prop up the illegal federal Department of Education, which is really the Department of Indoctrination that should be abolished and gotten rid of because it is a usurpation of the rights of the people of the states and nowhere did we give authority to DC to engage in the education of America’s children.

When he speaks of “greening our grid and infrastructure,” that has to be the stupidest, most costly thing one could engage in and the numbers play that out.

Again, this is all moving backward not forward.

“Right now, the best way to cut our time in Hell in half is to win Congress,” he added.  “We shouldn’t look beyond that.”

Personally, a bit of time in “Hell,” as he puts it, was cut out with the exit of the usurper of the White House, Barack Hussein Obama Soetoro Sobarkah, but we’re far from out of the woods in this administration either.

Last week, he seemed to imply the same thing.  Politico reported that he was asked about those trips to Iowa.

“I’m laying the groundwork right now to win three congressional seats in Iowa … I’m going to make that decision after the midterms.” But he adds: “I have a full term coming, my wife’s due on December 4,” so any decision will come after.”

The Washington Free Beacon reported on the other Commies in California who may seek the highest office in the land, none of which should be allowed in public service due to their anti-Constitutional and corrupt standing.

Bookmakers in Vegas currently aren’t running any odds on Swalwell, but two other California candidates are listed. Senator Kamala Harris is ranked first on the odds maker’s boards, generally giving odds between 4/1 and 6/1. Fellow Californian and gubernatorial candidate Gavin Newsom is placed at 7/1 or 8/1, according to oddschecker.com. Newsom is currently the lieutenant governor, and is expected to easily win his contest in November. Currently, the website is listing odds on 44 different potential candidates.

As the Washington Free Beacon reported in July, Rep. Adam Schiff’s (D., Calif.) leadership PAC appears to be on pace to spend more in the 2018 cycle than it did in the previous six cycles combined.

Schiff has used his elevated profile to harvest more fundraising dollars, and according to campaign finance data compiled in the last reporting period by the Center for Responsive Politics (CRP), Schiff was passing along most of that to other Democratic house candidates, most of whom were in the most competitive districts nationwide.

We don’t need anymore Communist Democrats from California in DC.  Swalwell is one of many who needs to lose the election come November.