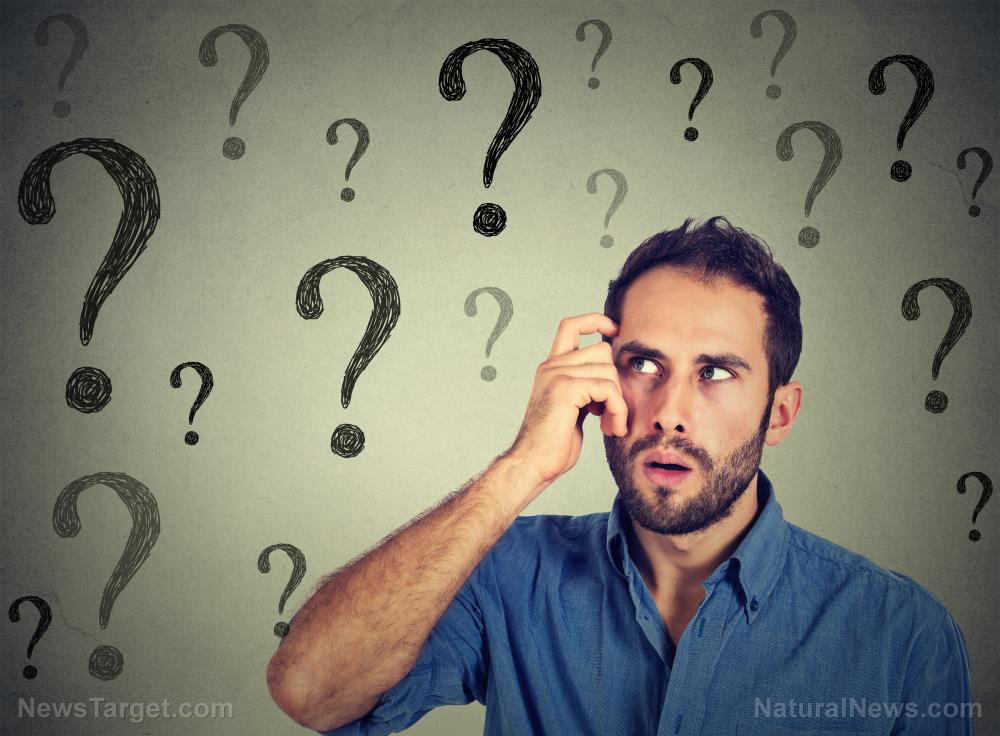 (Natural News) When I first saw this story, I thought for sure it was a satire piece. But it isn’t. The Healthline.com website has literally announced that the term “vagina” will no longer be used in their reporting because it might offend people who were born as biological men but now “identify” as women but don’t have a female vagina. Instead, Healthline.com will resort to the term “front hole,” which they believe is somehow more inclusive and respectful.

It doesn’t sound more respectful. “Hey, how’s your front hole?” But this is the new delusion of the Left’s language police: Now everything that has a gender-specific meaning must be utterly destroyed and replaced by crude-sounding gobbledygook in order to avoid offending people who are confused about their own gender or sexuality.

Lest you think I’m making this up, check their statement for yourself. At this link, Healthline.com says:

…[W]e’ll refer to the vagina as the “front hole” instead of solely using the medical term “vagina.” This is gender-inclusive language that’s considerate of the fact that some trans people don’t identify with the labels the medical community attaches to their genitals.

So wait. Referring to the vagina as a vagina is now offensive to the same Leftists who claim to be pro-women? Sure, we already knew they were terrified of the penis, and that they hate it when people use their pie hole to say something that Leftists don’t like. But has the insanity of the Left now come to the point where all male and female reproductive biology will now be re-named to appease the LGBT speech police?

It appears so. Shut your pie hole, or they’ll kick you in your back hole.

Just to add more confusion and off-the-charts bizarre insanity to all this, Healthline tries to explain why “front hole” is somehow a much better term than “vagina.” Seriously, this is what they said:

…some trans and nonbinary-identified people assigned female at birth may enjoy being the receptor of penetrative sex, but experience gender dysphoria when that part of their body is referred to using a word that society and professional communities often associate with femaleness.

It’s almost like they wrote a computer program to randomly generate inclusive-sounding terms and just strung them all together in a meaningless sentence as some kind of bizarre virtue signaling plea.

The site then goes on to say that if you don’t use the term “front hole,” you are causing AIDS:

The lack of representation and anti-LGBTQIA bias that LGBTQIA and nonbinary people often see in safe sex guides stigmatizes certain sexual behaviors and identities. It’s also directly related to the health disparities and higher rates of HIV and STIs reported within these communities.

Healthline also explains that using the term “vagina” is now “discrimination.” So in order to achieve the “front hole” designation, they will no doubt try to memory hole biological reality.

It won’t be long before they demand that all medical textbooks be rewritten to eliminate any gender-specific biological terms. Doctors will be forced to study “genderless” med school curricula, graduating as complete medical morons who know nothing about ovaries, testes, eggs, sperm, reproductive hormones and especially menopause because it’s spelled with “m-e-n” in the word prefix. All that knowledge must be eliminated, you see, in the name of left-wing “inclusiveness” which once pretended to support women, if you can even remember that.

Yes, the very political group that once claimed to be pro-women is now destroying any reference to female biology. Technically, they are “memory holing” biological reality, hoping that in a generation or two, nobody remembers that the very sustainability of the species, as expressed across Mother Nature, depends on the existence of males and females. That’s why there is no mammalian species on the planet that’s dominated by LGBT insanity.

There are no transgender buffalo roaming the plains of Wyoming, and there aren’t packs of queer coyotes running around refusing to procreate with the opposite sex. Heterosexual reproduction is a normal behavior that the insane Left is trying to pretend is now abnormal. They even label you with a derogatory term: You’re a cisgender because you’re sane and you actually accept the biology with which you were born.

Healthline claims your gender is “assigned” at birth, not that you’re born male or female

Obviously seeking an award of some kind for the most deranged, anti-science health reporting imaginable, Healthline also claims that your gender is “assigned” at birth.

Nope, you’re not born male or female, they claim. Instead, says Healthline, you are born gender-neutral and then somebody assigns a gender to you completely out of the blue, almost like flipping a coin.

Healthline apparently has no clue that female infants are already born with all the reproductive eggs they will ever have in their lifetime. That means they’ve been developing as a female during gestation… and they’re born female. The entire realm of genetic science is utterly abandoned by Left-wing journalists these days. They now think that chromosomes are a conspiracy theory.

As a side note, Healthline also says fluoride is awesome for your health, eating loads of salt is good for you, and that you really need to know about “6 important vaccines.” It’s a combination of the worst health advice ever published, alongside the dumbest LGBT “word salad” insanity that modern medicine has yet witnessed.

Seriously, listening to these biology-confused people try to explain the world of biology, reproduction, gender and identity is an exercise in madness. They’ve all thrown reality right out the window and invented their own alien vocabulary to try to normalize their bizarre, delusional beliefs in biological subjectivism, where they claim nothing is real unless they wish it to be so.

This is also why California universities are placing tampon machines in men’s restrooms, or why biological men who claim to be women are seeing OB/GYN practitioners and demanding pap smears. See my complete list of 15 completely insane things about babies, biology, race and genetics that delusional “progressives” actually believe.

Anyone who attempts to interject rationality or biological science into such a discussion is immediately branded a “hate speech” practitioner. You know, because biological reality is hate speech, obviously. And doctors who study anatomy are obviously deeply invested in hate, according to this irrational thinking. Should we also rename breast cancer to something that would appease gender-confused Leftists? If “vagina” is now “front hole,” what will be their new name for ovaries? Breasts? Fallopian tubes? Do Leftists even know that women have Fallopian tubes? (I doubt it.)

The situation has become so insane that merely pointing out how men and women have biological differences now gets you labeled an intolerant bigot. To conform to the obedience demands of the Left, you must simultaneously say that women and men are no different, but that women should be given special preference in everything from college applications to politics. The very same people who claim women and men are exactly the same demanded, just two years ago, that we vote for Hillary Clinton in order to put “the first woman President” in the White House. Why does it matter if there’s no difference between the two sexes?

Yes, the LGBT insanity has reached the point of self-imploding hilarity. No rational person in America believes the insanity of the LGBT thought police. No intelligent doctor or scientist believes children are arbitrarily “assigned” gender at birth. And yes, the vagina is a distinctly female organ, no matter how much LGBTQQQWTF activists want to pretend it isn’t. Surgically placing a “front hole” in the body of a biological man doesn’t make him a woman. And everyone pretending that it does is just a form of societal mental illness.