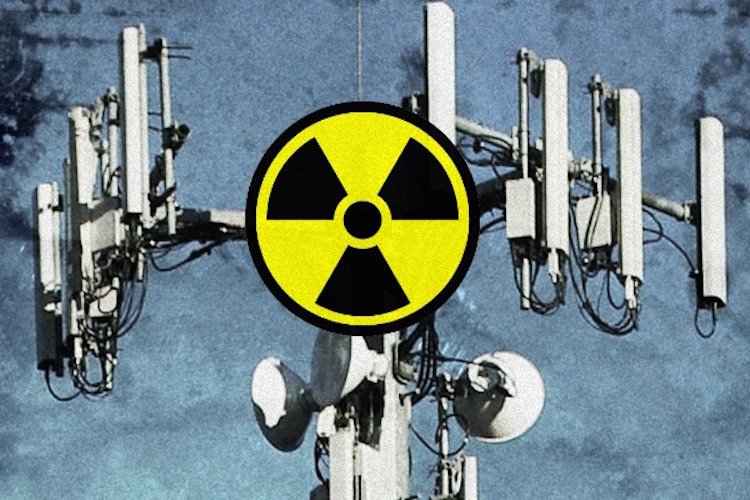 As the rollout of the nationwide 5G cell network moves forward, many concerned scientists and public health experts are raising the alarm about the potential harms of bathing the environment in high frequency electromagnetic energy. This new technology would add another layer of electromagnetic radiation to an already dangerously inundated environment.

Cell phone manufacturers downplay the potential risks as well as studies that link them to the formation of brain cancer, and in 2017, the California Department of Public Health (CDPH) issued new guidelines aiming to help people reduce their exposure to the risks involved in using cell phones.

5G is already known to cause unused health disturbances and while many are working to derail this massive project, new research gives us extraordinary insight into the effects that cell tower radiation is already having on our health. This technology is far from benign, and while scientists from both sides debate the potential for harm, more evidence continues to mount, suggesting we would be wise to reconsider our dependence on cell technology and upcoming 5G.

“Firefighters from San Francisco say that they began experiencing an array of unusual side effects — after 5G equipment was installed in and around their firehouses. Symptoms reportedly included memory problems and confusion. The firefighters say the symptoms only stopped after they relocated to different fire stations without 5G devices nearby.

It’s not just the firefighters, either. In Gateshead, England, scientist Mark Steele says that there’s been an uptick in reproductive issues and other health problems since the city’s new wireless streetlights were installed. Miscarriages, still births, nosebleeds and insomnia are among the consequences he’s reportedly observed in the community.

“We are seeing babies dying in the womb as these transmitters are situated outside people’s bedroom windows. It’s a humanitarian crisis,” Steele contended.” [Source]

Further evidence suggesting harm comes from the recent Ramazzini study, in which researchers have confirmed what many have suspected to be the case: ambient cell tower radiation do have serious biological effects. The study looked at test rats who were placed in close proximity to cell towers, ultimately establishing a credible link to cancer.

“Researchers with the renowned Ramazzini Institute (RI) in Italy announced that a large-scale lifetime study of lab animals exposed to environmental levels of cell tower radiation developed cancer. A $25 million study of much higher levels of cell phone radiofrequency (RF) radiation, from the US National Toxicology Program (NTP), has also reported finding the same unusual cancer called Schwannoma of the heart in male rats treated at the highest dose. In addition, the RI study of cell tower radiation also found increases in malignant brain (glial) tumors in female rats and precancerous conditions including Schwann cells hyperplasia in both male and female rats.” [Source]

According to the study, the type of malignant cancers seen in rats are similar to the type observed in those attributed to cell phone use.

“These tumors are of the same histotype of those observed in some epidemiological studies on cell phone users. These experimental studies provide sufficient evidence to call for the re-evaluation of IARC conclusions regarding the carcinogenic potential of RFR in humans.” [Source]

At issue for some naysayers are the levels of safe radiation issued by the FCC, and whether or not cancers can actually occur when a person is exposed to levels which do not exceed these recommendations, but other researchers point out that the current cell tower system already exceeds these limits.

Furthermore, as stated above, the nationwide rollout of 5G is well underway, and this technology would drastically increase our exposure to cellular radiation, which would put children and pregnant women at even greater risk than they already are.

“This study raises concerns that simply living close to a cell tower will pose threats to human health. Governments need to take measures to reduce exposures from cell tower emissions. Cell towers should not be near schools, hospitals or people’s homes. Public health agencies need to educate the public on how to reduce exposure from all sources of wireless radiofrequency radiation—be it from cell towers or cell phones or Wi-Fi in schools,” stated David O. Carpenter MD, former Dean of the School of Public Health at the University at Albany. “This is particularly urgent because of current plans to place small 5G cell towers about every 300 meters in every street across the country. These 5G ‘small cell’ antennas will result in continuous exposure to everyone living nearby and everyone walking down the street. The increased exposures will increase risk of cancer and other diseases such as electro-hypersensitivity.”

For a more comprehensive review of the study, see Ramazzini Study On Radiofrequency Cell Phone Radiation: The World’s Largest Animal Study On Cell Tower Radiation Confirms Cancer Link, and a presentation of the study’s findings can be watched below:

This article (Cancer Link Confirmed in Largest Ever Cell Tower Radiation Study) originally created and published by Waking Times and is published here under a Creative Commons license with attribution to Alex Pietrowski and WakingTimes.com.