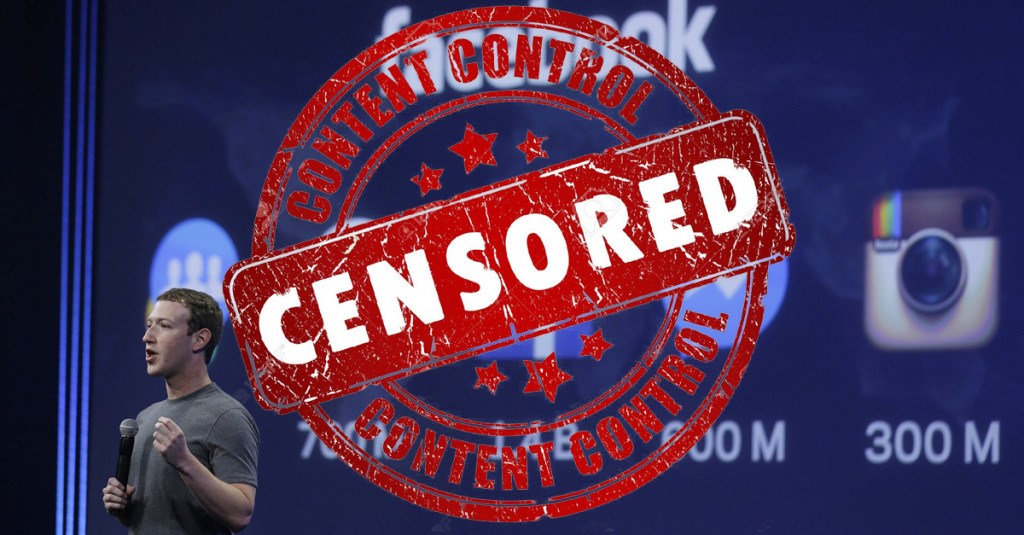 With all the recent controversy surrounding  Facebook’s censorship of conservatives, I think it is important to step back and remember how Facebook came to be.

Because this company is not quite like most American companies.

Not by a longshot.

Facebook recently experienced one of the most epic single day stock collapses in the history of tech stocks.

You’d think that there would be widespread panic to steady the ship and pay more attention to users’ wants and needs.

You’d assume that any traditional American business would show a sense of urgency to return to profitability.

If you understand how Facebook was funded, you might start to see why they will be in no hurry to change and why stock prices are not what drives this company.

Facebook’s first round of venture capital funding ($US500,000) came from former Paypal CEO Peter Thiel. Author of anti-multicultural tome ‘The Diversity Myth’, he is also on the board of radical conservative group VanguardPAC.

The second round of funding into Facebook ($US12.7 million) came from venture capital firm Accel Partners. Its manager James Breyer was formerly chairman of the National Venture Capital Association, and served on the board with Gilman Louie, CEO of In-Q-Tel, a venture capital firm established by the Central Intelligence Agency in 1999. One of the company’s key areas of expertise are in “data mining technologies”. Source: NZ Herald

Peter Thiel is, of course, a long time Bilderberg member. Many people believe that Bilderberg is the elite group of the “New World Order” responsible for making policy decisions that effect the political landscape of the entire planet.

James Breyer’s connection to the CIA is obvious.

We all know who the CIA is.

This does bring up some very important questions.

Is Facebook really just another American success story of a college kid who made a better mousetrap?

Or with these particular funding sources, is it possible that Facebook is government in disguise?

In July of 2011 CBS News published an article entitled Social Media Is a Tool of the CIA. Seriously.

You don’t need to wear a tinfoil hat to believe that the CIA is using Facebook, Twitter, Google (GOOG) and other social media to spy on people. That’s because the CIA publishes a helpful list of press releases on all the social media ventures it sponsors, via its technology investment arm In-Q-Tel.

It is important to note that both Peter Thiel and the CIA-connected Accel continued to fund Facebook after the initial investments, so they must have been happy with the return. Here are some relevant excerpts from Fortune which has a timeline of Facebooks’s funding:

The fledgling social network receives $500,000 from Peter Thiel, president of Clarium Capital. Then current social champ Friendster is rumored to make a $10 million bid for the company, but Zuckerberg rejects it.

In 2007 Bill Gates and Microsort got involved and invested $240 million.

Are you noticing the globalist theme here?

So I ask you to ponder this today…

Knowing Facebook’s sources of funding, do you really believe they care about what the average user thinks?

Even if they aren’t, they are definitely one of those elite insider companies that functions much like a division of the government.

With the number of Facebook active users recently surpassing 2.2 billion worldwide, we should all be quite concerned.

When you combine the worldwide explosion of users with the globalist-minded investors, it doesn’t take a rocket scientist to understand that this is a dangerously powerful company that answers to some dangerously misguided people.

Do you really think you and I can change that?

How do you think Bill Gates, a liberal-globalist who invested $240 million, would react if Facebook suddenly started to treat conservatives fairly?