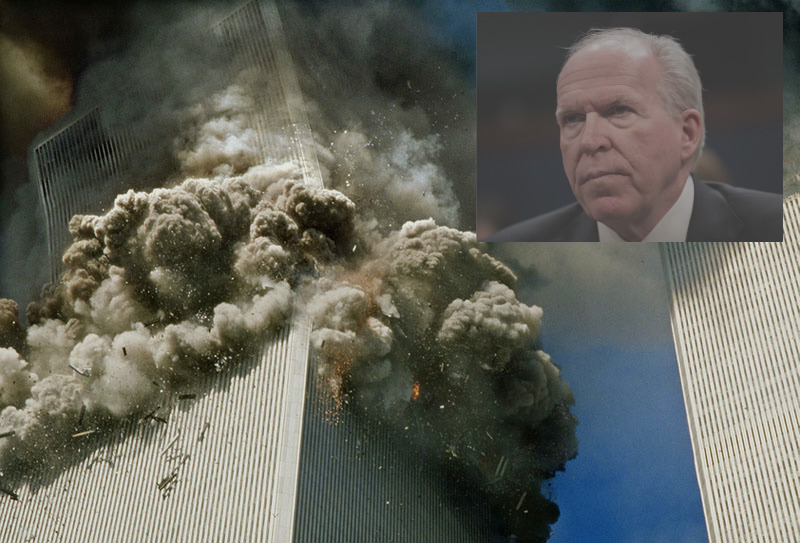 When the Senate eventually voted to confirm Brennan in 2013, 34 senators voted no, including Rand Paul (R-KY), who attempted to filibuster the confirmation vote; Ted Cruz (R-TX); Charles Grassley (R-IA); Patrick Leahy (D-VT); Mike Lee (R-UT); Jeff Merkley (D-OR); Bernie Sanders (D-VT); and Richard Shelby (R-AL). Barbara Boxer (D-CA) did not vote. Madsen asks, “What did these senators actually know about Brennan, especially the Democrats, who decided Brennan was not for the job?” Source

Whether Brennan truly is a Muslim convert, or not, I want to discuss something today that should make you very angry.

John Brennan was Chief of the CIA station in Jeddah, Saudi Arabia at the time 9-11 hijackers had their visas approved. And it is alleged that he gave the final approval.

On September 18, 2014, on the Ground Zero radio program, a whistle blower named Greg Ford of the 223rd Military Intelligence Battalion claimed that Brennan, as chief of the CIA station in Jeda, overrode concerns and ordered that the visas of the 19 plane-hijackers be stamped. At 1:32:47 into the interview, Ford talked about ISIS and how it was created. Someone called in with a question about 9/11. Ford said:

Michael Springmann was the head of the visa bureau in Saudi Arabia at the time those visas, and numerous other questionable visas, were stamped. In this interview, Springmann recounts the time when his decisions were consistently overruled and many highly questionable visas were being issued, against his recommendations.

National Review reports that none of the hijacker visas were completed correctly.

All 19 of the hijacker applications were incomplete in some way, with data fields left blank and questions not fully answered. Every application should have been round-filed. Yet U.S. officials approved 22 of the 23 hijacker visa applications. Of the 15 Saudis, four got their visas after the creation of the Visa Express Program in June 2001. Eight other conspirators tried to get visas during the course of the plot. Three succeeded, including Khalid Sheikh Mohammed, the mastermind of 9/11.

As the National Review article suggests, all 19 applications should have rejected immediately. But those visas were instead approved and the result is 2977 innocent people losing their lives on that fateful day of September 11, 2001. 2996 were killed, including the 19 hijackers, and 600o more were injured.

Is this a case of incompetence or corruption?

BREAKING: 9/11 – All 19 Islamic terrorist high-jackers got their visas stamped before they came to America at the CIA station in Jeda. And who was in charge? Who overrode everyone else's concerns and cautions and ordered those visas stamped?? "Disgraced Demagogue" John Brennan pic.twitter.com/vKT3rTh6CJ

John Brennan recently had his security clearance revoked by the Trump Administration.

What John Brennan allegedly did as a CIA station chief in Saudi Arabia will haunt this nation forever. Whether he gave final approval or not, it happened on his watch.

If the allegations are true then we arrive at a very sobering, yet logical, conclusion.

If it weren’t for John Brennan, 9/11 may have never happened.