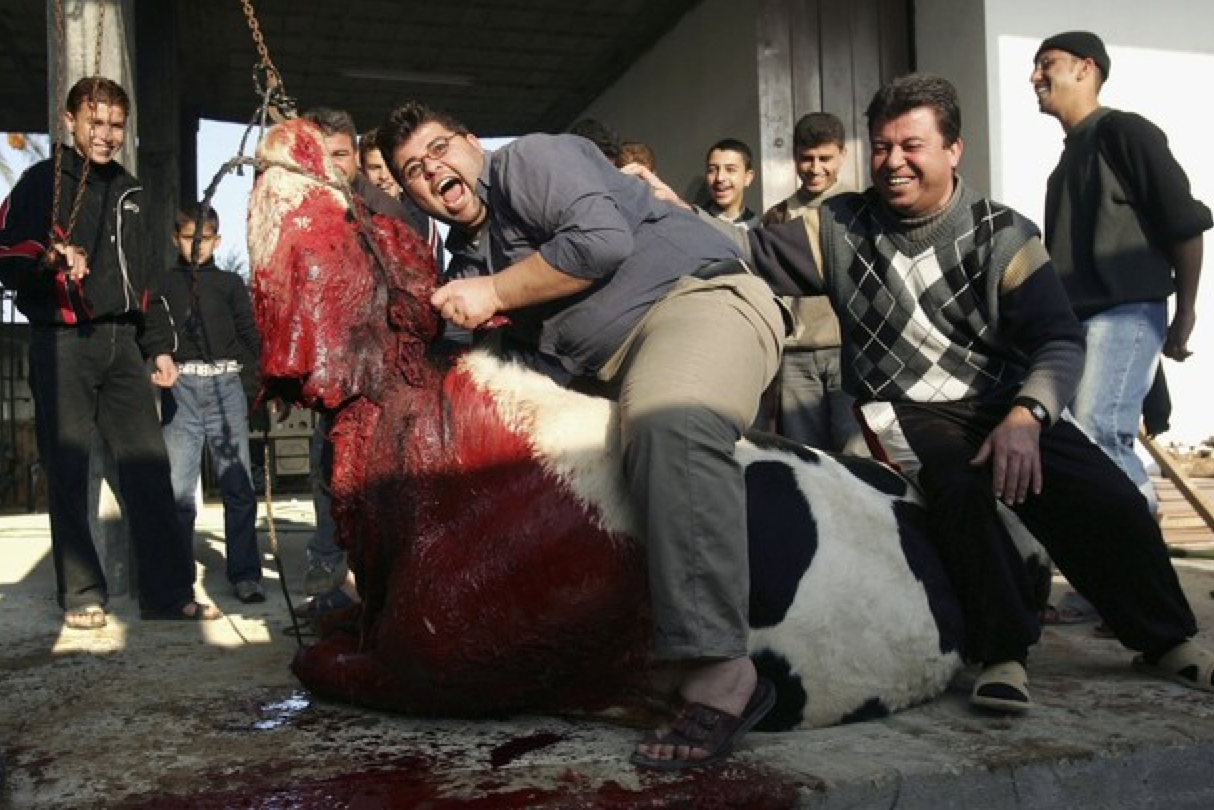 This weekend is the Eid Al-Alfa holiday. Muslims believe that on this day, their Prophet was ready to sacrifice his son in order to prove his faith in Islam to Allah but just as he was about to strike the knife, Allah replaced his son with a sheep to sacrifice instead. On this holiday Muslims slaughter sheep, cows, goats, camels, etc. and let them bleed out.Virginia police blocked the entrance to a Virginia business today to prevent Muslim customers from entering to choose their animals for the annual Eid Al Adha slaughter.

Police are blocking the entrance to the #Virginia Muslim-owned business to prevent customers from entering to choose their animals for #EidAlAdha sacrifice. @CAIRNational is asking the city manager to lift the blockade and respect religious liberty. pic.twitter.com/SZnBcToQJP

Much the way the terror-tied group CAIR demands we submit to 9/11, San Bernardino, Nice, Berlin, Paris, Mumbai, etc and “respect religious liberty.”CAIR International negotiated with the police to open up the market to Muslims to pick their animals.

Breaking good news!
We at @CAIRNational just finished negotiating with city officials who agreed to lift the police blockade & allow Muslim families to enter the facility on #EidAlAdha to select their animals for sacrifice.

We appreciate the cooperation of city officials. https://t.co/1UYkm8qu6C