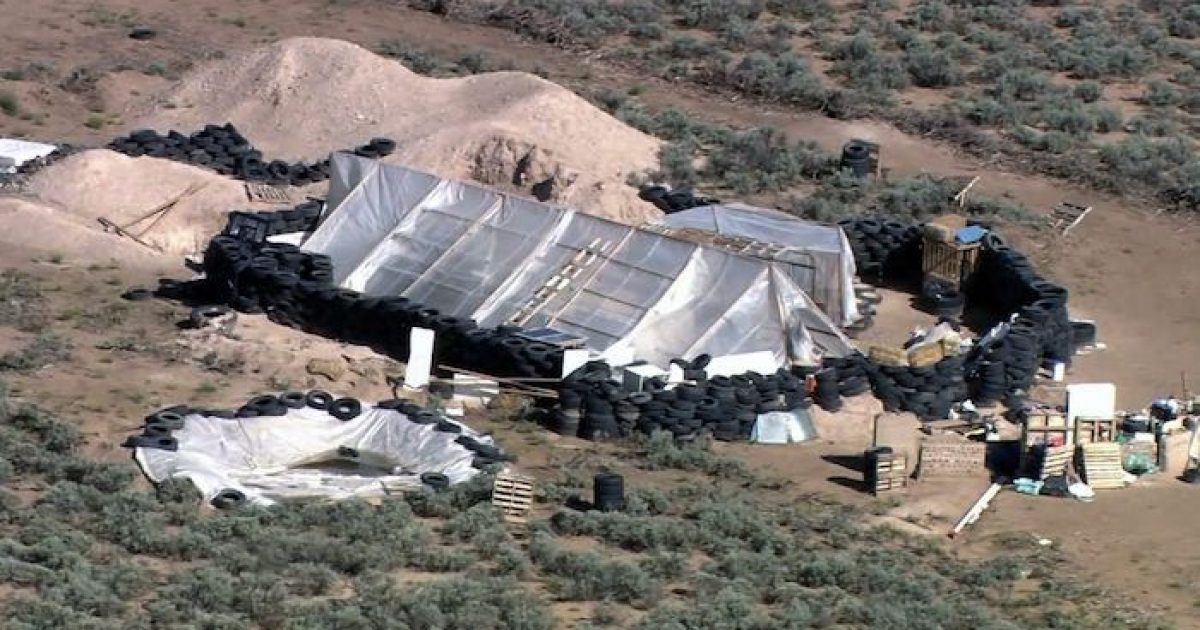 The Fabricating News Network, CNN, seems to be more concerned that the news around the New Mexico Islamic jihad compound where Islamists killed a young boy in an Islamic ritual and were training other young children to commit mass school shootings in their jihad effort will lead to a rids in racism and Islamophobia than they seem concerned over what was actually going on there and the apparent government coverup of it.

First, race has nothing to do with Islam, no matter how much ignorant people say it does.  There’s only one race, the human one.

Second, Islam as a totalitarian ideology that is a political construct wrapped in the clothes of religion.

However, CNN wants to paint the direct opposite of it.

Residents of this sparsely populated region of northern Taos County encountered members of the black Muslim family in familiar places: the gas station, the Family Dollar, the hardware store, the body shop. Little about the family members stood out, they said, apart from their dirty clothes and their skin color, a rarity in this area primarily populated by Hispanos — descendants of Spaniards who settled in the Southwest centuries ago.

Otherwise, those who met them said they seemed friendly. A resident recalled how one of the men tenderly wiped the nose of a crying child. What little the residents knew about the compound didn’t raise eyebrows in an area where many people live “in unconventional ways,” as the judge in the case has said.

Individuals from society’s periphery have long sought refuge in this part of the state, where cheap land far from the nearest power line or shopping center is easy to find. The region’s history of welcoming outsiders has contributed to cross-cultural exchanges and a tolerant attitude that locals consider points of pride. Many are quick to distance the state’s countercultural vibe from the compound and its inhabitants, who are accused of training the children to commit mass shootings. But they also fear that the publicity around a case infused with allegations of terrorism, child abuse and faith healing might contribute to a rise in racism and Islamophobia.

“People come here and they want to be left alone and sometimes they do things that are unconventional,” said Malaquias “JR” Rael, whose family arrived in the Taos region in the mid-1800s. Newcomers are drawn to the area for its proximity to nature, breathtaking views and simple way of life, he says. Other families like his — predominantly Hispanos — have been here for generations.

“It can be difficult to be alarmed or judgmental, because people have been doing this kind of stuff for a long time.”

Isn’t this the case in almost every single instance of Islamic jihad here in the States?  The Muslim seems normal and just like everyone else and then all at once, they go jihadi, right?  While others are just devout fully and make no bones about their jihad intentions.

But the historical and documented evidence is enough that any thinking American or anyone for that matter, should be able to dismiss the claims that Islam is about peace and not about totalitarian control of people.

The fact of the matter is that the Koran teaches these kinds of things.

It teaches about striking the infidel.

And slay them wherever you come upon them, and expel them from where they expelled you; persecution is more grievous than slaying. But fight them not by the Holy Mosque until they should fight you there; then, if they fight you, slay them — such is the recompense of unbelievers — Koran 2: 191

This is the recompense of those who fight against God and His Messenger, and hasten about the earth, to do corruption there: they shall be slaughtered, or crucified, or their hands and feet shall alternately be struck off; or they shall be banished from the land. That is a degradation for them in this world; and in the world to come awaits them a mighty chastisement,… – Koran 5:33

‘I am with you; so confirm the believers. I shall cast into the unbelievers’ hearts terror; so smite above the necks, and smite every finger of them!’ – Koran 8:12

And prepare against them whatever you are able of power and of steeds of war by which you may terrify the enemy of Allah and your enemy and others besides them whom you do not know [but] whom Allah knows. And whatever you spend in the cause of Allah will be fully repaid to you, and you will not be wronged. – Koran 8:60

Slay the idolaters wherever you find them, and take them, and confine them, and lie in wait for them at every place of ambush. – Koran 9:5

O believers, fight the unbelievers who are near to you; and let them find in you harshness; and know that God is with the god-fearing. – Koran 9:123

But those who disbelieved will have cut out for them garments of fire. Poured upon their heads will be scalding water. – Koran 22:19

So when you meet those who disbelieve [in battle], strike [their] necks until, when you have inflicted slaughter upon them, then secure their bonds. – Koran 47:4

“And they (the disbelievers) schemed, and Allah schemed (against them): and Allah is the best of schemers.”  Quran (3:54)

Let not the believers take the unbelievers for friends, rather than the believers — for whoso does that belongs not to God in anything — unless you have a fear of them. God warns you that you beware of Him, and unto God is the homecoming. – Koran 3:28

Whoso desires another religion than Islam, it shall not be accepted of him; in the next world he shall be among the losers. – Koran 3:85

It teaches about sex slavery and abusing women.

“O Prophet! Lo! We have made lawful for you your wives to whom you have paid their dowries, and those whom your right hand possesses of those whom Allah has given you as spoils of war” (33:50).

“The believers must win through, those who humble themselves in their prayers; who avoid vain talk; who are active in deeds of charity; who abstain from sex, except with those joined to them in the marriage bond, or the captives whom their right hands possess, for in their case they are free from blame.” (Qur’an 23:1-6)

CNN and other Communist outlets either are ignorant of the Koran or lying.  Their track record indicates they are lying.

This will not give rise to racism, nor will it give rise to the nonsensical notion of Islamophobia, since there are many Muslims who are petrified of Islamic jihadis.  In fact, the word really is useless.

Ned May of the International Civil Liberties Alliance (ICLA), blasted the Office for Democratic Institutions and Human Rights (ODIHR) use of the term “Islamaphobia” at the Organization for Security and Co-operation in Europe’s Human Dimension Implementation Meeting, calling it “a violation of logic.”

In the worst of cases, such terms can be exploited to effectively undermine human rights,” he added. “For example, the definition of ‘Islamophobia’ presented at the OSCE conference in Toronto in May of this year (2013) fails to meet reasonable standards of logic, coherence and objectivity.”

May went on to point out that the definition “fails solely to inclusion of the word ‘unfounded.’ Thus, well-founded fear, mistrust or hatred of Islam does not constitute Islamophobia.”

To make his case, Ned May pointed to the very real fear of non-Muslims.

“Millions of non-Muslims have very real reasons to fear Islam and Muslim violence, and cannot reasonably be described as ‘Islamaphobes,” he said. “Furthermore, any investigation into the fear of Islam, is denounced as ‘Islamophobia.’ Thus, the definition of Islamophobia is circular, a violation of logic.”

So what was Mr. May’s proposal to the OSCE? Abandon the use of the term.

“ICLSA recommends that OHDIR immediately abandon any use of the term ‘Islamophobia,’ remove it from existing publications and omit it from all future publications,” said May.

The reality of Islamic jihad is just that, a reality.  Furthermore, it is a staple of Islamic history.  As Robert Spencer

, there can be no getting around the fact that devout Islamists, not radicals, have always engaged in jihad according to the Koran

and following in the footsteps of Muhammad

In the words of Bill Engvall