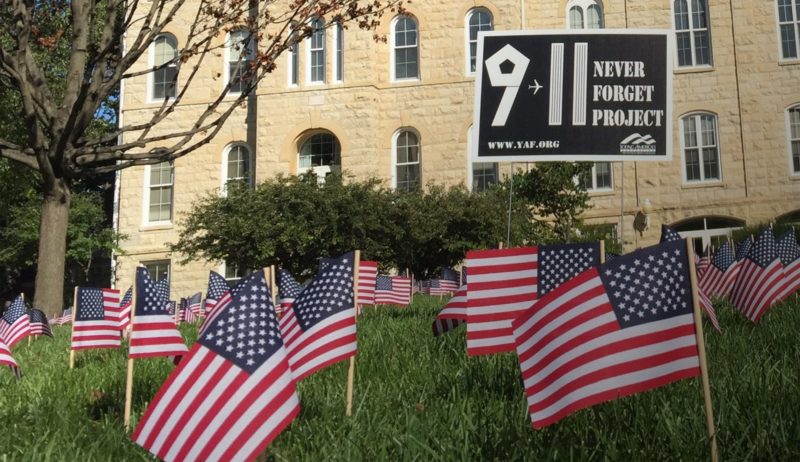 Conquered. We cannot honor our dead in the worst attack on American soil. Not soldiers but thousands of American civilians —  moms and dads and children going about their daily lives on a lovely Tuesday morning in America. Honoring them violates islamic law.

9/11 was an act of war in the cause of Islam. Do Muslim students support that? If so, why would we sanction it? If not, why would they be offended?

Looking back on the past 18 years, it pains me most grievously to say it, but 9/11 was a great success for the Muslim world. As Ground Zero mosque Imam Rauf stated categorically, “9/11 was a watershed moment for Islam.”

9/11 was a watershed, was a major milestone, and a major catalytic force in, in catalyzing the attention towards the issue of Islam, it’s presence in the West, and it brought into much greater prominence our work and the importance of our work. Imam Rauf 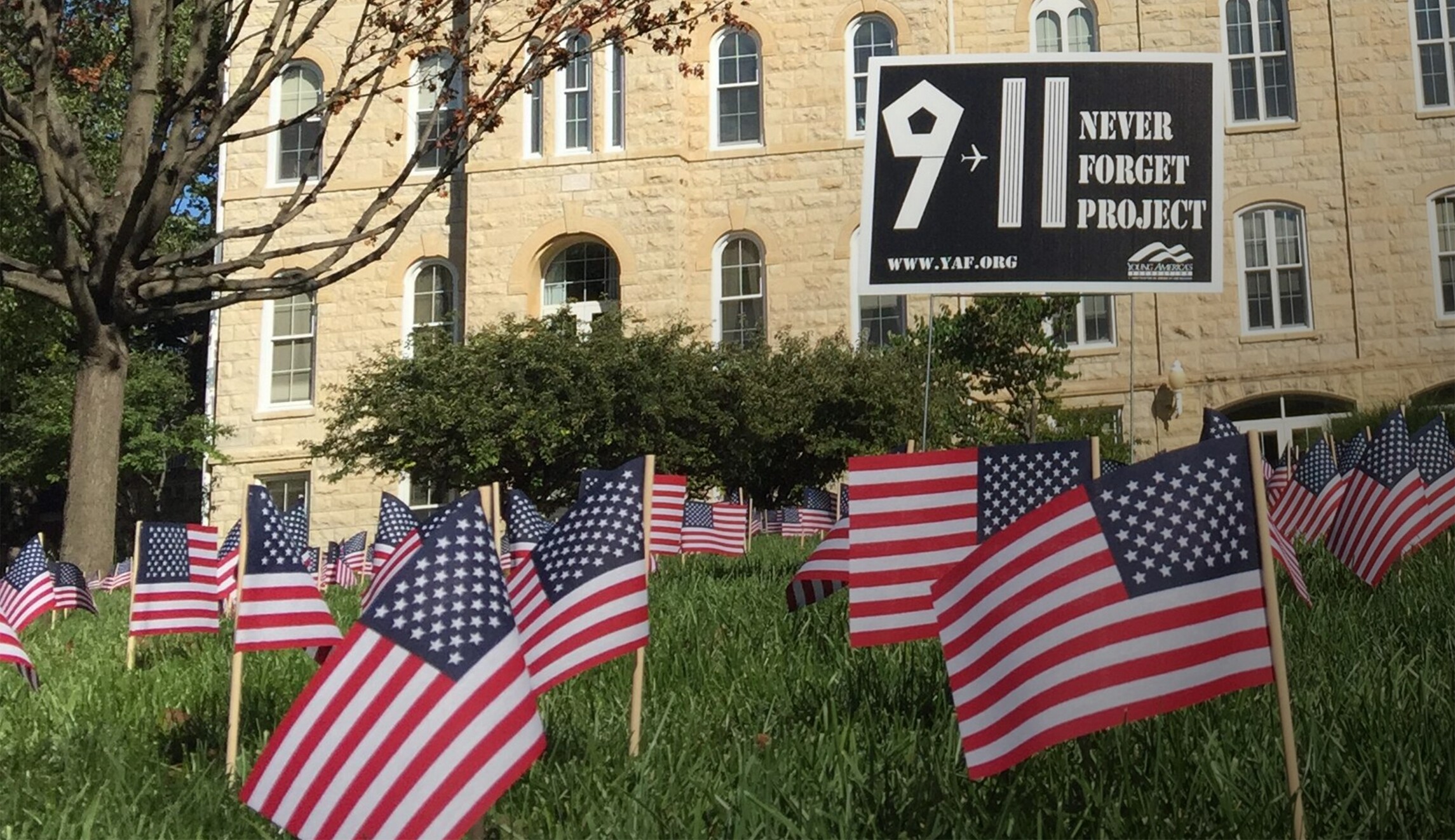 ADMINISTRATORS AT RIPON COLLEGE IN WISCONSIN HAVE RULED THAT A SEPT. 11 MEMORIAL CANNOT TAKE PLACE ON CAMPUS BECAUSE IT MAY OFFEND MUSLIM STUDENTS.

The private school cited bias reports that were filed during last year’s Sept. 11 memorial project, a project that was a part of Young America’s Foundation’s iconic patriotism initiative which takes place across the country on campuses every year.

The school’s Bias Protocol Board said the project creates an “environment” where “students from a Muslim background would feel singled out and/or harassed.” As a result, Ripon students will not be allowed to hang flyers as part of their vigil to remember the victims of Sept. 11.

According to YAF, administrators claimed that one of their objections is “because radical Islamist terrorism ‘represents a small percentage of the terrorist attacks that happened to this country, and they don’t represent the full gamut, and they show a very small picture of a specific religion or nationality instead of the larger viewpoint.’”

“This attempt by Ripon College’s ‘bias protocol board’ to sanitize the truth out of remembering the anniversary of September 11 proves the necessity of YAF’s iconic 9/11: Never Forget Project, as well as the need for bold YAF activists,” Young America’s Foundation Spokesman Spencer Brown told Red Alert Politics. “YAF’s leadership in creating meaningful memorials on this important date in our nation’s history ensures that the rising generation remembers the 2,977 innocent lives lost. The administrators’ reliance on feelings rather than facts betrays their intention to cower from the truth rather than highlight the scourge of radical Islamist terror for what it is: evil.”

The Ripon handbook states that the college is “committed to the free speech and open exchange of ideas and views, as reflected in the institution’s Core Values” but this commitment “requires the confrontation of challenging issues in the context of civil discourse and intellectual inquiry.” Students can combat bias by “participating in on-campus programming around multiculturalism, diversity and social justice.”

The handbook goes on to explain and vaguely define a “bias Incident” as a “behavior or act—verbal, written, or physical—which is personally directed against or targets an individual or group based on perceived or actual characteristics.”

While hate crimes should be punished and bias generally creates a negative environment for learning and living, Americans should absolutely be biased against our enemies, especially terrorist organizations like al Qaeda or the Islamic State.

Ripon’s censorship of YAF’s memorial is a chilling example of speech suppression, where a bipartisan, patriotic event is being shut down due to the anonymous objections of a few. It’s also an example of the shocking anti-American sentiment taking place in U.S. higher education.