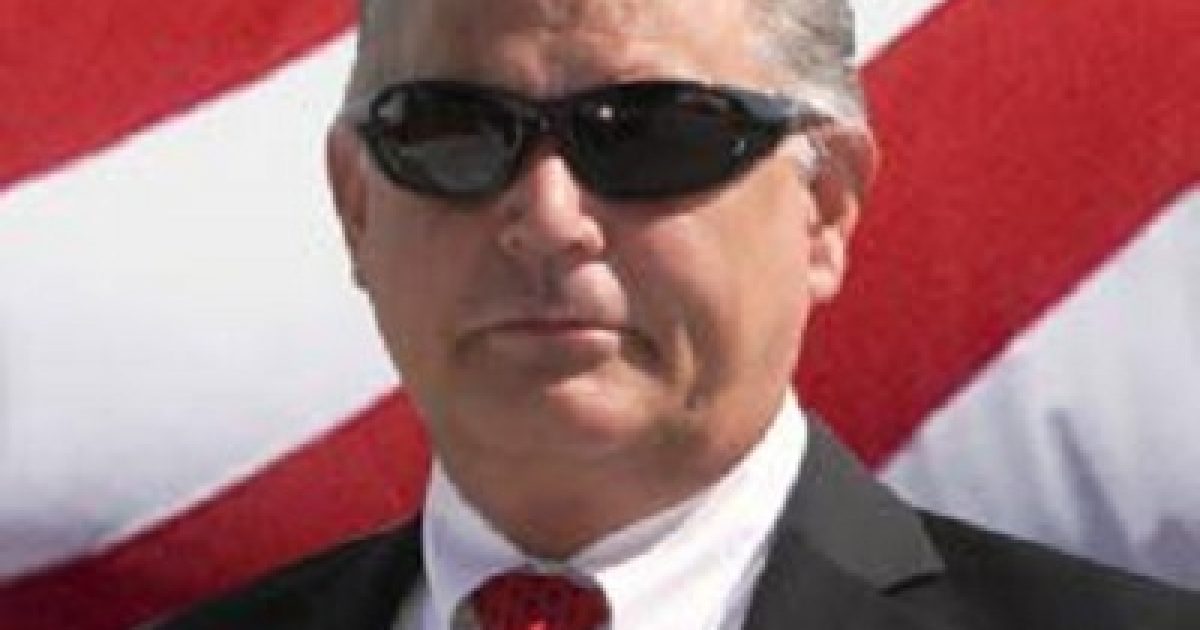 “We have grown up as a nation, respected for our free institutions and for our ability to maintain a free and open society. There is something about the way the CIA has been functioning that is casting a shadow over our historic position and I feel that we need to correct it.” – President Harry Truman.

is doing just what President Truman spoke about and recently dropped a bombshell in an interview with Sheila Zilinsky.  During the interview, Shipp not only pointed out his position as station chief in Saudi Arabia during the time that the 9-11 hijackers received their visas but also that he converted to Islam during that time and his ties to the Communist Party and how indictments are waiting in the wings for the criminals of the Deep State.

Now, Shipp makes no bones that there are dead bodies tied to Brennan, including those Americans killed in Benghazi on September 11, 2012, as well as Michael Hastings.

“Indictments are coming because of Donald Trump coming into the White House from the outside,” says Shipp. “Trump cannot be bribed.”

I like Kevin.  I consider him a friend.  We have spoken on several occasions and I have a signed copy of his book “ From the Company of Shadows

.”  I believe he is an Orthodox Christian man, but I’m not so sure that Trump can’t be bribed.  Just look at some of the evidence the mainstream media and his supporters never dealt with concerning a large sum of debt forgiven by none other than George Soros!

However, this is not the first time that Shipp has pointed out that corruption that is in Washington, DC nor the fire time that he has mentioned indictments.

When interviewed by Greg Hunter and asked, “How did Hillary Clinton get away with obvious crime with her unprotected server and the shady Uranium One deal?”, Shipp answered:

Then, you’ve got Peter Strzok protecting her, and now it appears the United Kingdom GCHQ was using NSA information to target Donald Trump and protect Hillary Clinton. You have to ask yourself what kind of power or connections does this woman have to get all of these members of the Deep State, Shadow Government to risk their own criminal penalties to protect her and try to get her elected? That is the Shadow Government. That is the Deep State. That is what is so chilling about this whole thing. . . .

This is deep. This is dark. This is as dark as it gets, and this is the biggest espionage case involving government officials in the history of this country.”

From that interview, which contains much of the interview of the one above:

Shipp: “Russian intelligence had targeted the Clintons for this operation……”

Shipp: “Yah, that’s a good point to make, Gregg, this is all documented, every single thing we have discussed, this is on the Congressional Record, this is all out there for people to see, the espionage statutes that were violated are all out there for everyone to see. And the most bizarre thing about it, amongst many, is that Robert Mueller was in charge and running a counter-intelligence investigation against Russia during the Uranium One deal. He knew the Russians were engaged in extortion, bribery, racketeering, as you mentioned, related to Uranium One. He approved the Uranium One deal knowing  these millions of dollars were going into the Clinton Foundation, and he ignored the fact that these Russians had targeted ad essentially co-opted Hillary Clinton and were funneling money into her campaign and of course, $500,000 for Bill Clinton to go over there and speak. And Robert Mueller, in charge of FBI Counter-Intelligence in that investigation totally ignored the whole thing, brought no charges, and just basically put it under the blankets and covered it up.”

Hunter: “And he allowed it to continue…now we find out..what you’re telling us is a nugget here, it wasn’t a “one-and-done” where she got $140,000,000 here, they were using it as a vehicle to launder money for Hillary Clinton…is that what you’re telling me?”

Shipp: “That’s what I’m saying. I’m saying that Hillary Clinton used this to launder money in foreign banks, so it wasn’t subject to U.S. laws, Congressional Subpoenas, or FOIA demands for the evidence. This was done to launder this money globally through the Clinton Foundation so the US Government could not examine it at all.”

Hunter: “And Robert Mueller knew this was going on…so he’s a traitor, too, correct?”

Shipp: “He’s either…for lack of a better term..a complete moron…which I think obviously, he is not…or he overlooked one the biggest Counter-Intelligence Espionage cases in U.S. history, involving Hillary Clinton, The Clinton Foundation, Uranium One…and then of course, her destruction of all the evidence and emails, the secret server, it just goes on and on and on it goes, and he ignored it all.”

Hunter: “Is there something bigger going on here, with all the people you named?  We’re talking Attorney Generals, top Security people, head of the CIA, Brennan, head of the FBI, Mueller, Comey..were they trying to take down America from the inside?”

Shipp: “Well, I have a lecture out, YES this is a case of subversion, with the election of Barack Obama, the connection to the Muslim Brotherhood, the donations and connections from George Soros…to destroy U.S. Sovereignty. YES, this is a subversive effort to undermine the Constitution and some aspect of the Bill of Rights, change the Bill of Rights. That was the goal. That was the effort. This was powered, especially financially, by entities outside the United States.

And the most bizarre thing is, the people that protected this, and the people that protected Hillary Clinton from CLEAR felonious activity in violation of the espionage laws..we have James Clapper, the Director of National Intelligence, protecting her, leaking things to the media, lying. You have John Brennan, the director of the CIA, protecting her, starting a false investigation and stirring that up with this dossier. You have James Comey, Director of the FBI, protecting her…he goes all the way back to Whitewater, he’s been a Clinton fixer for a couple of decades. Then you’ve got Peter Strzok, protecting her. Now as it appears, that even the United Kingdom GCHQ was using NSA information..also to target Donald Trump and protect Hillary Clinton.

So you have to ask yourself, WHAT KIND OF POWER, OR CONNECTIONS, DOES THIS WOMAN HAVE –to get all these members of the Deep State/Shadow Government to basically risk their own criminal penalties, to protect her, and try to get her elected? THAT is the Shadow Government, THAT is  Deep State. THAT is what is so chilling about this whole thing.…is the people that were connected to Hillary Clinton, and trying to get her elected.”

Hunter: “……..How did Hilary Clinton get Comey, Lynch, Clapper, Brennan, Jared, Powers, Obama…How did she get all these people to commit felonies for her?”

Hunter: “That’s my question. Are they corrupt? Are they bought off? Are they Communist? Because the Democrat party is flat out Marxist/Communist, that’s what it really is…and they’re the people that run it. They’re the people that run it, you need look no further than that, you know with Perez and Ellison. How did she get all these…we’re talking, foreign spy agencies were trying to destroy Donald Trump.  How did they do it? What’s the motivation?”

Shipp:  “That’s the big question, Gregg, is what in the world, what kind of power does this woman and her criminal husband -what kind of power do they  have, that would motivate these high officials in our government to cover up actual criminal violations, cover up fraud, and all of this, and protect her?  This goes outside our government, it goes to billions of foreign dollars…I’ll give you one example.

James Comey, he goes all the way back to Whitewater, he was part of the Whitewater investigation. She greased the skids and got him a position at Lockheed Martin, a major contributor to the Clinton Foundation, where he made $6 million in one year. There’s just one example of how the Clintons and the Clinton Foundation manipulated some of these people, and of course, they put some of these people in these positions, knowing they would protect them.

So this is DEEP, this is DARK, this is as dark as it gets. In my opinion, it’s the biggest espionage case involving government officials in the history of this country.”

[If you are a Clinton supporter, as I was for a long time (voted for her in 2016) it behooves you to inform yourself of the deep, dark nature of these crimes. 30 minutes is not a lot of time to learn something new, that is in the Congressional records….  ~PB]
#JusticeIsComing #DeepStateTakedown

Hunter: “Is that the Holy Grail?Is that the thing that could break this wide open?”

Shipp: “Yes. The NYPD had this evidence, and were going to come out and bring it in press conference to the public, and they were ordered to stop by -guess who? Clinton fixer Loretta Lynch, who goes all the way back to the Clinton Foundation investigation, she tabled that too. But Loretta Lynch ordered the NYPD, as basically superior to them, from a Federal Level, NOT to hold a press conference, NOT to investigate it any further, but it was now the FBI’s matter, and they were to Cease & Desist. And I guarantee you, there are a lot of Detectives in the NYPD, if you’ll excuse my French, that are pretty pissed off about that. And so this thing is just bubbling like a cauldron under the surface, and when it blows, it’s going to be pretty nasty.”

I like Kevin.  I like what he has to say.  I’ve heard through Q Anon, which is a questionable source at best, that we should “stick to the plan,” which sounds like a mind control operative to me, and yet, they all want to point to indictments.  Some will even talk about hundreds or thousands of sealed indictments and how Trump is going to bring the Deep State down.  Hey, no one would love to see that more than me.  No one would love to see me be wrong about all of this than me, but I believe America has turned so much from the God of her founding, and knowing how God has dealt with nations in the past who have done so, I have a really hard time believing that all of this is in place.

Still, I hold out hope that maybe, just maybe, we might see the criminals in our government brought to justice, but given Trump’s immediate response to Hillary Clinton and saying we owe her a debt of gratitude and how she and Bill are “good people” and he doesn’t want to hurt them, probably cause he’s good friends with them, I’d say that indictments to hold those most accountable for their crimes is highly unlikely.

Yet, if I’m proven wrong, I will be delighted to print my misapprehensions.  I truly hope that Shipp is right!