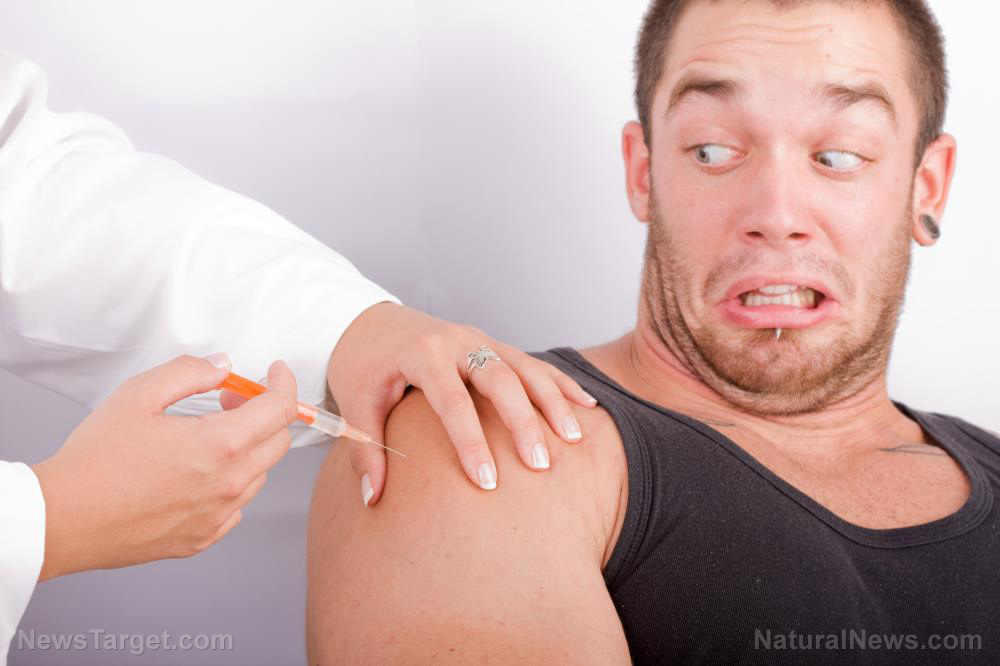 (Natural News) Back-to-school season is here. Alongside sales, shopping and students, you may have noticed that something else is back: The flu shot. The push to get vaccinated is in full swing, whether you’re at the grocery store or simply watching the evening news. “It’s never too early to get the flu shot,” vaccine pushers are saying. And after the massive failure of the 2017 flu shot, it’s no surprise that pro-vaccine propaganda is already everywhere.

As the masses become more aware of the fraud behind the flu vaccine, Big Pharma and their puppets are going to be working overtime to sell their disinformation. In 2017, the flu vaccine was so ineffective that experts warned there would be a “Flu-pocalypse.” As a news video by The Highwire with Del Bigtree shows, media pundits around the world declared that the 2017 flu shot was only about 10 percent “effective,” yet companies and hospitals around the U.S. are forcing employees to get vaccinated.

“It’s a terrible vaccine,” Bigtree states. “But what’s outrageous is how much fear they’re creating around the idea that they may not have a vaccine,” he contends. Indeed, the fear here is actually being used to serve the vaccine industry. It’s as if these people believe the human immune system simply can’t function without a shot.

After years of toxic inoculations, that may not be so far-fetched (unfortunately).

As Bigtree contends, the media seems to use fear-mongering to push people towards vaccination, even when the vaccine clearly doesn’t work. Last year’s vaccine was a total sham — and this year’s inoculation will be no different. But everywhere you look, there’s an advertisement for the shot. Some places are even doling out flu shots for free, but it seems Big Pharma can’t even give these things away anymore.

While the mainstream media likes to claim that any increase in the case of flu is a result of people not getting vaccinated, data from the CDC shows that by the end of the flu season, approximately the same number of people were vaccinated in 2017 as years past. While the CDC writes that early season vaccination was lower, the data presented in their charts clearly shows that by the end of flu season, the numbers of vaccinated people are consistently about the same every year:

Indeed, the failure of the flu vaccine is not due to a dramatic decrease in the number of people being vaccinated, though that is what the vaccine propagandists would like for you to believe. But as Mike Adams, founder of Natural News and the pro-freedom video-sharing platform REAl.video, reports, the real science on vaccines lies in stark opposition to the pro-vaccine narrative.

Now a new study conducted by the Scripps Research Institute and published in the science journal PLoS blows the lid on exactly why flu shots are the greatest medical hoax in the history of science and medicine. Titled, “A structural explanation for the low effectiveness of the seasonal influenza H3N2 vaccine,” the research paper concludes that the very method of modern flu vaccine production causes viral strains to mutate to non-effective structures that do not confer the immunity being routinely claimed for flu vaccines.

Essentially, the way flu shots are made renders the flu strains useless for promoting immunity — which is why so many people still get the flu, even after vaccination. This failure rate is then used as propaganda to promote more vaccination.

But as Adams reported earlier this year, studies have now also shown that the flu vaccine doesn’t just fail — it can also cause disease to spread. Once again, mainstream media and conventional medicine have dropped the ball.

See more coverage of stories about health hoaxes disguised as “medicine” at Vaccines.news.