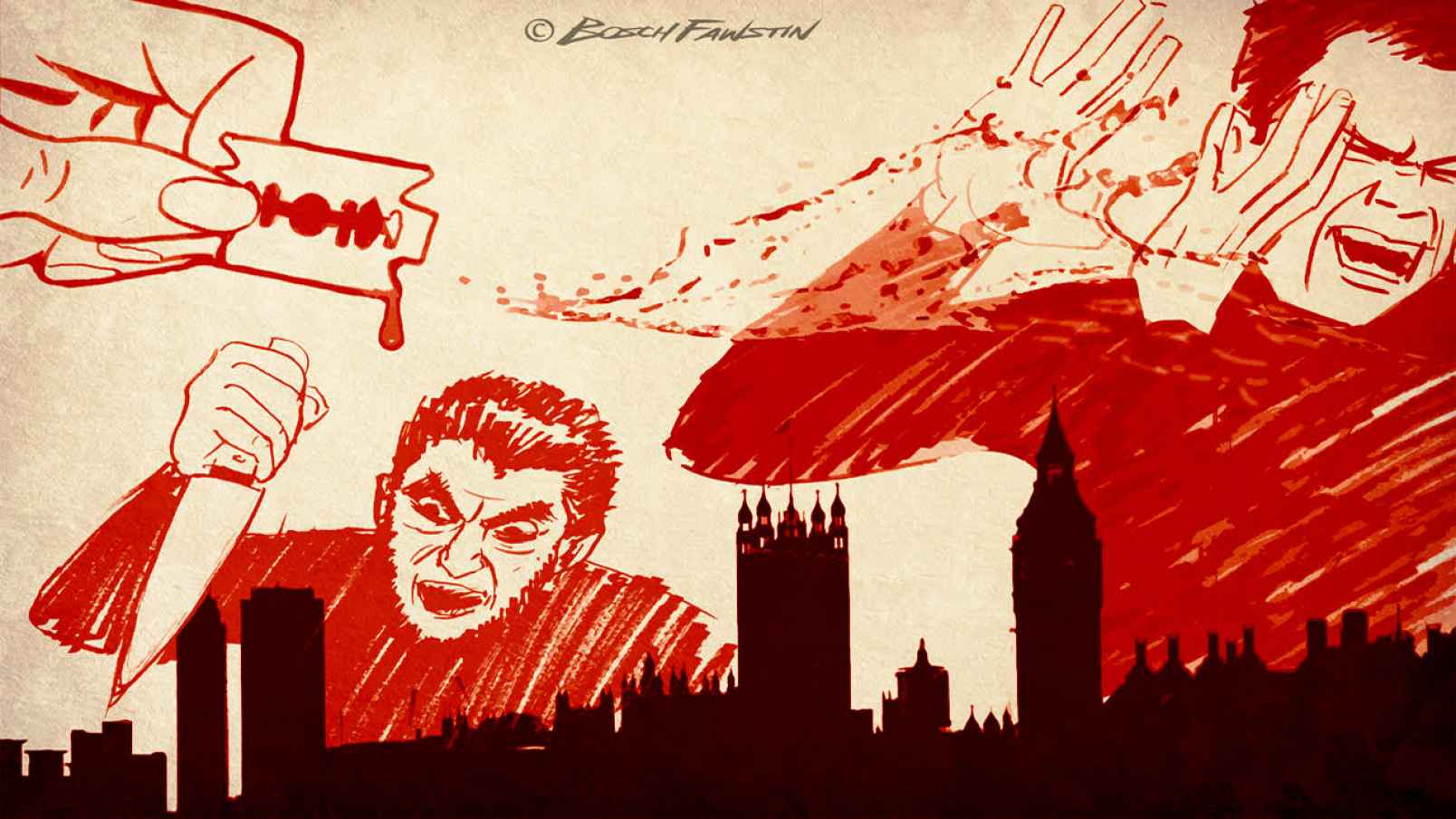 2017 was a banner year for acid attacks in Britain.

465 of them occurred in London. Most of the acid attacks are taking place in East London. The borough of Newham tops the acid attacks chart with 85 last year. What’s so special about Newham?

Nothing the media will tell you.

None of the two dozen media explainers pretending to explain why London became the world’s acid attack capital have bothered citing that simple statistic. Instead, there’s lots of mumbling about poverty, gang violence and the need for household cleaner control. To add on to the failed knife control policy.

The UK boasts the highest number of recorded acid attacks in the world. It narrowly beats out Bangladesh for the honor only because it has more transparent crime statistics and because a sizable percentage of the population of that Muslim country has relocated to the cozy boroughs of London.

Bangladeshis are one of the largest populations making up Newham and Tower Hamlets. Add on the Pakistanis, also world champions of acid hurling, and three other countries and minorities who also figure prominently in those areas, and it’s clear that immigration transplanted acid attacks to the UK.

British Department of Education statistics show that there were over 1,400 child abuse cases between 2016 and 2017 based on the belief of the parents that their children were witches or demons.

Acid attacks in London were up 500% since 2012. And witchcraft and demonic possession child abuse are up 900%since 2011. Those numbers show just how immigration and diversity are transforming the UK.

In 2012, there was already the one thing that no government could be without in a crisis: an action plan. The “National Action Plan to Tackle Child Abuse linked to Faith or Belief” debuted. It noted, “Cases of adults inflicting physical violence or emotional harm on children they regard as witches or possessed by evil spirits are known across the world.” Except that they weren’t common in the UK in 500 years.

The action plan’s example was Kristy Bamu, a teenage boy, who was tortured for days, and had his teeth smashed, before being drowned by his sister and brother-in-law for being a witch.

The Bamus were from the Congo. The murder happened in Newham which has a sizable population of Congolese immigrants.  Believing that children are witches is common enough in the Democratic Republic of Congo that there are 50,000 “child witches” living on the streets of Kinshasa.

How many child witches will there be living on the streets and dying in the flats of London in a decade?

Despite the British government’s action plan, the number of child abuse witchcraft cases just keeps rising. No amount of action plans can solve a problem whose roots are buried in faith and culture.

Between 2016 and 2017, not only were there over 1,400 cases of witchcraft child abuse, but there were over 5,300 recorded cases of women and girls who had undergone female genital mutilation.

33% of the cases had come through Somalia. 88% had come out of Africa.

Mutilating girls in this fashion is illegal in the UK. But the law is effectively not enforced. The few prosecutions ended in acquittals or dismissals.

Newham, one of the “youngest and most diverse” boroughs, has hundreds of girls estimated to be at risk for FGM. Newham has its own Female Genital Mutilation Prevention Service and the NHS has a special clinic for FGM victims serving women from Waltham Forest, Newham, Tower Hamlets and Redbridge. Newham takes third place for FGM among London’s boroughs. Top honors went to Southwark. Only 57% of the population of Southwark was born in the United Kingdom.

But between the acid attacks, the witchcraft and the genital mutilation, Newham truly has it all.

What do a 500% rise in acid attacks, a 900% increase in witchcraft child abuse and a 372% rise in FGM police reports have in common? They’re the wages of diversity and demographic change.

Islamic terrorism is only the most obvious and explosive charge in the clash of cultures.

FGM, honor killings and witchcraft child abuse, all efforts by traditional cultures to control their children, only increased because of the transition of these immigrant groups to the UK. Like Islamic terrorism, these forms of abuse are a reaction to and rejection of a new society. The difference is that the violence of Islamic terrorism or the Muslim sex grooming gangs are external, directed at the surrounding culture, while torturing and killing your own children is violence directed internally within the community.

Both types of brutality are a clear statement that an immigrant group feels that its values are threatened by living in the UK and that it seeks to protect those values through violence.

Diversity is a mechanical talking point in the modern world. A pause inserted into every sentence. A cliché beaten to death in every pamphlet. But diversity not only brings acid attacks, witch torture, Islamic terrorism, honor killings, FGM and a thousand other horrors into the United Kingdom, those horrors are also a response to and a rejection of the same diversity that immigration advocates adore.

Parents torturing their children and terrorists blowing themselves up in London are not only clear evidence that diversity has failed, they are diverse attacks on diversity by very diverse populations.

It’s fashionable for the smart set to believe that the majority, white people, hates diversity. But it’s the bombers and stabbers, the torturers and mutilators, who truly hate diversity. And so they have doubled down on the same measures that they used to keep their children in line in their own home countries.

They don’t want their children turning British and they’re willing to mutilate their genitals, smash out their teeth, run them over, and marry them off at a young age to make certain that they don’t.

And some of those children grow up convinced that the way to redeem themselves in the eyes of their parents, to prove that, despite all evidence, they haven’t been tainted by British ways, is to run over members of the hated native population in the streets, stab them, shoot them or blow them up.

Al Qaeda and ISIS have gained so many adherents in Europe and America because diversity is hated. Immigrant populations hate diversity far more than the biggest right wing activist ever could.

Conservatives make rational arguments against the blind worship of diversity. Muslims fight and die to stop it. Immigrant groups mutilate, abuse and kill their own children out of hatred of diversity.

Maybe it’s time to listen to those rational arguments.

Either that or watch another 900%, 500% or 300% spike in honor killings, witchcraft child abuse, acid attacks and genital mutilations. Or the latest round of Islamic terrorist attacks tearing through London.

Arguments, even the most rational ones, can be ignored. Violence can’t.