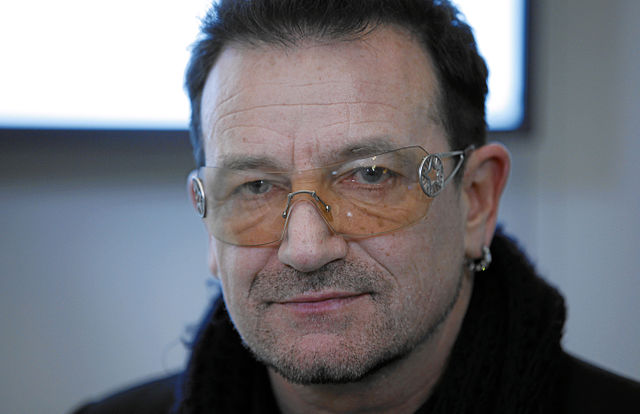 Africa’s population is soon going to “double” and “whatever the circumstances” will mass migrate to Europe — “and that is a good thing,” according to the executive director of Bono’s “ONE” NGO.

“As Africa’s population doubles, a lot of them, whatever the circumstances, will be coming to Europe, as economic migrants or as refugees, they will be coming, many of them,” ONE co-founder Jamie Drummond told the Joint Committee on Foreign Affairs and Trade and Defence last year. “And that is a good thing.”

“Because we will be senile,” Drummond said. “We will be senescent demographically. We’ll need their youthful energy to do stuff. So, that is just what the economic statistics tell you and the demographic data demands, you know, demography is destiny.”

He continued: “Europe and Africa are going to have a very close 21st century. The question is what kind of closeness will it be. And these kinds of investments through the aid program but also into people’s minds and ideas about who we are gives less succour to the xenophobes and populists who will otherwise do very well in the political climate over the next couple of decades if we don’t get this right, and I think we should all be quite worried quite frankly if we don’t make these investments and we don’t also make the investments not just in aid but in other policies like transparency.”

Africa’s population is slated to hit 4 billion by 2100:

Bono said he was going to take part in the “radical act” of waving a EU flag during his tour in Berlin:

I’m told a rock band is at its best when it’s a little transgressive: when it pushes the bounds of so-called good taste, when it shocks, when it surprises. Well, U2 is kicking off its tour in Berlin this week, and we’ve just had one of our more provocative ideas: during the show we’re going to wave a big, bright, blue EU flag.

I’m guessing that even to a rock audience, waving an EU flag these days is either an annoyance, a bore, a kitsch reference to the Eurovision Song Contest but to some of us it has become a radical act. Europe, which for a long time triggered a yawn, today sparks a kitchen-table screaming match. Europe is the theatre of powerful, emotional, clashing forces that will shape our future. I say our future, because there is no way to deny that we are all in this boat together, in seas churned up by extreme weather and extremist politics.

Europe is a hard sell in Europe these days. This is true even though there has never been a better place to be born than in Europe during the last 50 years.[…]

But all these achievements are under threat, because respect for diversity — the premise of the whole European system — is being challenged. […]

To prevail in these troubled times Europe is a thought that needs to become a feeling.

Bono ended up canceling his tour on Saturday due to “voice issues.”