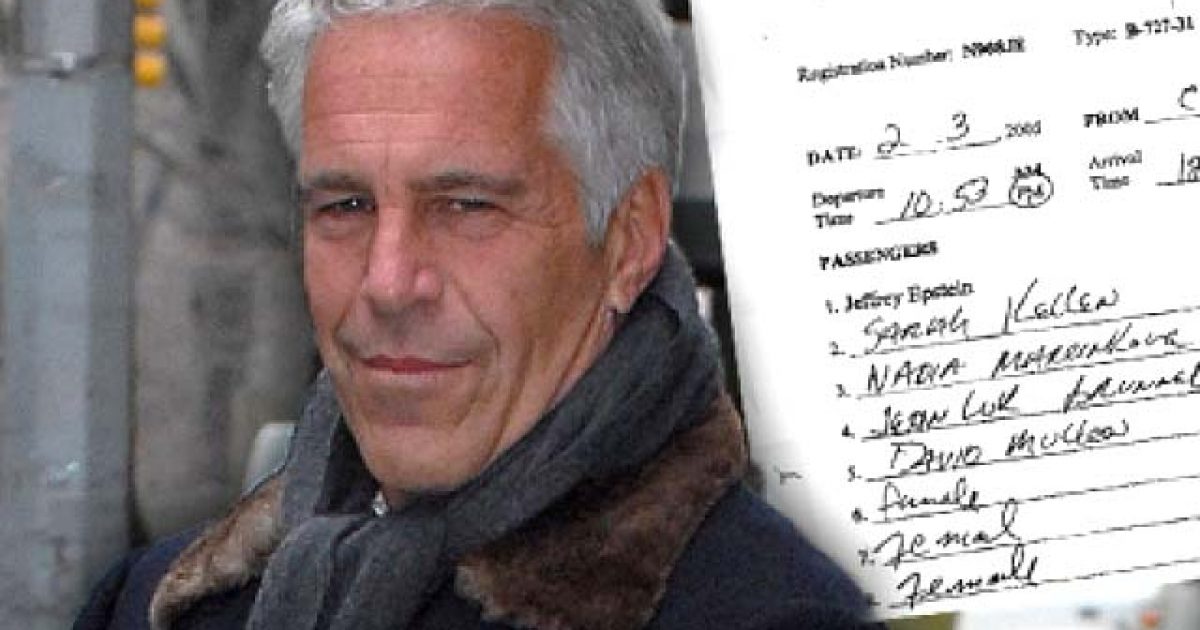 It looks like the world may actually have the names of prominent people in society in the world exposed in an upcoming December 4 trial of convicted sex offender and billionaire Jeffrey Epstein due to a civil lawsuit that was filed nearly ten years ago.

The lawsuit has been ongoing since 2008 between Epstein and attorney Bradley Edwards, and should the two not reach a settlement by September 21, the trial will move forward.

According to The Palm Beach Daily News:

However, the money manager who counts President Donald Trump, former President Bill Clinton and Britain’s Prince Andrew among his friends has no plans to be there, his attorneys said.

As a result, attorney Jack Scarola said he will be forced to read excerpts from Epstein’s sworn statements. The part-time Palm Beach resident refused to answer nearly every question — ranging from how many times he had sex with the girls at his waterfront mansion to how much he is worth. In each case, he invoked his 5th Amendment right against self-incrimination.

Epstein attorney Scott Link said the strategy is simply to vilify Epstein. “Mr. Scarola and Mr. Edwards want to show what a horrible person Mr. Epstein was,” he said. “They hope the jury dislikes Mr. Epstein enough to award Mr. Edwards lots of money in damages.”

While Judge Hafele threw out some of the questions, he said Epstein’s relationship with the young women and his net worth are relevant to the malicious prosecution lawsuit Edwards filed against Epstein.

Link argued that Epstein has good reason not to answer questions about his relationships with young women. While Epstein pleaded guilty in 2008 to state charges of soliciting a minor for prostitution and soliciting prostitution and served 13 months in jail, Edwards is trying to convince a federal judge to reopen the investigation.

Until U.S. District Judge Kenneth Marra decides whether federal prosecutors violated the Crime Victims’ Rights Act by not telling the young women that they agreed to drop their investigation if Epstein pleaded guilty to the state charges, Epstein is not off the hook, Link said.

Edwards successfully sued Epstein on behalf of nearly 4o teen girls, all considered underage, who said they were paid by Epstein to massage while he masturbated.  Even with all the facts and the testimonies, Epstein was offered a plea agreement, in which he pled to lesser charges of “soliciting prostitution and procuring a minor for prostitution.”  For that, he was sentenced to 18 months in jail at the Palm Beach County Jail with his own private cell, which he only served 13 months, and paying multi-million dollar settlements to the victims.

That plea deal was part of an agreement Epstein made with the FBI to acquire it, according to 300-pages of documents released by the Bureau back in May of this year.

Still, it was not revealed what information was provided by Epstein.

According to a report from The Washington Standard, Rachel Blevins asked:

What could Epstein have possibly provided information about? It is no secret that he was known for having wealthy and powerful friends. Former President Bill Clinton was among Epstein’s closest friends, and the flight logs from Epstein’s private jet revealed that Clinton was listed as a passenger on the jet at least 26 times between 2001 and 2003, which would have put Clinton on the plane at least once a month during the two-year period.

Epstein was also close friends with Prince Andrew, who was named in a lawsuit filed by a woman in 2014, claiming that when she was a teenager, she was kept on Epstein’s private island where she treated as a “sex slave” and forced to have sex with Prince Andrew.

President Donald Trump is another name on Epstein’s list of wealthy friends, and in 2002, he described Epstein as a “terrific guy” who had been his friend for 15 years. “He’s a lot of fun to be with. It is even said that he likes beautiful women as much as I do, and many of them are on the younger side,” Trump said.

The federal prosecutor who was responsible for Epstein’s offensively light sentence was attorney Alexander Acosta. Instead of facing backlash, he was promoted, and last year he became the United States Secretary of Labor after he was nominated by Trump.

Whether the “information” Epstein provided to the FBI to get out of spending years in prison could have been about Clinton, Trump, Prince Andrew, or any of his other wealthy friends, the fact is that the FBI is confirming that it has no problem setting a sexual predator free to continue to harm young girls, a decision that arguably hurts the public more than it helps.

Perhaps, the information is being used or more than likely, it is being suppressed to protect the guilty.

…in 2015 Politico reported that court documents released through litigation appeared to show prosecutors cooperating with Epstein’s lawyers to keep the deal secret. Assistant U.S. Attorney Marie Villafaña used her personal Gmail account to suggest to one of Epstein’s lawyers that they file legal papers in a different jurisdiction as a way to “hopefully cut the press coverage significantly.”

Villafaña told Epstein’s attorney that she would “include our standard language regarding resolving all criminal liability and I will mention ‘co-conspirators,’ but I would prefer not to highlight for the judge all of the other crimes and all of the other persons that we could charge.”

Edwards and Paul Cassell filed a court document in response to the revelations, stating that “the victims’ allegations of a conspiracy between the Government and Epstein’s attorneys to conceal the existence of a broad non-prosecution agreement are not mere speculation, but appear to be well supported.”

The suspicion of improper deal-making is one of the key reasons these women and Bradley Edwards have fought for this lawsuit for the last ten years.

The Guardian reported in 2015 about a motion brought by two women who alleged to be victims of Epstein against the US government, who were unhappy with the terms of the plea deal, included a bombshell for many, but for those of us who have been covering the pedophile rings for years, it’s mere confirmation.

In the latest twist, lawyers for the two women filed a motion in a Florida court this week attempting to add two new plaintiffs to the case. That document surfaces new allegations against Epstein and his associates.

The motion portrays Epstein as running a “sexual abuse ring”, loaning out underage women to “prominent American politicians, powerful business executives, foreign presidents, a well-known prime minister, and other world leaders”. Epstein’s lawyers did not respond to repeated requests for comment but others identified in the court document have strenuously denied the woman’s accusation.

Those forcefully rejecting the allegations contained in the court filing on Friday include Prince Andrew, the Duke of York. His friendship with Epstein stems back to the early 1990s. Epstein was also a friend of Andrew’s former wife, Sarah Ferguson, once lending her £15,000 to reduce some of her debts. Ferguson later said she regretted taking Epstein’s money, which she described as “a gigantic error of judgment”.

Of course, once word that Prince Andrew was named, Buckingham Palace issued a public statement:

“This relates to long-running and ongoing civil proceedings in the United States to which the Duke of York is not a party.  As such we would not comment in detail. However, for the avoidance of doubt, any suggestion of impropriety with underage minors is categorically untrue.”

Is the world going to hear names?  Probably not because to do so would probably be a death sentence for Epstein.  In fact, I’m actually surprised the man is still six feet above ground.  Nevertheless, we shall see as this all plays out.

Is the Transition to Harris Underway? Why No SOTU Address? Do We Not Have a President?
March 7th, 2021 Conservative Firing Line