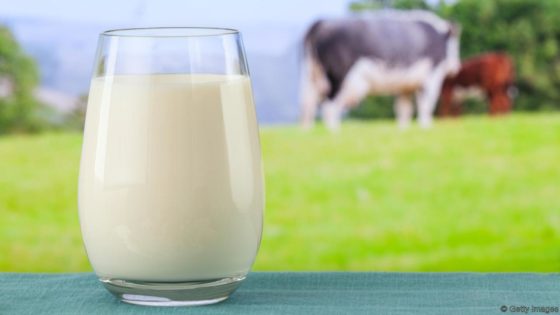 In the era of social justice warriors, when racism doesn’t exist, it’s manufactured out of thin air.  A sociology professor has now invented a “tool of white superiority” and it’s something most of us – regardless of our race – have sitting in our refrigerators right now.

Milk is racist, according to George Washington University Law School’s writing professor Iselin Gambert.  Ignoring the fact that all human women have the ability to produce milk to feed their babies, Gambert decided to go looking for racism. She also sees milk as a tool of the patriarchy, which is incredibly unsurprising.

Milk is one of the most ubiquitous and heavily regulated substances on the planet – and perhaps one of the most contested. It is tied closely to notions of purity, health, and femininity, and is seen as so central to human civilization that our own galaxy – the Milky Way – is named after it. But despite its wholesome reputation, milk has long had a sinister side, being bound up with the exploitation of the (human and nonhuman) bodies it comes from and being a symbol of and tool for white dominance and superiority. –Iselin Gambert, Got Mylk? The Disruptive Possibilites Of Plant Milk

According to Breitbart, who found this oddly disturbing “research” paper, the crux of arguably the dumbest research paper that Breitbart News has covered is Gambert’s argument in favor of a widespread adoption of “mylk,” a plant milk replacement that she argues has the potential to cure society’s issues with bigotry, patriarchy, and the exploitation of animals.

This article argues that while plant milk should not be legally prohibited from being called “milk,” it may not be a word worth fighting for given the entanglements of milk with the oppression and exploitation of women, people of color, and nonhuman animals.  –Iselin Gambert, Got Mylk? The Disruptive Possibilites Of Plant Milk

The paper dedicates a significant amount of its whopping 75 pages to attempting to manufacture a connection between the consumption of milk and bigotry against women and minorities. In another section of the paper entitled “Milk and patriarchy,” Gambert argues that the consumption of milk is directly related to the oppression of women, according to Breitbart.  “A number of scholars have written about Western patriarchal society’s consumption of and relationship to milk as being “rooted in gender stereotypes, inequalities, and injustices,” she writes.

While we agree that milk and even the plant-based alternatives, which are great for those suffering from a lactose intolerance, should not be so heavily regulated by the government; we also find it quite difficult to draw a line between milk consumption and bigotry or the patriarchy. It sure looks like SJWs are trying to invent outrage and manufacture racism and sexism where none exists.