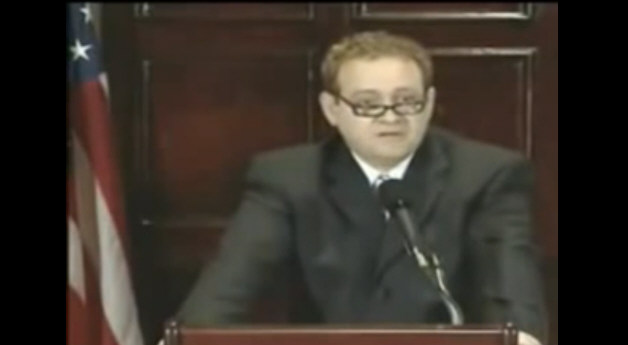 Hint: His name was NOT Michelle.

Today let’s break one out from the archives, while the testimony of one of Obama’s alleged gay lovers can still be found.

On November 6, 1999 after picking me up at the Hotel in Gurnee“ and this is significant “ Mr. Multani used his cellphone to make a call. That call was made to then-Illinois State Senator Barack Obama to set up an introduction between me and Senator Obama.

Upon arriving at the bar and exiting the Limo, Senator Obama was standing next to Mr. Multani and I was introduced to Senator Obama. Later that evening at a bar which I believe was called Alibis, and I state believe which I failed so far to get Citi Group to provide the credit card receipts which has the actual name.

I mention I could use a line or two to wake up. Senator Obama asked me if I was referring to coke and I stated I was, Obama stating I was, Obama states he could purchase cocaine for me and then made a telephone call “ and this too is significant ” from his cellphone to a presently unknown individual during which Senator Obama arranged the cocaine purchase.

Meet Larry Sinclair, a guy who liked to do cocaine, spend money and have sex with strange men.

Many have claimed that our former president had similar interests.

Here is a video of a Larry Sinclair press conference from which the above partial-transcript was taken.

Larry Sinclair was not alone in claiming Barack Obama enjoyed cocaine and sex with men.

She was the Obama classmate that claimed Barack Obama would sleep with older white men in order to get cocaine. I found this at Huffington Post of all places:

A woman who claims to have been a classmate delivered some bizarre claims about President Barack Obama in an interview.

As Right Wing Watch first reported, Mia Marie Pope told right-wing preacher James David Manning that she believes that Obama was not only active within the gay community, but also a heavy cocaine user during his years in Hawaii.

“He always portrayed himself as a foreign student,” Pope said. “Girls were never anything that he ever was interested in … He would get with these older white gay men, and this is how we just pretty much had the impression that that’s how he was procuring his cocaine.”

She then notes, “In other words, he was having sex with these older white guys and that’s how he was getting this cocaine to be able to freebase.”

Obama has been accused multiple times of homosexual encounters & relationships. Donald Young, a member of Obama’s church was murdered and some say it was because “dead men tell no tales” …that he was silenced because of what he might reveal about Barack Obama’s lifestyle choices.

Shortly before her untimely death, even the late Joan Rivers stated that Barack was gay and Michelle was transgender. She died of medical malpractice shortly after. Some suggest she was intentionally “malpracticed.”

We may never know for certain if any of these claims are true. But at least the alternative media is willing to ask the hard questions that the mainstream never will.

The legend of “Bath House Barry” will not die on my watch. I think it is important to keep reviewing recent history while it is still there. So many of the photos and videos are now disappearing and the stories are being lost in internet oblivion.

I will keep printing reports like this, to try to keep them alive. But it is no secret that alternative media is being hit hard by censorship and that censorship is costing us money. So if you can spare a small donation of $5 it would help.

We will find a way to go on, because the truth can not die on our watch. Mainstream media can not be allowed to write history without those that have the courage to challenge their version of it.