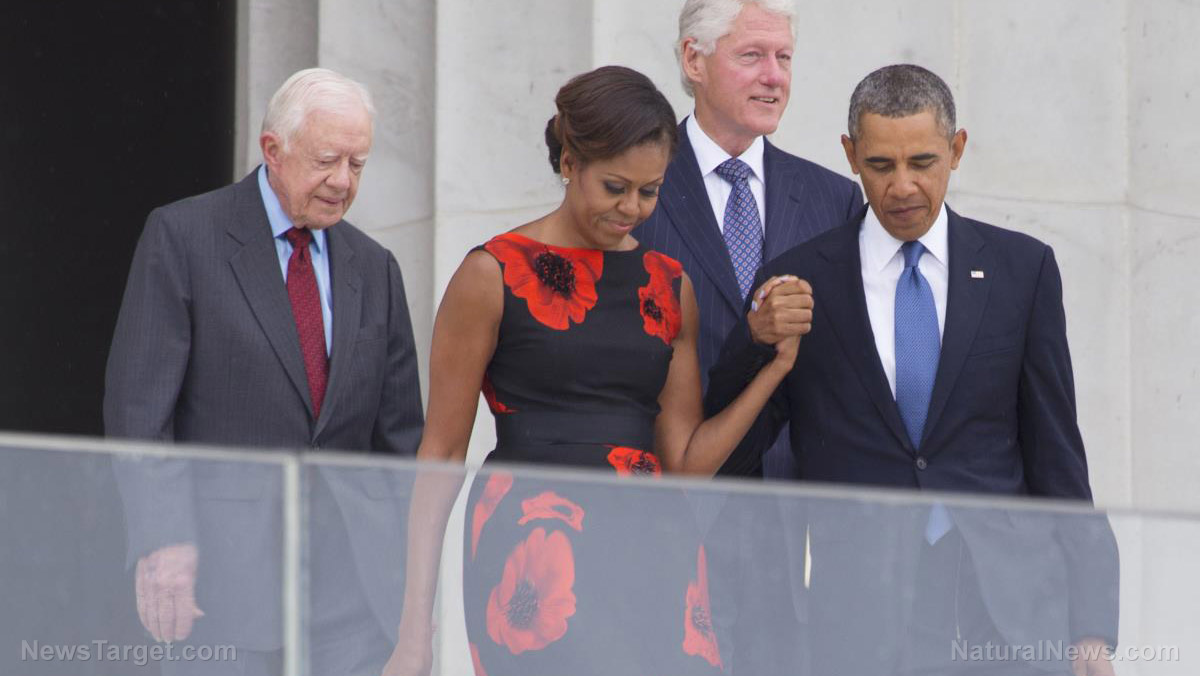 (Natural News) For months, many conservatives have openly speculated what role former President Obama may have had in “Spygate” – the Deep State ‘counterintelligence’ operation launched to spy on the 2016 Trump campaign and infiltrate it with informants.

Previously, some analysts who ought to know have said with certainty that they believe there is no way Obama would not have known about the operation because, if for no other reason, he would have had to approve it.

In May, Ari Fleischer, the former White House spokesman for George W. Bush, told Fox News with no uncertainty that Obama knew from the outset about the scandal that would become Spygate.

BREAKING: Bush press secretary Ari Fleischer said "I guarantee the answer is yes" to whether Obama knew Halper & others were deployed to spy on Trump campaign. Fleischer explained that no FBI director would put informants inside a presidential campaign w/o the prez authorizing it

“BREAKING: Bush press secretary Ari Fleischer said “I guarantee the answer is yes” to whether Obama knew Halper & others were deployed to spy on Trump campaign. Fleischer explained that no FBI director would put informants inside a presidential campaign w/o the prez authorizing it,” he wrote.

Now, there appears to be new evidence proving that Obama did indeed know what was going on and that he was most likely the ringleader.

Tom Fitton, the president of government watchdog organization Judicial Watch, wrote in a brief posted on the group’s website Friday that according to a court filing, the Justice Department admitted that the secretive FISA court never even held hearings on spy warrant applications for Trump campaign official Dr. Carter Page, Ph.D., a former graduate from the U.S. Naval Academy and intelligence officer who served briefly as an advisor. (Related: Liar James Clapper now trying to cover for former boss Obama: ‘I’m sure he had no knowledge’ about Trump spy.)

Loophole in the law

How could this happen? According to the 1978 Foreign Intelligence Surveillance Act, which created the FISA court, the only time Americans can be put under intelligence community surveillance on American soil is after they obtain a warrant from the FISA court – right?

“I want you to remember that you heard it here first. Any ‘collector,’ their name for an informant working on a national campaign, must have a sign off by the Attorney General. Here that would be liar Loretta Lynch. Lynch, herself, would of had to have approved an informant on that campaign. And if she didn’t, then the FBI under James Comey was even more corrupt, going rogue in their attempt to destroy Donald Trump,” she said in May.

But there’s more. Recall that the first Page warrant was pushed through in October 2016, but that initial warrant was approved three subsequent times since. That means either Attorney General Jeff Sessions would have had to have approved them, or – more likely since Sessions recused himself – Deputy AG Rod Rosenstein did, the same man who appointed special counsel Robert Mueller.

There’s even more. As The National Sentinel reports, there is a loophole in the law that allows for the bypassing of the standard FISA court warrant process:

SEC. 102. ø50 U.S.C. 1802¿ (a)(1) Notwithstanding any other law, the President, through the Attorney General, may authorize electronic surveillance without a court order under this title to acquire foreign intelligence information for periods of up to one year if the Attorney General certifies in writing under oath.

As Fleischer notes, there was “no way” Obama wouldn’t have known Spygate was underway.

This is the ‘smoking gun’ connection to Obama.

Read more about the massive corruption of the Deep State at DeepState.news.