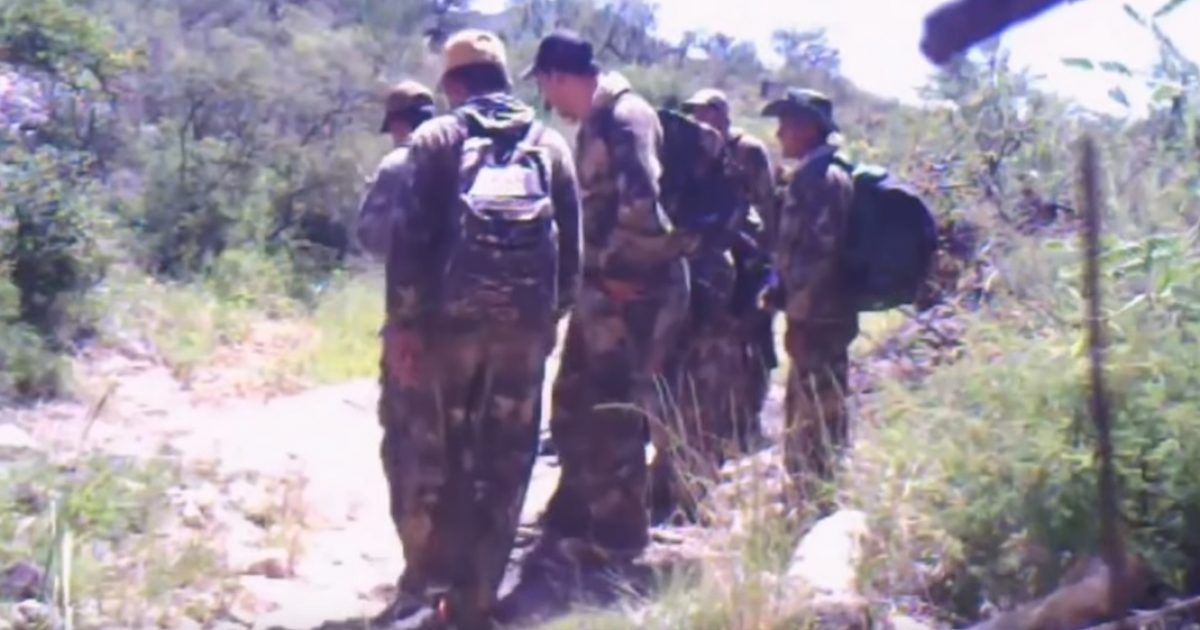 A rancher on the Arizona border provided the Daily Caller with video footage from his hidden cameras planted around his land. Most of the footage you are about to see is from 2018.

The video comes courtesy of Chilton Ranch and The Daily Caller.

Illegals crossing the border is nothing new and is fairly simple to do.

For instance, remember when Project Veritas’ James O’Keefe crossed the Texas/Mexico border dressed as Osama bin Laden only to discover there was no one there to stop him?

He followed it up to demonstrate just how insecure the northern border is also.

Back in June, Arizona ranchers invited Representative Nancy Pelosi (D-CA) and other representatives down to their land on the US / Mexico border to see just how insecure it is.

Yet, not all the ranchers believe a wall is a solution to the problem.

Perhaps, what we should be looking at is eliminating unconstitutional welfare programs, not only for illegal aliens, but for Americans as well.  I continue to be amazed at “conservatives” who support such things while they blast people like Barack Hussein Obama Soetoro Sobarkah for redistributing wealth in Marxist fashion.  Aren’t they doing the same thing?  Of course, they are!  And that only allows the foot in the door, or the camel’s nose under the tent, to then take it a step further and lure people into the country illegally to get free goodies on the backs of Americans.

These videos just demonstrate that the problem is not going away because President Donald Trump is in office.  It’s not going to go away if you elect enough Republicans either.  Build that wall, but fail to eliminate the welfare state and you are continuing on a Marxist path, not an American one.

As my late uncle once said, the only way to really solve the problems at the federal level is to run every single person out of DC and install a bunch of everyday, ordinary hard-working citizens who don’t have their hands out to the government and who understand the Bible and the Constitution.