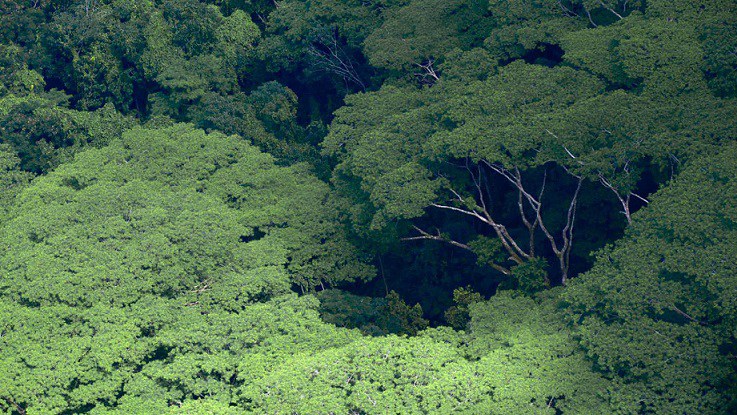 In 2015 in its alarming report, Global Forest Resources Assessment 2015, the Food and Agriculture Organization of the United Nations dolefully claimed that global tree canopy (or forests) had decreased by a catastrophic 129 million hectares in just 25 years:

But according to a new study published in Nature, satellite data show that in the 34 years from 1982 to 2016, global tree canopy cover actually increased by 865,000 square miles.

Here we analyse 35 years’ worth of satellite data and provide a comprehensive record of global land-change dynamics during the period 1982–2016. We show that—contrary to the prevailing view that forest area has declined globally5—tree cover has increased by 2.24 million km2 (+7.1% relative to the 1982 level). This overall net gain is the result of a net loss in the tropics being outweighed by a net gain in the extratropics. Global bare ground cover has decreased by 1.16 million km2 (−3.1%), most notably in agricultural regions in Asia.

The greatest increase in tree canopy or forests occurred in Europe, including European Russia, where it exploded by 35%. China is a close second, where tree canopy gained 34%. In the U.S., tree canopy increased by 15%.

In fact, the increase in forests in the United States and bad management are fueling the terrible scourge of California wildfires.

Umair Irfan reports for Vox on Sept. 4, 2018, that California has 129 million dead trees, spread across 8.9 million acres, which are kindling for wildfires:

The bumper crop of kindling helps explain why this has been the worst year on record for California wildfires. Already, more than 876,000 acres have burned in California, compared to 228,000 last year at the same time. The Mendocino Complex Fire, now almost fully contained at more than 459,000 acres, is the single largest fire on record in state history. The largest fire before that, the Thomas Fire, was just put out in January this year.