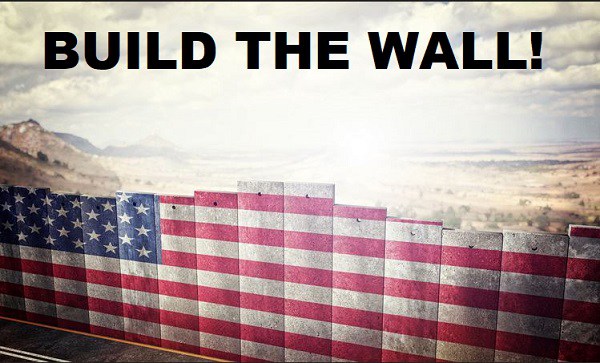 John Chilton, 79, is an Arizona rancher who lives on the U.S.-Mexico border.

He has hidden cameras on his 50,000-acre property and collected hours of video of illegal aliens trespassing on his property, carrying large backpacks and wearing camouflage. Some brought horses.

As in the case of the “refugees” invading Europe, the illegals crossing into Chilton’s Arizona ranch are all young, military-aged males.

Some of them are armed, with guns.

Chilton is especially concerned about the drug mules and human traffickers crossing the border as his property is in a remote area known for drug and migrant smuggling. Chilton told the Associated Press, “We have drug runners coming through our ranch and this has become a very dangerous situation.”

Last June, a U.S. Border Patrol agent was shot on Chilton’s property while canvassing the area. The agent was wounded in the leg and the hand; several bullets also struck his protective vest. Chilton said that without the vest, the agent “probably would not be with us today.”

Chilton’s property is separated from Mexico by only a four-strand wire fence. He is a supporter of President Trump’s wall.

Below is a 25-minute video showing a steady stream of people illegally crossing into the United States and trampling over Chilton’s land. Some of the footage goes back to 2016, but most of it is from 2018.