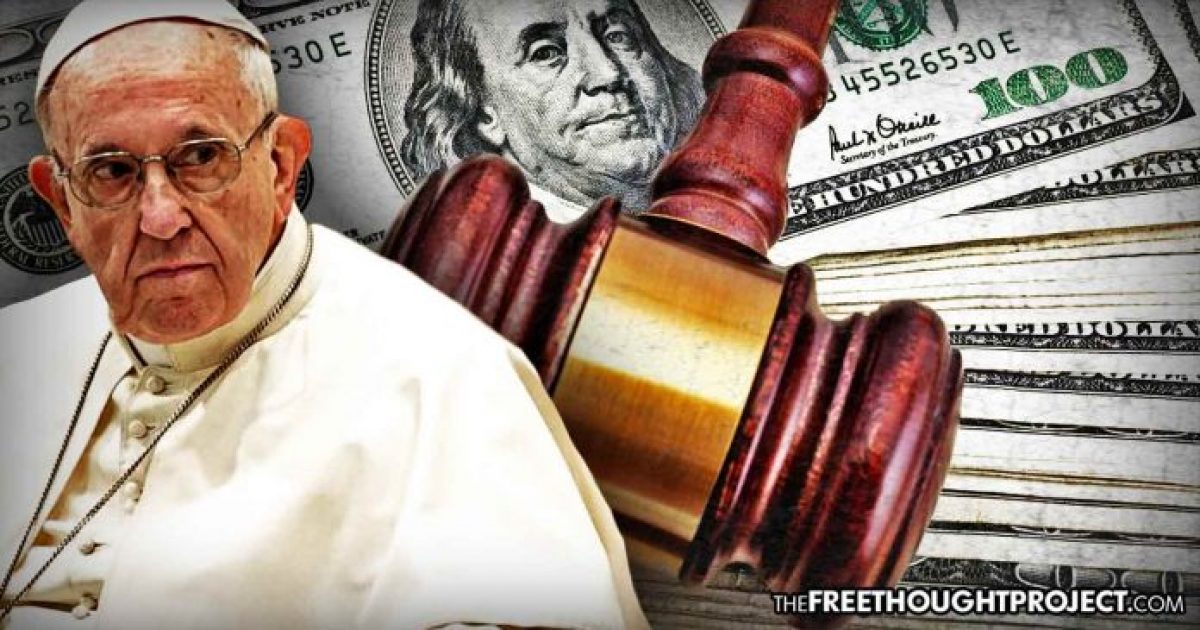 In light of the growing pedophilia and sexual assault scandal rocking the Catholic Church, it is important to remember that not very long ago the organization was found paying off a lobbying firm to block bills related to sex crimes against children.

In 2015, the New York State Catholic Conference, contracted the lobbying groups, Wilson Elser Moskowitz Edelman & Dicker, Patricia Lynch & Associates, Hank Sheinkopf, and Mark Behan Communications to block a bill called the Child Victims Act, which was aimed at making it easier for victims of child sex crimes to come out against their accusers. The bill also sought to extend the statute of limitations for sex crimes, since many victims are too afraid to speak out until too much time has passed to prosecute.

Between 2007 and 2015, the Catholic church in New York only spent more than 2.1 million dollars lobbying on various bills, mostly related to sex offenses.

This week, the Catholic Church got more bad news, as it was announced that the states of New York and New Jersey were launching investigations into how the church has handled sex crimes within its ranks.

Following the announcement, the New York state’s attorney general sent subpoenas to every Catholic representative in the state, requesting any records that were kept in regards to internal investigations of sexual abuse within the church.

The AG is seeking any and all documents pertaining to allegations, findings from internal church investigations and payments to victims, according to a law enforcement source familiar with the investigation but not authorized to speak publicly.

New York archdiocese spokesman Joseph Zwilling said that the network of churches in the state will be fully cooperating with authorities.

“It is not a surprise to us that the attorney general would look to begin a civil investigation, and she will find the Archdiocese of New York, and the other seven dioceses in the state, ready and eager to work together with her in the investigation,” Zwilling said.

Attorney General Barbara Underwood, who is leading the investigation, said that the growing scandals across the country have motivated her efforts.

“The Pennsylvania grand jury report shined a light on incredibly disturbing and depraved acts by Catholic clergy, assisted by a culture of secrecy and cover-ups in the dioceses. Victims in New York deserve to be heard as well – and we are going to do everything in our power to bring them the justice they deserve,” Underwood said.

As TFTP reported last month, a scathing grand jury report revealed that hundreds of Catholic priests in the state of Pennsylvania sexually abused young children, a portion focuses specifically on Pittsburgh where nearly 100 priests are accused of running a pedophile ring where they helped each other prey on helpless children with no oversight.

The report claims that at least 99 priests in the Pittsburgh Diocese were involved in the pedophile ring—nine of whom were not named—and they received help from local officials who refused to explore investigations into the abuse because it was considered “bad publicity” for the Catholic Church.

The priests are accused of working together in a predatory ring that was ongoing for years in which they “manufactured child pornography, shared intelligence on victims and gave large gold crosses to certain boys to mark them as already being ‘groomed,’ for abuse,” according to a report from Penn Live.

John Vibes is an author and researcher who organizes a number of large events including the Free Your Mind Conference. He also has a publishing company where he offers a censorship free platform for both fiction and non-fiction writers. You can contact him and stay connected to his work at his Facebook page. John just won a 3-year-long battle with cancer, and will be working to help others through his experience, if you wish to contribute to his treatments consider subscribing to his podcast to support.