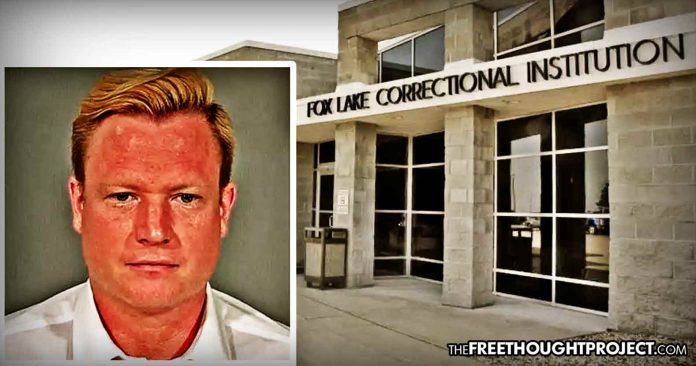 Dodge County, WI — 34-year-old Alex Wouts was recently found guilty of sexually assaulting three inmates on multiple occasions where he worked at the Fox Lake Correctional Institution. To make matters even worse, Wouts was HIV positive and had unprotected sexual contact with these men, knowingly putting them at risk.

DNA evidence confirmed the accusations against Wouts, including samples taken from inmates underwear.

Wouts was found guilty of five counts of second-degree sexual assault by correctional staff. He was sentenced to 35 years in prison. In addition to his sentencing, Wouts is also ordered to register as a sex offender upon release.

“The corrosive nature of the disparity in the power dynamic is a factor in what makes this offense so serious. The defendant can fairly be classified as a serial rapist,” Sempf said.

Sempf asked the court to give Wouts a 120-year sentence so he would never be let out of prison.

While working at the correctional facility, Wouts would threaten inmates with punishments and offer rewards to coerce them into sexual acts. According to one of the victims who came forward, Wouts said that he had been doing this with different inmates for nearly 10 years. One of the victims estimated that he had over 50 sexual encounters with Wouts.

When Wouts was first questioned about the allegations on Dec. 4, 2015, he reportedly laughed and told investigators that he was “not gay and would never ruin his reputation or his family to do something like that within the prison system.”

Fox Lake Correctional warden Randall Hepp said that Wouts is one of the worst correctional officers to come through the facility.

Wouts still claims that he is innocent and that he has never sexually assaulted any of these men.

“Overall, if someone would do something like that to me, I’d say something now. Not in two to three weeks. I wouldn’t just decide to sexually assault inmates,” Wouts said.

This is a typical defense used by perpetrators of sexual abuse, that a person did not report the crime immediately. However, many victims of these types of crimes are afraid to come forward immediately after the attack especially in cases like this where there is such an extreme power differential.

As TFTP has reported, while independent researchers began tracking how many people are killed by cops every year, no one was tracking how many crimes were committed by cops. However, that is beginning to change, and the data shows that the problem is staggering.

Last year, a study exposed the startling fact that police officers are arrested about 1,100 times a year, or roughly three officers charged every day. Many of these arrests are over unspeakable sex crimes.