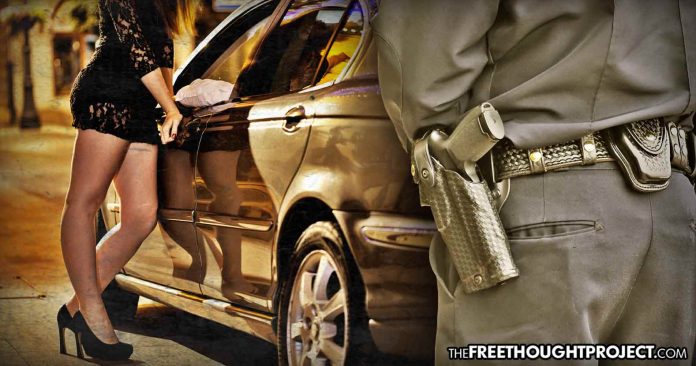 New York, NY — This week, it was reported that seven NYPD cops of various ranks have been arrested for being involved in a massive prostitution and gambling ring. The officers have reportedly been under investigation since 2015 when the city’s internal affairs department received a tip from a whistleblower in the department.

Two detectives were placed on modified duty after the arrests, but it is not clear what their relation to the case is. An additional 30 police officers are wanted for questioning in relation to this investigation. Forty other civilian suspects were also arrested in the investigation, according to an NYPD spokesman.

NYPD Commissioner James O’Neill told News 4 New York that,”Today, those who swore an oath and then betrayed it have felt the consequences of that infidelity. The people of this Department are rightly held to the highest standard, and should they fail to meet it, the penalty will be swift and severe. The internal affairs bureau initiated this probe and in doing so, has sent a clear message: there is no place in the NYPD for criminal or unethical behavior,” O’Neill said.

On Wednesday, the Brooklyn South Narcotics building was on lock down as investigators searched the premises and looked through the lockers of different officers.

The officers are facing charges of enterprise corruption, promoting prostitution and official misconduct.

Mike Palladino, head of the Detectives Endowment Association, said, “The allegations are disturbing and if true reflect negatively on the entire NYPD. However, like everyone else, the detectives have a presumption of innocence until proven otherwise.”

Obviously voluntary prostitution is a victimless crime and should not be against the law as it is two consenting adults engaging in a mutually beneficial agreement. There is nothing wrong with prostitution or gambling, but the problem here is that these officers put people behind bars for these crimes, while doing the very same things themselves, and using their position as police to gain an upper hand in the black market.

The NYPD may want to pass this off as another case of “a few bad apples,” but these bad apples exist in every department. And as investigations like this one show, many departments are crawling with dirty cops. In fact, we regularly report on cases just like this.

In one 2015 case, a NYPD cop who was tasked with fighting prostitution was himself exposed as a pimp. Another NYPD cop was caught operating 58 different escort service websites and he only received a sentence of 15 months. The officer raked in millions upon millions of dollars and laundered the money through a vast system of shell corporations connected to organized crime before he was brought down in a DHS investigation.

Cops who try to speak out about these things are punished more often than those who are actually involved. As The Free Thought Project reported, four cops in Fort Worth who tried to report their supervisor for being a suspect in a prostitution case were all suspended without pay.

The suspicions arose after the officers showed a picture of their sergeant to two prostitutes who identified him as a “john.”

This is the state of police in America today.