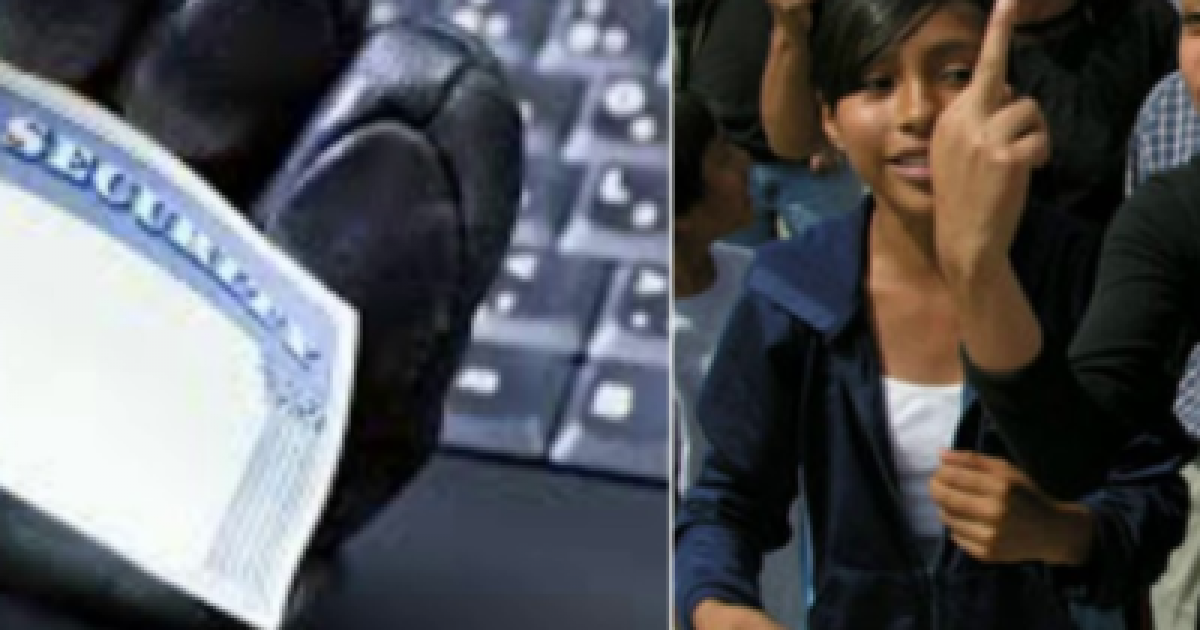 Immigrants, it seems, have been busy little bees and stealing, with alarming and rising regularity, Americans’ Social Security numbers as means of obtaining employment and benefits, illegally. in this country.

By a recent count, nearly 40 million Social Security numbers have been stolen and used by illegals and others just to obtain employment.

Children, especially, are vulnerable to the thefts.

From the Washington Examiner:

Nearly 40 million Social Security numbers have been stolen and used by illegal immigrants and others to get work, according to agency records obtained by an immigration reform group.

The Immigration Reform Law Institute said that from 2012 to 2016 there were “39 million instances where names and Social Security numbers on W-2 tax forms did not match the corresponding Social Security records.”

The group said that there is a “thriving black market” used by illegal immigrants to get Social Security numbers needed to get a job.

Their report draws attention to a move by former President Barack Obama to stop sending so-called “no match” letters to employers notifying them that numbers used by employees on the wage forms do not match their identity.

The change followed the president’s decision to approve amnesty for some 700,000 younger immigrants let into the U.S. under his Deferred Action for Childhood Arrivals. Some of those have been dubbed “dreamers.”

“The Social Security numbers of young children are especially sought by illegal aliens, as this theft is likely to go undetected for years. As children reach late teenage years and apply for credit for cars, student loans, and other needs, they may find that their credit has been compromised with mortgages, credit cards and criminal records attached to their identities,” said the group.

“This investigation shines a light on the depth of America’s problems as a result of allowing illegal aliens into the country,” said Dale L. Wilcox, executive director and general counsel of IRLI. “It also debunks the idea that being in the country illegally is a victimless crime. Millions of Americans, in many cases children, are having their identities stolen to enable even more criminal activity. Illegal aliens should not reap Social Security benefits that result from the commission of identity theft.”