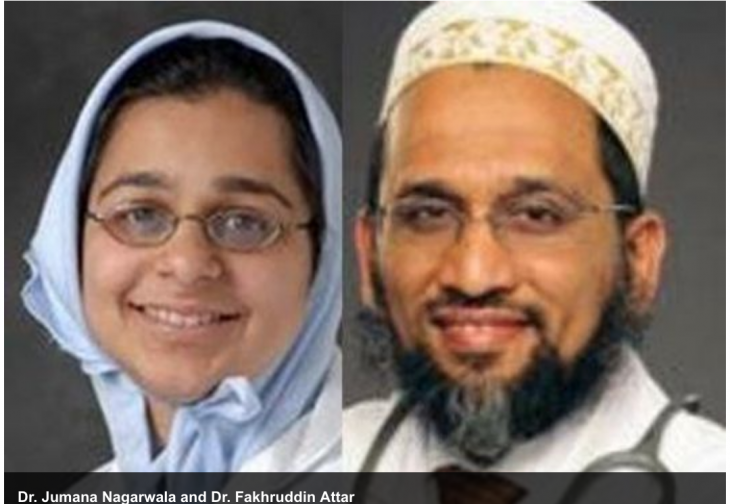 All three Illinois girls were about 7 years old at the time of the procedures ….. the doctors are using a religious defense. “Freedom of religion” – freedom to mutilate, murder, hate ….

Genital mutilation victims break their silence: “This is demonic.”

The indictment charges Dr. Jumana Nagarwala with Conspiracy to Travel with Intent to Engage in Illicit Sexual Conduct. She is accused of bringing people from the state of Minnesota to Michigan.

THE FEDERAL GOVERNMENT HAS FOUND THREE MORE FEMALE GENITAL MUTILATION VICTIMS WHO TRAVELED TO MICHIGAN FOR THE PROCEDURE — ALL OF THEM ELEMENTARY SCHOOL GIRLS FROM ILLINOIS WHOM PROSECUTORS SAY WERE BROUGHT HERE BY THEIR MOTHERS FOR RELIGIOUS CUTTINGS.

All three Illinois girls were about 7 years old at the time of the procedures, according to a new indictment filed Wednesday in U.S. District Court in Detroit, where eight people are facing charges in the nation’s first genital mutilation case, including two doctors and four mothers.

According to the new indictment, one of the Michigan girls was given Valium ground up in liquid Tylenol during her procedure in 2015.

For Nagarwala, this latest indictment comes with some bigger headaches as the government re-charged her with a crime that could send her to prison for 30 years if convicted: conspiracy to travel with intent to engage in illicit sexual conduct.

Nagarwala had initially been charged with a similar crime — it carried a life sentence — accusing her of transporting a minor with intent to engage in “sexual activity.” A federal judge dismissed that count eight months ago, concluding there wasn’t merit for it, as the defense argued.

But this time around, the prosecution added in a tweaked version of that crime, accusing Nagarwala of “illicit sexual conduct” as opposed to “sexual activity.” This charge involves the 2017 cuttings involving the two Minnesota girls  who described the procedures as painful.

According to court documents, one girl said that she got a shot, screamed, and “could barely walk after the procedure, and that she felt pain all the way down to her ankle.” The other said she was “laid on an examining table with her knees near her chest and legs spread apart,” that she was “pinched” in the genital area, that it “hurted a lot” and that there was “pain and burning.”

Both girls were told to keep the procedures a secret, court records show. One said “the doctor made her (friend) cry.”

Genital mutilation victims break their silence: ‘This is demonic’

Nagarwala’s lawyer, Shannon Smith, was not available for comment. She has long maintained that her client never engaged in female genital mutilation, but rather performed a benign procedure that involves a scraping of the genitalia. The procedure, the defense has argued, is a religious practice of the Dawoodi Bohra, a small-Indian Muslim sect of which Nagarwala and her codefendants are members of.

The defense also is challenging the 1996 law that criminalized female genital mutilation in the United States, alleging it is unconstitutional. It carries a maximum five-year prison sentence.

The case involves allegations that Nagarwala and others for years subjected children to genital mutilation procedures out of a Livonia medical clinic during after hours, and went to great lengths to keep it secret. Her codefendants are Dr. Fakhuruddin Attar, who is accused of letting her use his Livonia clinic to carry out the procedures; and his wife, Farida Attar, who is accused of assisting Nagarwala in the examination room during the procedures. A fourth woman, Tahera Shafiq, also is charged with assisting in the exam room.

The other four defendants are mothers, accused of subjecting their children to the practice.

According to court records, Nagarwala and the Attars instructed members of their religious community not to speak about the genital cutting procedures that had taken place.

Prosecutors have argued that the federal genital mutilation law is clear: It prohibits “knowingly circumcis(ing), excis(ing) or infibulat(ing) the whole or any part of the labia majora or labia minora or clitoris of any other person who has not attained the age of 18 years.”

Assistant U.S. Attorney Sara Woodward has argued repeatedly in court that the defendants knew what they were doing was illegal, but did it anyway. She has called their crimes “heinous” and argues the harm was severe.

“According to some members of the community who have spoken out against the practice, the purpose of this cutting is to suppress female sexuality in an attempt to reduce sexual pleasure and promiscuity,” a Homeland Security Investigations special agent wrote in a 2017 court filing.

Especially egregious, authorities have argued, is that this procedure was carried out by a doctor who took an oath to do no harm.

“She knew that this was illegal but did it anyway,” Woodward has said of Nagarwala, stressing: “As a medical doctor, she is aware that female genital mutilation has no medical purpose.”