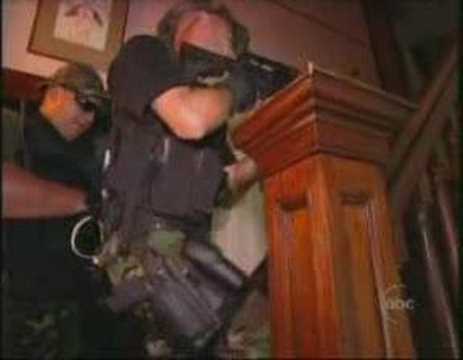 With hurricane Florence starting to pound the eastern coast, a State of Emergency has been issued in several states, including the Carolinas and Virginia. However, this is troublesome for more reasons than the impending storm. Back in 2005, hurricane Katrina devastated New Orleans and left victims unarmed as Louisiana was also under a State of Emergency — which temporarily banned firearms for everyone except the police force.

While this ban is technically meant to protect civilians, it can do just the opposite, especially during a State of Emergency.

As a gun owner, it’s important to know your rights and be prepared to protect yourself and your loved ones when disaster strikes.

You Loot, I Shoot

Hurricanes bring with them destruction, chaos and temporary ghost towns. With that being said, some people choose to hunker down and stay in their hometown for a multitude of reasons.

Some are preppers, and find it more difficult to tackle the highway rather than set up some sandbags, board up some windows and stock up on beer. Some have more ill-fated intentions and are hoping to loot homes and shops before others return after the storm. And some stay exactly for that reason — to protect their property and belongings from people who feel like taking what they have.

When people stay to break in after the storm, it becomes necessary for you to protect your home and your family from dangerous situations. Guns can help deter robbers from stepping foot on your land, let alone stealing from it. When crime is much easier to get away with, it’s more important than ever to make sure you have the force necessary to keep the chaos outside of your home.

The Carolinas have a decent amount, but Virginia has the numbers when it comes to guns. At roughly 30 firearms per 1,000 people, Virginia is number five out of the top ten gun ownership states. During a State of Emergency, it is unconstitutional and illegal for government officials to confiscate guns.

After the havoc that ensued in New Orleans after guns were confiscated — the Virginia Citizens Defense Leaguepushed harder than ever to protect Virginia Law from suffering the same fate.

The law states, “(3) Empower the Governor, any political subdivision, or any other governmental authority to in any way limit or prohibit the rights of the people to keep and bear arms as guaranteed by Article I, Section 13 of theConstitution of Virginia or the Second Amendment of the Constitution of the United States, including the otherwise lawful possession, carrying, transportation, sale, or transfer of firearms except to the extent necessary to ensure public safety in any place or facility designated or used by the Governor, any political subdivision of the Commonwealth, or any other governmental entity as an emergency shelter or for the purpose of sheltering persons;”

This remains true to this day, meaning that governing bodies can try to “come and take them”, but it would be to no avail.

Hurricanes of this nature should be taken seriously, the same should be said about your right to defend yourself. High winds and flooding isn’t the only threat out there.

Prepare for the worst, hope for the best and above all — know your rights.