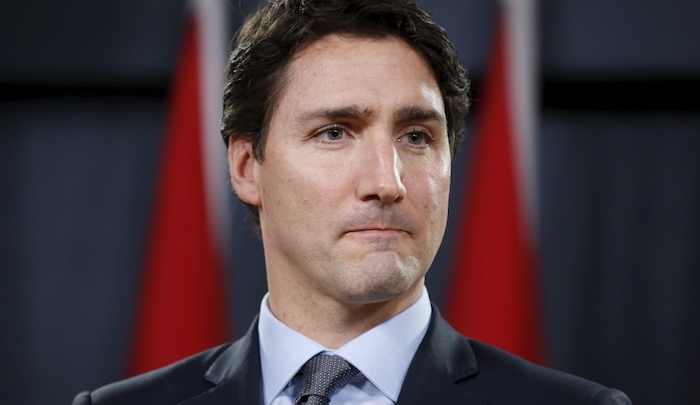 “This fall the Liberals are bringing forward Bill C75, which will change the range of penalties for a long list of serious crimes in Canada.” The three that are enumerated here all involve Islam: someone who abducts a 13-year-old girl will not face prison. This will give free rein to Muslim rape gangs. So will the relaxation of penalties for human trafficking. Then there will also be relaxed penalties for participating in a terrorist group. Trudeau seems to be paving the way for making Canada into a sharia state. These are the first steps toward accepting Islamic law.

“Dangerous Changes Coming to our Justice System,” by Ted Falk, MySteinbach, September 9, 2018 (thanks to Armaros):

Justin Trudeau and his Liberal Government want to change our criminal justice system again. This latest move shows just how soft on crime this government really is.

This fall the Liberals are bringing forward Bill C75, which will change the range of penalties for a long list of serious crimes in Canada.

For example, let’s say someone is convicted of abducting a 13 year old girl? Once he’s convicted, straight to prison right? Not necessarily. Under Justin Trudeau’s new proposed sentencing changes, a judge will now be allowed to consider the sentence as a summary conviction, instead of an indictable offence.

Summary conviction means that rather than serving jail time, a simple fine could be imposed. If that happens, the offender is right back out on the streets.

Or, let’s say someone is convicted of benefiting from human trafficking? Surely that person will go to prison, right? Again, not necessarily under this new legislation. A fine would now be an option for this offence.

A third example – A person is convicted of participating in a terrorist group. Just like the first two examples, I think everyone can agree that jail time is appropriate. However, if the new Liberal legislation is passed, judges again will have the ability to impose a fine on these offenders as well….