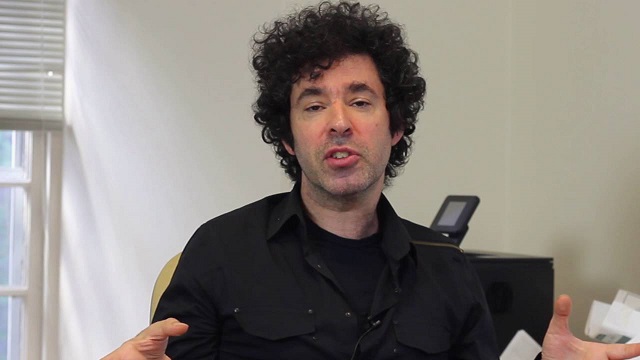 The Boston Review shared a short excerpt from the new book “How Fascism Works” by Yale professor Jason Stanley last week which argued that free speech needs to be scrapped because of “fascists” and “RT.”

What are the limits of freedom of speech? It is a pressing question at a moment when conspiracy theories help to fuel fascist politics around the world. Shouldn’t liberal democracy promote a full airing of all possibilities, even false and bizarre ones, because the truth will eventually prevail?

Perhaps philosophy’s most famous defense of the freedom of speech was articulated by John Stuart Mill, who defended the ideal in his 1859 work, On Liberty. In chapter 2, “Of the Liberty of Thought and Discussion,” Mill argues that silencing any opinion is wrong, even if the opinion is false, because knowledge arises only from the “collision [of truth] with error.” In other words, true belief becomes knowledge only by emerging victorious from the din of argument and discussion, which must occur either with actual opponents or through internal dialogue. Without this process, even true belief remains mere “prejudice.” We must allow all speech, even defense of false claims and conspiracy theories, because it is only then that we have a chance of achieving knowledge.

Should liberal democracy promote a full airing of all possibilities, even false and bizarre ones, because the truth will eventually prevail?

Rightly or wrongly, many associate Mill’s On Liberty with the motif of a “marketplace of ideas,” a realm that, if left to operate on its own, will drive out prejudice and falsehood and produce knowledge. But this notion, like that of a free market generally, is predicated on a utopian conception of consumers. In the case of the metaphor of the marketplace of ideas, the utopian assumption is that conversation works by exchange of reasons: one party offers its reasons, which are then countered by the reasons of an opponent, until the truth ultimately emerges.

Translation: we’re losing the debate and the conclusions people are drawing are different from our own, therefor we need to shut it down.

This book should have more accurately been titled, “The case against free speech.”

But conversation is not just used to communicate information. It is also used to shut out perspectives, raise fears, and heighten prejudice.

[…]in politics, and most vividly in fascist politics, language is not used simply, or even chiefly, to convey information but to elicit emotion.

The argument from the “marketplace of ideas” model for free speech thus works only if society’s underlying disposition is to accept the force of reason over the power of irrational resentments and prejudice. Language becomes a vehicle for emotion rather than meaning. If the society is divided, however, then a demagogic politician can exploit the division by using language to sow fear, accentuate prejudice, and call for revenge against members of hated groups. Attempting to counter such rhetoric with reason is akin to using a pamphlet against a pistol.

Indeed, America was totally unified before Drumpf came in and started using language in a totally new — and totally fascist way! When Obama called Middle Americans “bitter clingers” he was uniting us through the power of reason! Mill seems to think that knowledge, and only knowledge, emerges from arguments between dedicated opponents. Mill would surely then be pleased with the Russian television network RT, whose motto is “Question More.” If Mill is correct, RT, which features voices from across the broadest possible political spectrum, from neo-Nazis to far leftists, should be the paradigm source of knowledge production. However, RT’s strategy was not devised to produce knowledge. It was rather devised as a propaganda technique, to undermine trust in basic democratic institutions. Objective truth is drowned out in the resulting cacophony of voices. The effect of RT, as well as the myriad conspiracy-theory-producing websites across the world, including in the United States, has been to destabilize the kind of shared reality that is in fact required for democratic contestation.

What does it say about your society if it’s destabilized merely by hearing a myriad of voices? RT and “the myriad conspiracy-theory-producing websites across the world” have been so effective because they’ve given a voice to the voiceless who were barred from the controlled fake news media in America.

When you build a society on fake news and lies it’s destabilizing when people start telling the truth and reporting real news which runs counter-narrative. These America-hating leftists are furious they’ve lost control over the debate and that’s why they’re itching to burn the Bill of Rights and shut down all free speech on the internet. As Ann Coulter said two weeks ago on The Alex Jones Show: “Consider how strong liberals consider their arguments. They’ve got all of the mainstream media, one hundred percent. ABC, NBC, CBS, all the cable, the major newspapers, the major news magazines, they’ve got Yahoo, AOL. They have the Swamp, they’ve got Hollywood, they have Silicon Valley. And now they’re down to the last corners of the internet.”

“Oh no! Conservatives can speak to one another, we must shut it off!”