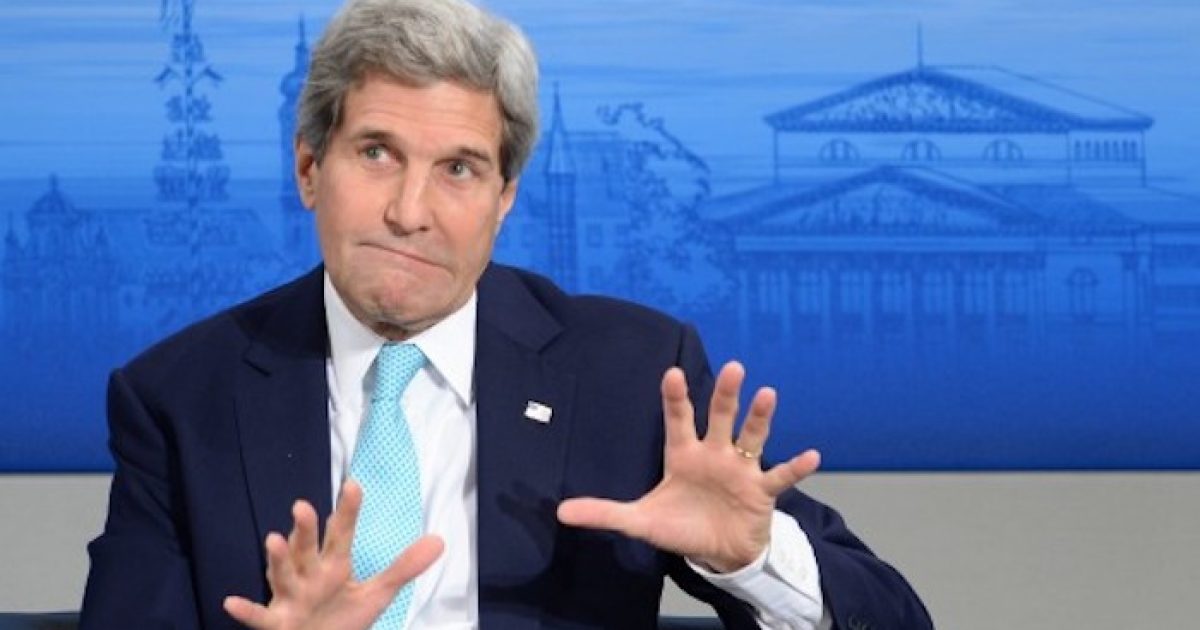 Does this not place Kerry in violation of federal law? The Logan Act forbids unauthorized people to engage in negotiations with foreign governments that are involved in disputes with the United States. The Logan Act’s intention is to prevent unauthorized negotiations from undermining the position of the U.S. government. Isn’t that exactly what Kerry is doing? Shouldn’t he be arrested and prosecuted?

Why is the Iran deal so bad? Find out all the shocking details in my book The Complete Infidel’s Guide to Iran

Former Secretary of State John Kerry disclosed that he has been conducting rogue diplomacy with top Iranian officials to salvage the landmark nuclear deal and push the Islamic Republic to negotiate its contested missile program, according to recent remarks.

Kerry, in an interview with radio host Hugh Hewitt to promote his new book, said that he has met with Iranian Former Minister Javad Zarif—the former secretary’s onetime negotiating partner—three or four times in recent months behind the Trump administration’s back.

Kerry’s comments are in line with previous reporting on his behind-the-scenes attempts to save the nuclear deal and ensure that Iran continues receiving billions in cash windfalls. These payments were brought to a halt by the Trump administration when it abandoned the nuclear agreement and reimposed harsh sanctions on Iran that have nearly toppled its economy and sparked a popular revolution.

Kerry said he met Zarif in Norway, Munich, and other international forums.

As Iran continues to plot terror attacks across the globe and transport weapons to regional hotspots in Syria and Yemen, Kerry has tried to help Zarif preserve the nuclear agreement with European nations….