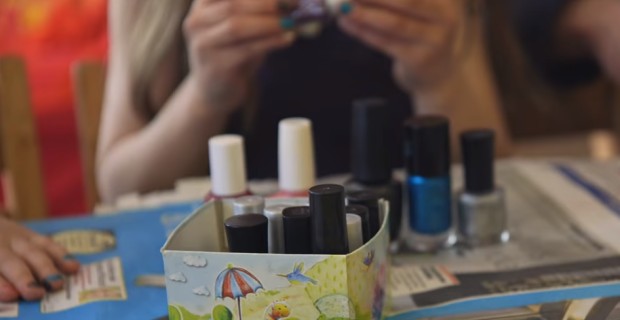 In an interview with Världen idag, “Anna,” who has been working in the kindergarten for two years, said she was quickly informed that telling children something they were wearing was “nice” was forbidden and that the pre-schoolers should not be assigned genders.

When Anna read books to the children, she noticed that all mentions of “he” or “she” had been covered with Tipp-Ex and replaced with the gender neutral pronoun “hen”.

She later discovered that the popular “Emil and Pippi” books had been thrown away because they didn’t feature any gender neutral characters and the bookshelves had “been filled with children’s books with subjects such as transsexuality and homosexuality.”

Anna also asserted that children as young as one and two were partaking in group discussions where they were told by teachers “that a girl could fall in love with a girl and boy in a boy.” The toddlers were then asked “Who are you in love with?”

Dolls, cars and trains have also been banned at the pre-school because they are gender-normative, while a boy who dressed up in a fireman’s outfit was told by a teacher to take it off and wear a dress instead even though he didn’t want to.

“I do not want a dress, I want this,” the boy said, to which the teacher responded, “But you know you’ll have a dress?”

Anna reveals how even some of the parents are on board with the indoctrination. When a mother came to pick up her son, Anna said to the boy, “Your mom is here,” to which the mother responded, “I’m not their mother, I’m a parent.”

Officials also told Anna not to say “Mom” and “Dad” because “a child can have two custodians of the same gender.”

Anna says that a 3-year-old girl who once proclaimed “I’m a boy today!” later asked her, “Am I a boy or girl?” to which Anna firmly responded, “You are a girl.”

“I cannot follow those rules. I just cannot. They are against everything I know,” concluded Anna.

The kindergarten in question was not named by the newspaper because they didn’t want to expose their source.

Since 1998, the Swedish government’s guidelines on schooling have “forbidden enforcing gender stereotypes, and government funded gender neutral kindergartens with gender aware teachers has made it possible for families to raise their children without a set gender identity,” according to a VICE report.

The populist Sweden Democrats just increased their presence in parliament after the country’s latest election, but given stories like this, in addition to Sweden’s rampant problem with crime, rape and mass immigration, one wonders whether it’s too late.